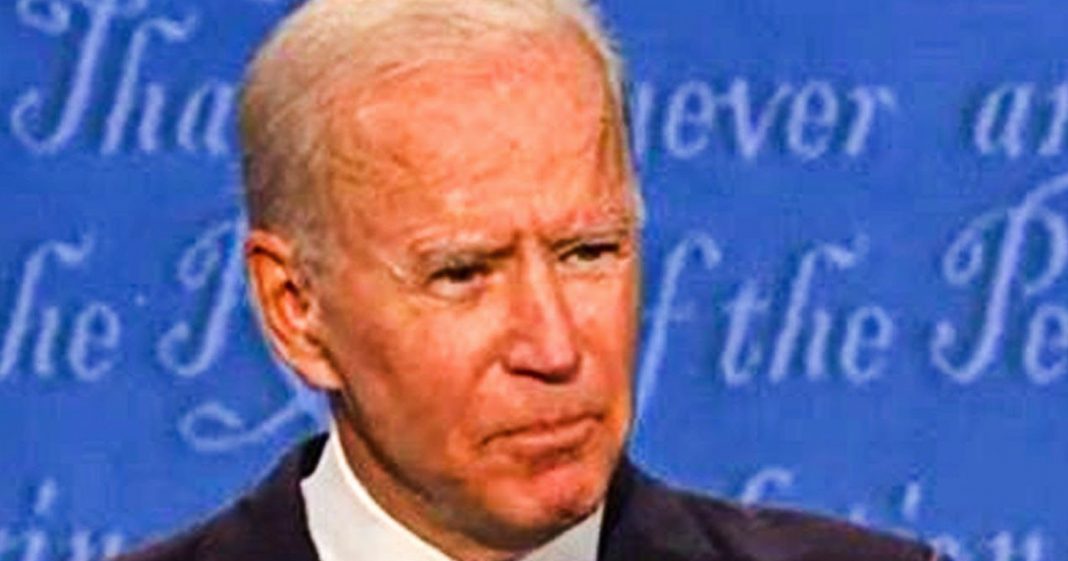 According to reports, President-elect Joe Biden is considering creating an office of Climate Change right in the White House, a move that would all but guarantee that the issue becomes a focus during his administration. However, the names being kicked around aren’t exactly ones that should inspire confidence, as there are far more qualified people that should hold this post. Ring of Fire’s Farron Cousins discusses this.

According to reports out this weekend. President elect Joe Biden is considering creating an office of climate change right there in the white house. Uh, this would not be an official government agency and therefore, whoever he puts in charge of it would not necessarily need to be, uh, approved by the Senate. Now that’s probably the best way to do this. However, that also means that they cannot enact any kind of policy. They can only put forward recommendations. So here’s the issue I have with this. Um, two names have popped up of people that he’s considering putting in this post. One of them is John Kerry. John Kerry has been around a long time. Senator, uh, ran for president, you know, secretary of state. He’s done all kinds of things. Good. Old boy been around for a long time. And that’s why I have a problem with that.

Climate change requires new ways of thinking fresh blood young blood may be definitely not somebody who spent the last 20 to 30 years in Washington, DC. So let’s, let’s get rid of him. And then the second name is even worse than that. Second name is John Podesta. You know, the guy who ran Hillary Clinton’s campaign and then a really, really, really horrible job of it. He has also become somewhat of a boogeyman for Republicans. They love to throw out the name, John Podesta, Podesta Podesta, the Podesta emails. So if you put him in charge of anything that is going to be poison for that particular position, but my biggest core quarrel with these two men who, by the way, they do have decent records on the issue of climate change. Don’t get me wrong on that. Problem is neither one of them is a scientist.

And that’s what we need. That is the kind of reassurance that this country needs that you’re taking this thing seriously. Don’t put in a good old boy, former presidential candidate from the democratic party. Don’t put in your good old boy, DNC loyalist, John Podesta put in a scientist who says, I’m not swayed by politics left or right. I’m looking at data because that’s the only thing that matters with this office. If you politicize it, it does guys. That’s the problem. You strip issues away from a candidate or a political party. Majority of people in this country go progressive, including on the issue of climate change, including Republicans. So if you were to pick a scientist, uh, Katharine Hayhoe Michael man, my God nailed the grass Tyson. If you have to frickin bill Nye, who was not even a real scientist, by the way, but come on, put somebody in there that everybody knows is going to leave politics out of it.

Somebody in there who is only going to propose policies and propose solutions based on the data, based on the science. And of course this is going to be a whole office. So if you want to have your partisan people in there, put them in there. So that they’re the ones who say, okay, the scientists came up with what we need to do. We’re the ones who are going to write it into policy and go out there and whip up the votes for it because you will need that. You got to play the political game a little bit. And I understand that. So that’s what your office does. They play the political game. Then you staff it with some trial lawyers, not corporate lawyers pie, the way trial lawyers, people who represent the people hurt by the corporations and their corporate pollution so that they can help you craft the law in such a way that it’s not going to get overturned by the courts. I just came up with that plan, by the way, not hard. And it doesn’t include putting any partisan hacks in there. Any of these, you get the job just because you’ve been around for so long people. It honest to God is not that hard. If Biden does this correctly, it can be great if he does it the way it’s being talked about right now, I don’t think it will ever have a chance.