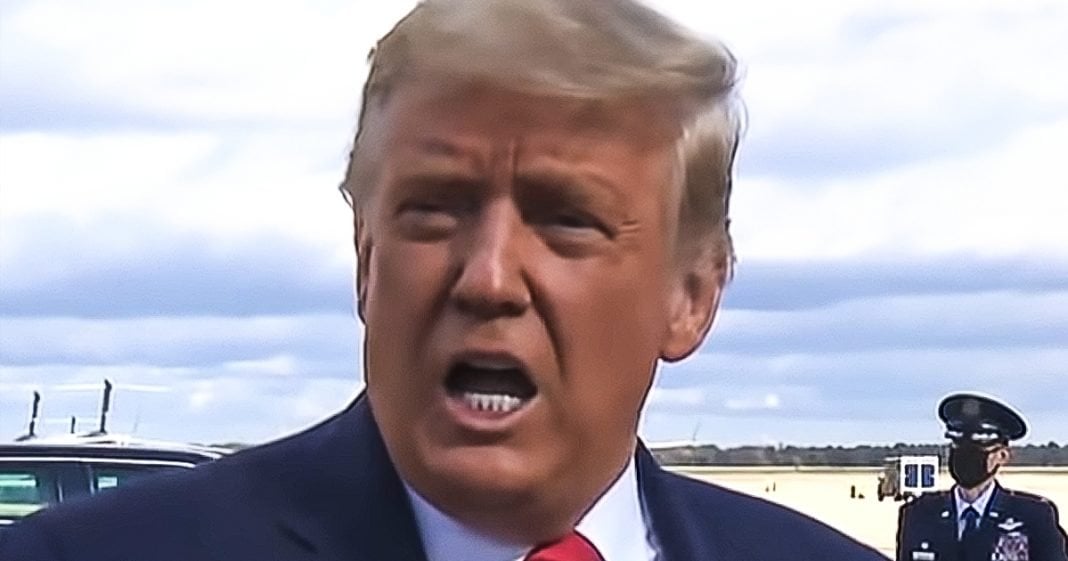 The New York Times has reached out to all 50 states, and not a single one of them said that they had seen any credible evidence of voter fraud. This certainly blows up Donald Trump’s claims of widespread voter fraud, but it isn’t going to silence his lies. The situation is only going to grow more intense until these states certify their results and the electors vote for Biden. Ring of Fire’s Farron Cousins discusses this.

The Republican party is grasping at straws right now, trying to convince the American public that the 2020 election was just so ripe with fraud, that it can’t be trusted. Of course, that actually only applies to certain States and only for the presidential part of the ballot, because you know, the, uh, the rest of it was all, all legit. There was no problem with any of the Senate races or any of the house races or any of the state level races. No, the fraud was limited just to that very first thing on the ballot, which was the presidential race, everything after that. Totally cool. No problems with it. Don’t worry about it. And of course, uh, there was only fraud in certain States that Democrats won, not even every state, the Democrats won, obviously just a couple States, it’s the Democrats won. So, uh, yeah. Yeah.

Almost 70% of Republicans actually believe that folks that that’s how stupid stupid they are. Oh, I’m sorry. Was that a little too harsh? Well, I’m not going to be nice to these people. If you’re falling for this idiotic conspiracy, you’re stupid. You are end of story. Like that. I could just end this video right now. If you believe anything that I just said, and you would have to believe it in that certain chain of events for any of this to be true, then you’re an idiot. You’re an idiot back to the topic at hand here. Um, the New York times, obviously, you know, they look, they still occasionally do real journalism every now and then. So they said, okay, there’s massive claims of voter fraud from the Trump administration. Let’s start reaching out. Let’s start reaching out to every single secretary of state, state by state, all 50 States. Let’s see what they’ve got. Obviously, if there’s this much fraud, they’ll, there’ll be able to say, yeah, we’ve got some instances of it. So New York times reached out to all 50 States, all 50 States give the exact same answers. We do not have a single instance of voter fraud in our state.

Not one every single state reached by the New York times. Couldn’t find us single instance of voter fraud people. Here’s the kicker back in the 2016 election. Do you know how many instances of voter fraud there were for? One of them happened in Miami down here in Florida, uh, and that was had to do with some kind of mayoral election. Um, that’s where that fraudulent vote was. The other three on, there were people who voted for Donald Trump twice. So at least 75% of the voter fraud from 2016 was Republican voter fraud. Now in 2020, uh, they still can’t find any yet none nada that hasn’t stopped the Trump administration from nonstop us that there’s fraud everywhere you turn, but only if you’re turning in certain States to just look at the presidential ballot, but don’t go down ballot because there’s no fraud there because Republicans want it.

None of this makes any sense. And that’s why I’m going to double down on my statement and say that you would have to be an absolute and complete moron to think that the democratic party that has proven itself to not be all that much more competent than the Republicans to think that they somehow rigged this election, but only the presidential side. And didn’t bother rigging it in a way to win it on election night, rigged it in a way so that the process had to be dragged out for weeks and managed to still lose themselves seats in the house and not win back the Senate decisively. Yeah, I mean, they’re in competent enough to do it that way, but you’d have to be pretty dang stupid to think that that is what happened in last week’s election.