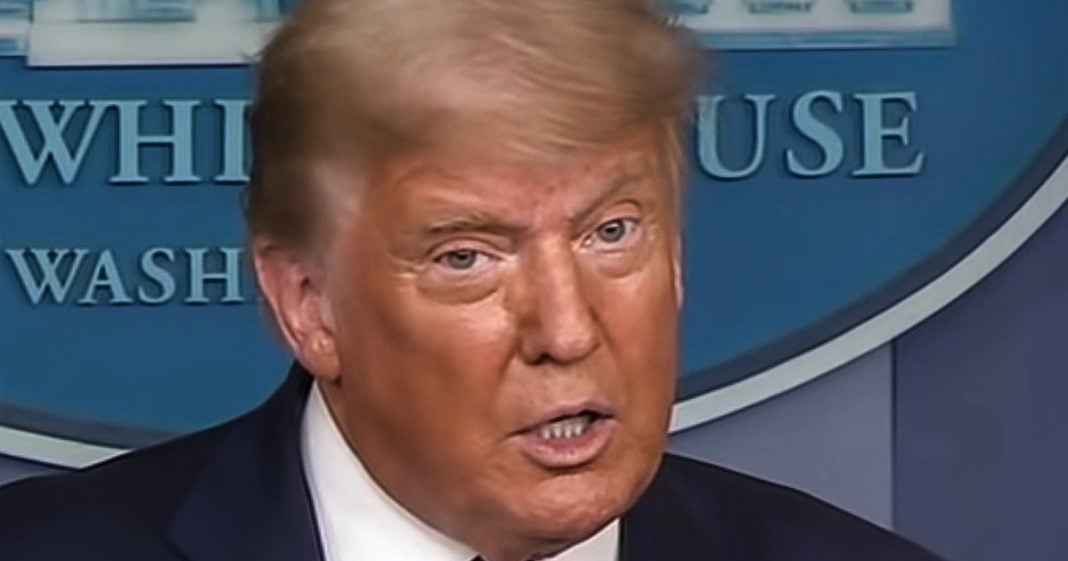 The lawyers who are filing the phony voter fraud claims on behalf of Trump in court are starting to realize that this isn’t worth it, and that they could actually lose their licenses if they continue doing this. They have been filing claims with courts in certain states, even though there isn’t any evidence other than hearsay to back up their claims, and they could find themselves losing their livelihoods by associating with Trump. Ring of Fire’s Farron Cousins discusses this.

So Donald Trump, even though he is lost so far, every single lawsuit that has been ruled upon so far in his election challenge, he is still somehow finding lawyers willing to file these frivolous and basically fraudulent lawsuits for him. But that could come to an end. Very soon, we have already seen reports of lawyers at Jones day. One of the law firms handling some of these lawsuits for Donald Trump, a law firm. He has paid $20 million to over the last five years. They’re starting to worry that representing the president in these instances could destroy their reputation. Uh, other lawyers from other firms have much more serious concerns, and that is that filing fraudulent lawsuits could cost them their legal license and prevent them from ever being able to practice law again. And if you’re worried about that, then shouldn’t that kind of tell everybody that all of this is fake.

Here’s the thing, folks, if you are an attorney, if you’re a lawyer and you file a lawsuit that you know is fraudulent. If you go to the court and you file something that you know is fake, you get in trouble and not just like, Oh, darn it. You shouldn’t have done that. No, you get in very serious trouble and you can very easily lose your legal license over that for filing lawsuits, you know, are based on fraud. That is you also then committing fraud. If you do, is that so that’s what these lawyers are worried about. So they’re having to craft their, their lawsuits a little bit differently than you usually would. They’re not able to just straight up walk into court and say, Hey, uh, there’s tons of voting fraud. We’ve got evidence of voting fraud, but I’m not going to give you evidence of voting fraud.

They tried that in the beginning. It didn’t work. So what they’re trying to claim now, and this is one of the reasons they’re worried, and one of the reasons they know they’re going to lose because they have no evidence of fraud is they’re trying to say, well, in the counting rooms, and these are in several affidavits, one, they were really loud. The rooms where they were counting, the ballots were really loud. And you know, that could make somebody miss count. As if the people are sitting there having to keep track of it in their head and not running it through machines. Like, I don’t know how these idiots think votes are counted, but it’s not just some dude up there going one, two, three guys be quiet. Oh man, I forgot where I was. Yeah. That’s that’s not what’s happening here. Another one, uh, said in one counting room, there was a very large man standing too close to him. One of the, one of the counters and it made her, made her own easy. The very large intimidating fellow, the affidavits said like, okay, not fraud, not even something you can Sue over like, Hey, a big man was standing near me.

Oh, here’s another one. One of the affidavit says one of the, uh, vote counters was just perplexed by the fact that a lot of the overseas military ballots voted straight Democrat and that’s not, you know, completely unheard of, but it’s also not, you know what usually happens. So too many people voted for a Democrat and suddenly that’s fraud. I, and if have you looked at Trump’s approval rating with the military, they hate him. They hate him. Meanwhile, Joe Biden had a son who was in the military, Trump dodged the draft and has insulted. So like, that’s not surprising that you would have so many military members voting against Donald Trump and also just voting for the opposite person. Isn’t fraud, you idiots. So these lawyers know that, but they’re still filing these lawsuits and they’re secretly worrying actually not even secretly anymore. Cause we know about it. They’re publicly worrying that God, I just filed this lawsuit. I hope I don’t lose my license from filing this, let this be a lesson folks. And it’s a lesson that a lot of us have been warning everybody of, since Donald Trump first announced he was running for president. And that is if you throw your lot in with Donald Trump, he is eventually going to ruin you. And a lot of lawyers are going to be finding that out really quick.