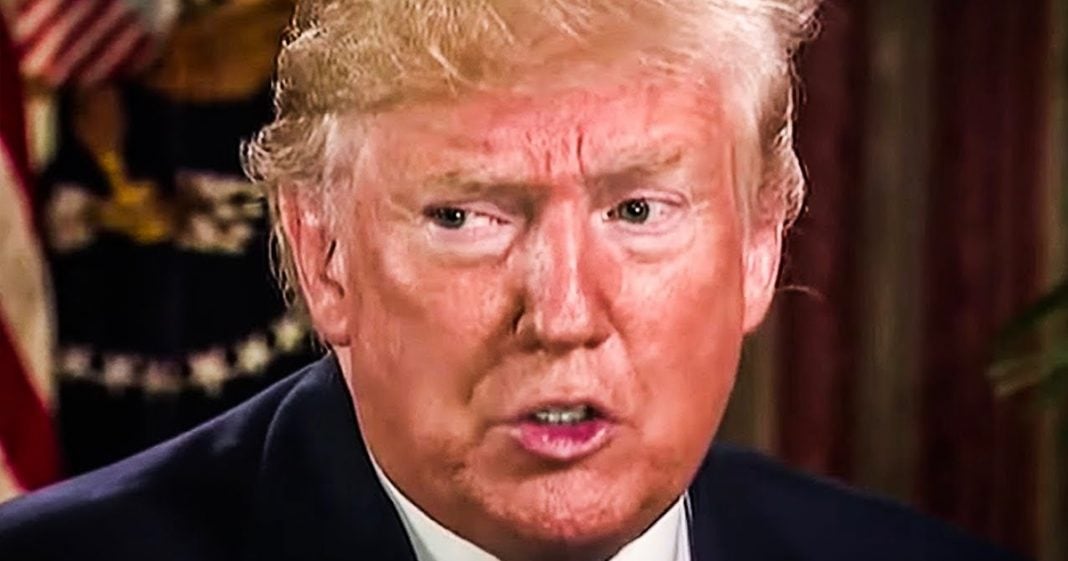 If Donald Trump is attempting to launch a coup to remain in power, it is the laziest coup ever attempted. On Tuesday, the President had even more election lawsuits thrown out, following a trend that carried over from last week. So far, the President has lost ALL of his election challenges, and that’s unlikely to change. Ring of Fire’s Farron Cousins discusses this.

If Donald Trump is in fact staging a coup against his own government, then I got to tell you, it is the laziest coup we have ever seen Take place On Tuesday. Donald Trump lost yet a another lawsuit this time in Michigan, where he was challenging the results, trying to get Michigan to flip back to red saying, Oh, there’s there’s fraud. There’s there’s ballots coming in that are illegal. There’s signatures that may not match there’s votes that aren’t for me. And once again, like every other lawsuit, he has filed a to challenge the selection it’s been thrown out. Why? Well, for the same reason, all the other ones were thrown out. There is no evidence of anything that Trump or his allies have claimed. That’s it? Honestly, that should be the end of this segment. I shouldn’t have to continue explaining anything beyond that Point. Sadly, I do.

In fact, got to explain stuff to both the left hand, the right cause everybody seems to be having a joint pants crapping moment right now. So let’s see, I’ll take down a bit. Here’s the thing. First and foremost, we do have very dangerous things happening here. We have 70% of the Republican party that thinks the election was stolen from Donald Trump. We have members of Congress and members of the Senate saying, or helping spread misinformation about fraudulent votes being cast. We’ve got the idiot, Trump kids, Eric leading the charge. Re-tweeting false information about alleged fraud taking place saying we’ve got the evidence, but the evidence turns out to be nothing more than hearsay from people that James O’Keefe from project Veritas found. There’s no evidence whatsoever. Republicans are lying through their teeth, which is what they do on the left. There’s a bit of a freak out, obviously because attorney general William Barr on Monday afternoon said, I’m going to let the DOJ come in and investigate any credible, uh, instances of voter fraud or any election irregularities.

Again, credible. He actually did include credible, uh, in this memo. Here’s the thing. BARR didn’t even have to release this memo. You know why? And this is the memo or the statement, whatever you want to call it, that everybody on the left seems to be freaking out about a bar already had the authority to do this. Yes, the DOJ does that. They Frigging division in the DOJ that that actually looks at those things. So why is everybody freaking out about that? Oh, sure. Look, I get it. I get it. Okay guys. This is the attorney general injecting the top law enforcement office in the, into Donald Trump’s political partisan fight. I get it. Don’t act surprised By that though. And also Stop acting like this. Wasn’t a thing that the DOJ actually already does. Bill Bard knew that Trump didn’t bill BARR gets to release a statement, acting like, Hey, don’t worry, buddy. I got your back. Watch this up and tell people this thing. But deep down, he knows like, yeah, that was already. We already do that when there was credible evidence.

So that’s that everybody calmed down This election is not going to be overturned. It’s not. We’re talking about Out tens and tens and tens of thousands of votes that would have to be invalidated in QI. He States multiple of them for this to happen. It ain’t gonna happen, folks. It ain’t gonna happen. I’m ready to move on from this election mess. I am ready to stop talking about it. Trump and his Republican friends are not allowing us to do that. So we have to continue talking about it. So I’m going to end up repeating myself a lot, probably over the next few days, possibly the next few weeks. But my message is always going to be the same. The election results are not going to be overturned, relax, and let’s all move forward.