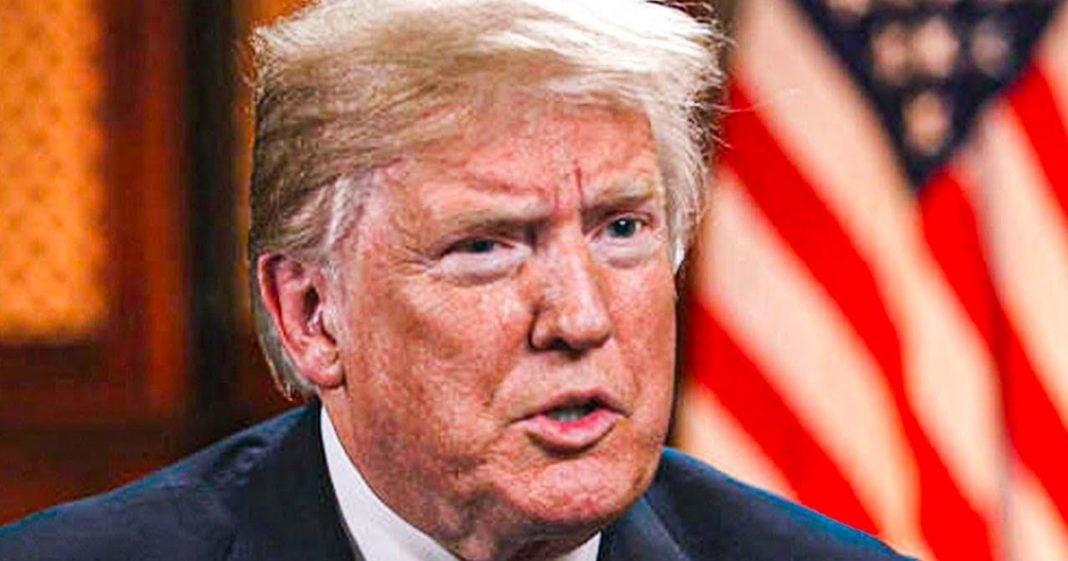 The collective freakout happening in the media about passing comments made by people like Mike Pompeo or members of the Trump administration are unwarranted. Trump is losing his legal challenges to the election, and that’s the reality that we need to be focused on right now. The media is feeding a fantasy narrative about a coup taking place in Washington, D.C. when it is really just a gaggle of idiots making stupid statements. Ring of Fire’s Farron Cousins explains what’s really happening.

Some that’s been bugging me for the last few days. As we see two stories, really playing themselves out reality And then the scare fantasy. And what reality is telling us is that Donald Trump has lost literally every single election Challenge. He has filed Every one of them. He has lost every one of them. Do you know why he’s lost every one of them? Because he has zero evidence to back up a single claim of voter fraud or inappropriate behavior by a ballot counter or any other kind of election shenanigans, zero evidence. And everyone has been thrown out. That’s right. Reality. Over here we have fantasy land Is, you know what happens over in fantasy land Fear, fear has gripped fantasy land. Why fear is gripping fantasy land right now, because that is an awesome way to boost your ratings. Ever since the election ratings for CNN and MSNBC and Fox news, I’ve been through the roof. Why? I guess people have to keep tuning in. They got to see what’s happening today. And even though now that we have an official winner, Oh man, they’re starting to show the doubts you got. Mike Pompeo says, Oh, you prefer second term fed administration. What?

Everybody starts freaking out about that. And you go to even liberal websites and there’s like three different articles. Each about this statement that Pompeo made that carries no water. It carries no legal weight. You know, as I’ve said, repeatedly bill Barr’s statement Monday evening that, well, the DOJ will be able to investigate any credible instances and people start, you know, uh, wedding themselves because, Oh my God, the DOJ is going to get involved. Guys. The DOJ has the authority to do that. Anyway. Bulbar didn’t have to have to say that because that’s already what they do. I feel like I’m the only one not freaking out right now. And that is kind of starting to freak me. But folks, This is a media creation. For the most part, everybody has to dial it back a notch. Let’s stop with the nonstop outrage. How about that? How about we all take the time to take a deep breath right now and relax a little bit. I saw a headline on Tuesday on raw story. It is, uh, it, I forget exactly what it says, but it was some form of, you know, Trump likely can’t steal the election, but here’s why you should be worried. Anyway, That’s actually what made me sit down here and have this discussion today

That post God, I, I used to love Raul story. I love Mike Rogers and John Burns. They’ve come down here to Pensacola and spend time with us. We’ve brought them, uh, to our seminars and they’re wonderful people to spend time with. I love them. What has happened to the website they created, I don’t know, but it’s Not the same role story. It was 10 years ago. That’s pathetically weak. And that headline was coming from a conservative writer. And I mentioned that in the headline too. So, you know, they didn’t come up with that necessarily, but they knew what they were doing. Why, why push the fear when you don’t have to push the fear? People aren’t looking for fear and outrage right now, people are looking for some kind of thing to make them feel okay, this isn’t as bad as what I thought it might’ve been. That’s what people want to feel. And that’s what people should feel because that’s the reality. I don’t know. I just, I just, I don’t, I feel like I can’t continue doing this right, Right now. I really am hitting that point because I feel like I am working against not only the Republicans at this point, but the outrage machine connected to the left.

When Trump leaves office, a lot of these, these websites, the media it’s MSNBC, CNN, they’re going to lose a, A lot of money left us. YouTubers are going to lose a lot of money. And I am telling you this so that I can be a hundred percent honest with the other one, because I think everyone deserves the honesty. Everyone on the left is going to most likely make less money. When Trump is out of office, Trump videos do very well. Trump stories on your website do very well. Trump scandals on your cable news outlet do very well. Those are going away in January. So everybody out there, and I’m not trying to do this at all, but everybody else there is trying to milk those last few stories out of those Trump teats. And this is what they got. They’re helping foment this outrage. That shouldn’t be there. People freaking out when they shouldn’t be, Oh, he likely Can’t steal it, but you should be Hugo afraid anyway. No you shouldn’t.

And when I’m about to say, now may shock some of you maybe take a few days off from media. Maybe if that’s What you need to do to go out there and take the deep breath and decompress it on. Why then do Wait? Well, the media is selling you right now is not what’s really happening. If it was what was really happening, Donald Trump wouldn’t be losing once again, every single lawsuit he’s filed for having no evidence, he’s not going to overturn it. Mike Pompeo is not going to be able to just give Trump a second term bill. Bar’s not going to be able to come in and create voter fraud where none exists. Relax. It’s gotta be a bumpy couple weeks, couple months, but it’s going to have the outcome of Joe Biden being the president when all of this is said and done.