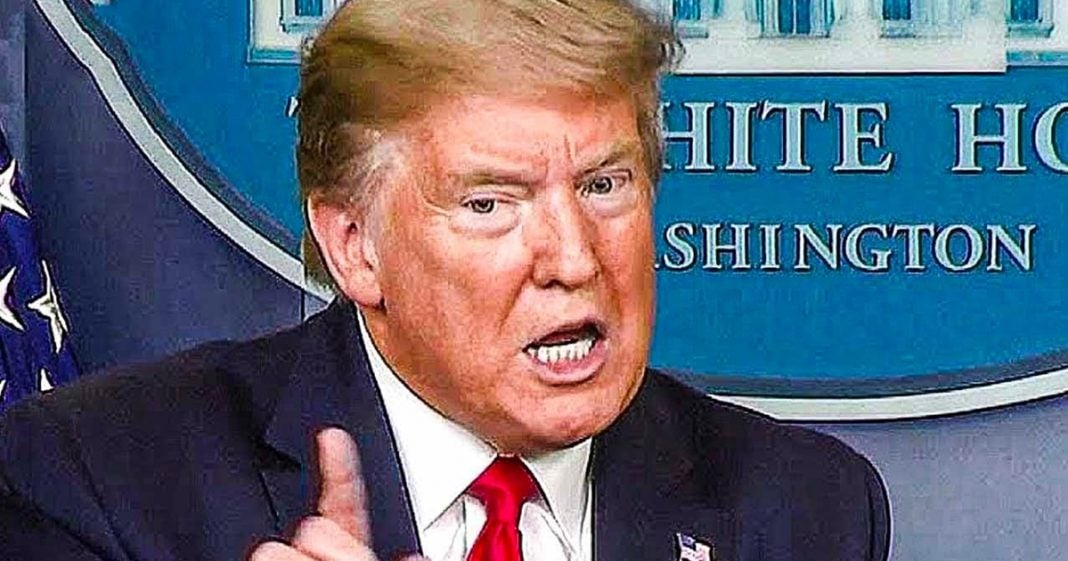 According to reports, the Trump administration is instructing all cabinet departments to NOT cooperate with any members of the Biden transition team, and to NOT turn over any of the documents that are typically given over during a transition period. This is only going to last for so long before Biden sues for access to individuals and materials, but considering the staggering level of incompetence from Trump’s cabinet, do we really want them to train the Biden people? Ring of Fire’s Farron Cousins discusses this.

According to reports this week. So far. Now it looks like there will not be any government agencies that are actually going to work with the Biden transition team as Biden prepares to take over for Donald Trump. Um, here’s the thing. This was expected. You know, we got to little inklings of it. Starting Monday, Tuesday started to get a little bigger and now it’s pretty much confirmed. Nobody in this administration is going to be working with the Biden transition team. That’s not going to last again. I feel like my job these days is to kind of provide everybody with a breath of fresh air and a reason to kind of relax a little bit. Now, maybe I’m going to be wrong about these things who knows. Uh, I seriously doubt. I will be though, because what’s going to happen is you’re going to have all of these government agencies that say, we’re not going to work. Mike Pompeo says, no, we’re not going to work. It’ll be a smooth transition to a second Trump administration. You’re all going to be sued. You’re all going to lose. And then you’re going to be forced to work with them. Anyway, you may not want to be nice to them. You may not tell them everything you’re supposed to tell them, but you have to turn over All documents requested. That’s what’s going to happen.

So again, Um, let’s not have a collective freak out about this. It’s going to be painful. The Biden administration is going to come in, you know, a little behind, to be honest with you, they will, that that’s a given at this point, the way the Trump administration has been hailing. But let’s also remember, and maybe this should give us a little bit of hope. The Trump administration is being run by morons, like absolute morons. Do we really want those to be the people kind of coaching and showing the ropes to the Biden people? Do we want Betsy Devoss to say here, let me, uh, come have a meeting with you and tell you how things were. No, like Ben Carson’s I’m he’s gonna have to wake him up from his nap. Oh gosh. I shouldn’t say that. Cause he’s got COVID now I forgot. But um, anyway, Ben Carson, we don’t want him teaching people how HUD works because he doesn’t know how HUD works.

Andrew Wheeler at the EPA. Uh, we don’t want to teach the new people just how to destroy things. So maybe this is for the best, right? I mean, this administration is filled with the most incompetent losers and idiots who could have imagined from all across the country. Trump brought them in. When he told us he was bringing all the best people, he, he brought in the absolute dumbest human beings he could find. And that is what we have running in the federal government. And to be honest, if you asked me, Hey, do you want to learn this job as you go? Or do you want to learn it from the worst human being who’s ever held this position? I’m going to go with learning it on my own. Just give me the, that I need that are relevant. I’m going to be okay. And that’s how the Biden administration is going to work. Eventually these morons and nincompoops are going to be forced to work with the Biden transition team. But even then, it’s probably best that the Biden team takes anything. They say with a grain of salt, rely on the documents instead, because you don’t want to turn out like these idiots have turned out.