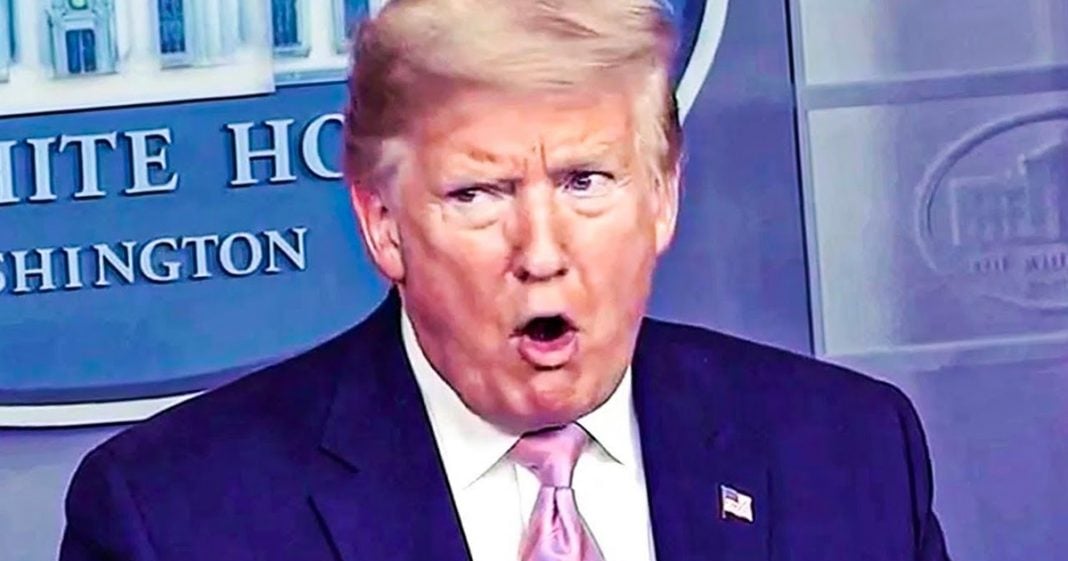 Intelligence officials in the United States are expressing their fears that Donald Trump could actually leak American secrets to our enemies once he is no longer President. For the past four years, Trump has been privy to every dirty secret and military operation that the US is either thinking about or currently carrying out, and that’s information that our adversaries would love to get their hands on. Ring of Fire’s Farron Cousins explains what could actually happen.

I’ve said, uh, in the past back the very recent past, to be honest. Anyway, I have said that one of the possible scenarios of a Donald Trump lame duck session is him just kind of going nuclear on the government itself and starting to give out government secrets. So, you know, not anything necessarily damaging to the country, but you know, any kind of weird thing that’s classified that shouldn’t be classified. He could be like, you know what, go ahead and tell him, you know what, let’s show him the good UFO videos, you know, what y’all want to see the big foot we got living underneath the white house that thinks pretty awesome. Come take a look, you know, just weird wacky stuff, you know? Um, but here’s a scenario I didn’t think of the Washington post actually pointed it out this week. And this is rather terrifying.

And this is not necessarily during the transition period, but this is after Trump leaves office as an ex president, he would know all of the secrets and all of the things that the United States had to offer and being a ruthless businessman who has no problem making deals with despots that could pose a very significant national security threat. And unfortunately, having served as president of the United States does come with a little bit of leniency with regards to leaking state secrets. So that that’s probably an area where we need to focus a little bit more concern, right? Donald Trump will do anything for money. Donald Trump will do anything for power and influence, even if it means selling out the entire United States. And I would not put that past him for a second, especially if it meant possibly building Trump tower, Moscow or Trump tower, Pyong yang, two things that Donald Trump would definitely love to do.

We know from his talks with Kim Jong-un, he has repeatedly brought up the real estate opportunities over there in North Korea, the beautiful waterfront properties you have available, Kim Jong-un, perhaps, perhaps we could work out a deal for some kind of luxury condos that nobody in your country would be able to afford by the way, because of your policies of keeping them impoverished. Uh, but nevertheless, I’m bad businessman. You’re a bad person. I’m a bad person. What do you say? We exchange a couple of miles of shoreline for a couple of us secrets. That’s actually what intelligence officials are worried about right now. And here’s the thing shouldn’t they be speaking out publicly, like this is the kind of thing that the public needs to be aware of. I know you’ve gone to a massive Trump cult, a 70 million strong Trump cult.

Uh, maybe that’s the kind of crap that they need to hear to realize that this is the kind of guy you decided to hit your wagon to the kind of guy who we now have to worry about going out and selling United States secrets, rest assured I don’t think we had to worry about that with any of the other guys that came and went from the job. At least not in our lifetimes, maybe, you know, way back in the day. Sure. But not in any of our lifetimes now, but now we do. So there’s a new thing. Hang a new worry we get to have, because that’s just the kind of horrible piece of crap human. Yeah. Being that Donald Trump is, and it’s time for his cult to finally see that.