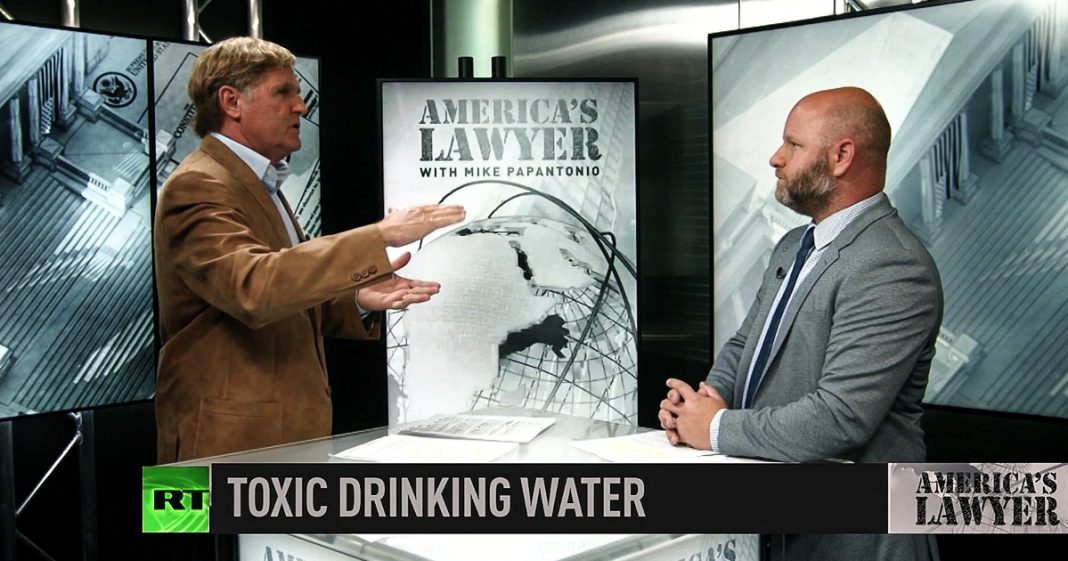 Mike Papantonio:             Media coverage has been in a frenzy over the thwarted plot to kidnap Michigan governor Gretchen Whitmer, which has ended with over a dozen individuals being charged with domestic terrorism. Mollye, your take on this, it’s probably the same as everybody else. First of all, do they even have a right to, to organize like this? That’s, that seems to be the talking point.

Mollye Barrows:                Well, you know, it’s interesting. I feel like these are a lot of wannabes, you know, and it seems like there’s just a lot of hate and discontent in different circles. And then they get together, whether it’s the internet that made it easier or maybe their neighborhood folks, but this particular group of individuals, they organized their plot to kidnap her from a vacation home. Basically they were mad at her. She’s been a target since April when she did a harsh crackdown over COVID and they felt like it was their rights being violated. So I think whether it’s this particular group that’s in trouble, whether it’s the proud boys, whether it’s white supremacy groups, whether it’s even Antifa, it’s like anybody that has an ax to grind, there is an internet page for you where you can find likeminded individuals and create a plan.

Mike Papantonio:            All right, so I saw an interview that you, that’s for this discussion that was.

Mike Papantonio:             Yeah. Whether, whether you can, whether it’s legal to do this, it was so, it was so wrong. The answers they gave in this interview, this McCord woman.

Mollye Barrows:                Well, I thought it was interesting and so before you tell me why it’s wrong, I’ll explain for viewers, essentially she was just saying, hey, our constitution doesn’t give them the right to exist. Militia groups were supposed to be formed by the government, for the government, in order to assist and help overthrow adversarial forces. So they’re not authorized. That was her take and you’re saying contrary.

Mike Papantonio:             They, they’ve had situations where they’ve actually circled, they’ve, they’ve circled temples, synagogues. They’ve had demonstrations right out in the streets. The first amendment, like it or not, says they can do that and the US Supreme Court says, yes, they can do that. They can do this, of course they can’t go plotting to kidnap the governor.

Mike Papantonio:             But they certainly can have this organization. The other part of it was this discussion, oh gee whiz, this has only started now because of Facebook or, or social media. This has been around for 40, 50 years, hasn’t it?

Mollye Barrows:                Naysayers coup, you know, folks that want to start a coup or, or up, upend whatever power is in charge at the time. And I think that’s what you’re seeing now. It’s almost like anybody with an ax to grind can find a group that will mirror their thoughts. And then I think part of this too, you know, it goes to even Whitmer talking about Trump not denouncing it and whether or not you agree with his policies or not, people do have the right. That is what makes our country great. We do have the right to express our opinion. We don’t have a right to plot kidnappings and be armed and, and threaten the lives of other people. But what’s happening is that this, you’ve got a few stray extremists, it seems to me, in whatever group it is. And then suddenly when you have something like the death of George Floyd, they become, the attention becomes drawn to them because suddenly whether it’s Antifa or if it’s another group that is shooting or attacking individuals, that becomes the focus for the media, as opposed to the bigger issue.

Mike Papantonio:             Okay. The way to solve it is there are laws that say, we can trace the money of where this comes from. And if they cause a problem, if they burn down a building, like Antifa.

Mike Papantonio:             Antifa burns down a building. Antifa holds a, a, they hold a rally where somebody is killed, somebody is injured. What you do is you trace the money. Who gave Antifa the money to do that?

Mike Papantonio:             Because the first amendment says they can do that. They can’t go, obviously they can’t go kidnapping.

Mike Papantonio:             Commit a crime. But they certainly can organize. They can March. Again, how do you get any, anything more repulsive than having Nazis walking through the very center of a heavily populated Jewish area and to do that for nothing other than to make those people uncomfortable.

Mollye Barrows:                Yeah. They have a right to peaceably assemble, but it’s going to be interesting to see what will become of these groups, because unless they’re labeled as domestic terror groups, law enforcement is not necessarily going to look into them.

Mollye Barrows:                They’re just going to consider them, you know, just another group that has an opinion that you may or may not like.