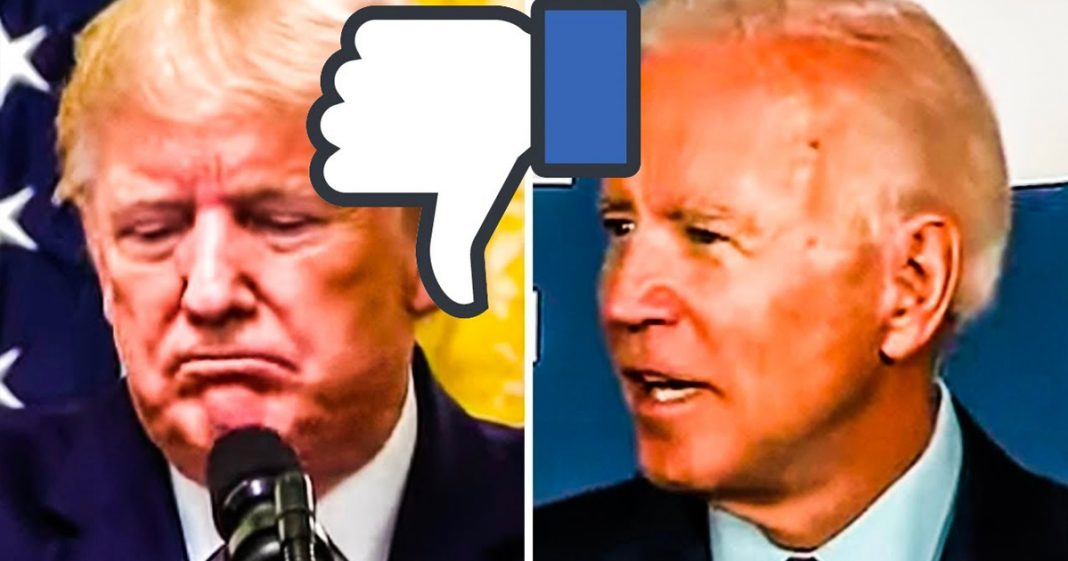 According to an analysis, half of the top Facebook posts over the past week have been spreading misinformation and lies about the election being stolen from Donald Trump. There is no evidence to back up these claims, and Facebook is helping these conspiracies spread by not taking decisive action and pulling them from their social media platform. Ring of Fire’s Farron Cousins explains what’s happening.

According to a new analysis, uh, taken since election day on Facebook, half of the top posts on that social media websites since election day, Half of them have been spreading misinformation About the results of the 2020 presidential election. Most of that being fraudulent claims that the election was somehow stolen from Donald Trump and that the Democrats were the ones who obviously did the stealing. There is no truth to This folks, but Here’s the thing I’ve talked about. That ad nauseum. And as I’ve mentioned, I’m going to have to continue talking about that, but that’s not even necessarily what this is about, what this is about. Is Facebook falling down on the job yet again, and allowing misinformation to find a home on its platform. And listen, I get it. There’s plenty of people on the left who say that? No, no, no. We can’t have Facebook censoring this then it’s the slippery slope. And it’s going to lead. We’re all going to be censored. Oh, I don’t care anymore. I don’t give a, I don’t care.

That’s the point. I’m at The people who say those things. I understand their argument. I do a hundred percent. I understand it. That doesn’t mean I agree With it because that’s a hypothetical and that’s So the thing we have to keep in mind saying that, Oh, if they sensor this, it’s a slippery slope. Eventually they’ll come for us. They very well. They very well might not. We don’t know because it’s never happened with them. But we did Do know that them allowing them being Facebook, allowing this unfettered spread of blatant misinformation, designed to confuse the American public. That’s not healthy for anything. That’s not good for anything. Misinformation Spreads faster on Facebook than factual information. They’ve done studies on that. That prove that. So while you’re talking about, well, I don’t want my stuff to be censored. So we can’t censor anything. Well, guess what? Your stuff’s already not getting as many eyeballs as the misinformation. So what’s it matter to you?

What’s the matter, but it’s No, it’s a private business. They’re allowed to do it if they want. Oh, but if the spread of information, no spread of misinformation, Guys, we Have to draw a line somewhere. We absolutely have to. This is getting ridiculous. 70%, 70% of Republicans believe this election was stolen from Donald Trump. And what’s happening on Facebook with half of the top posts being misinformation about the results. That’s where this comes from. If We do not stop it, it’s going to get worse. And If we stop it, that doesn’t necessarily mean that the rest of us, aren’t going to be able to post our stuff on Facebook. And you know what, even if it does, Oh, well you may not like it. I may not like it, but Told us it’s a private business, private business can do what they want. You can think Republicans for that, by the way, they’re the ones who went to court to argue for that. You know? Cause they don’t want a business to have to cater to gay people.

But because of That, there’s your slippery slope. That’s what happened. Can All political information. And honestly, they’d probably, we’d probably all as a country, be better off for it. Right? We can have our home somewhere else. We don’t have to be on Facebook. That’s what’s ridiculous about those arguments too is, but then my stuff will be synced on Facebook. Yeah. It’s going to cut down on your Revenue. There that’s the truth folks. That’s why they don’t want it. It’s not because it’s about the spread of information or the slippery slope or living in a 1984 scenario. It’s that if there’s stuff gets censored on Facebook, it cuts into their revenue. They make money off it. That must be honest with our audiences guys. We owe it to them.

Some of you that may not even be the case. I’m not going to lump everybody in together. And as I said, I like all of you. I agree with you on 99% of the things. But when we see what’s happening to this country, the damage that’s happening because people aren’t smart enough to discern the difference. Something does have to happen to come in and take care of these people because they clearly cannot take care of themselves. And what’s going to have to happen is Facebook is going to have to lay down the law and say enough is enough. We’re going To have to start taking these posts Down.