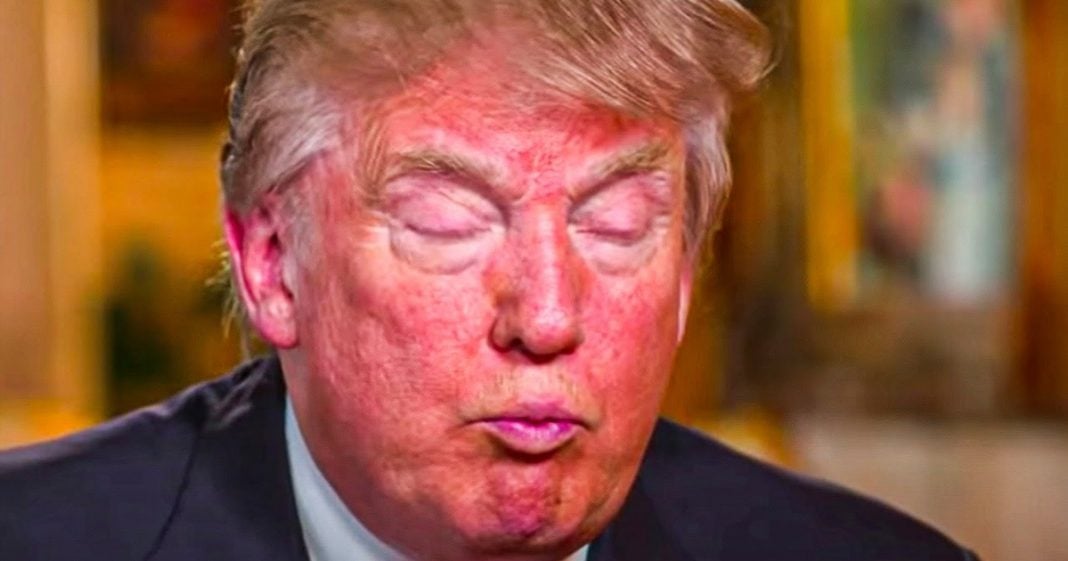 According to reports on Monday, Donald Trump’s staff is trying frantically to remove the stench of fast food from the White House. Apparently the President has been gorging himself on fast food for the past few days to the point where the entire residence and office space now has a distinct “fast food” smell to it. Ring of Fire’s Farron Cousins discusses this.

So here’s a little bit of a funny slash disgusting story for everybody to, to close out the day. And that is, it was reported on Monday that white house staffers or having to go around the white house. And, you know, obviously in the oval office and light scented candles to remove the stench that has taken over the white house, because Donald Trump who is growing increasingly depressed, I guess, from, uh, the election results, not favoring him has been gorging himself on fast food. So now the smell of fast food is permeating. The entire white house and staffers are going around. They’re trying to clean things, wipe things down, light the sentence, scented candles, possibly put little Glade plugins everywhere she has. So it doesn’t stink so bad anymore.

You know, Trump has just trashed with money as what he is like. He’s not a classy guy. He likes to pretend he is. He thinks if you just cover things in gold, that somehow makes you clap. See, but it doesn’t. And I’m not saying that people who eat tra uh, fast food or trash, I eat fast food constantly, but to eat it to the point where the stench of it permeates your entire dwelling, uh, that’s a level I didn’t think I’d get. And I lived with, uh, multiple different frat guys in college. And, uh, we are really, we had some weird smells in the apartment. I promise you, but it never just reeked of fast food. Stale beer is probably more like the stint you would find there, but that’s what Trump has turned the white house into his personal garbage can. I mean, he came in there complaining about, Oh, it’s horrible, it’s awful.

And then he treated it like trash. If you want to eat fast food all day, dude, there’s nothing wrong with that. Go ahead. Do it. I don’t care. But this is a national monument, you know, can’t just turn this into your own personal garbage can. And that’s apparently what he’s done, especially considering the fact that he knows he’s getting kicked out of there. So what does he care? So at least we do have a couple of, you know, decent staffers walking around, trying to make things, smell a little nicer, but I can only imagine when Joe Biden moves in that place is going to smell like McDonald’s fries and Febreeze. And that’s not a pleasant combination. Like he’s really, I mean, legitimately going to have to have that whole place deep cleaned, just to get the stench of Donald Trump out of there. And keep in mind, we didn’t even get reports like this. After Donald Trump held his fast food hillbilly buffet for the sports teams that came to visit the white house, following their championships, staffers didn’t even report a permeating fast food smell from that. So I don’t know how much fast food Donald Trump is having, but if like, uh, he teased his staff, he may run again in 2024 may want to lay off the big Macs. Otherwise you’re not going to be around a run in 2024.