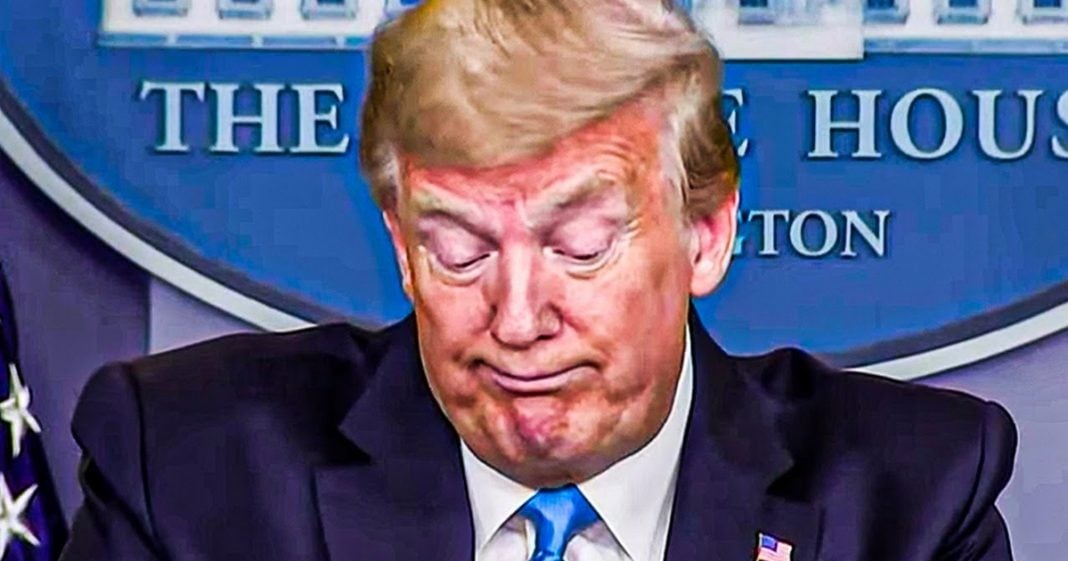 Emily Murphy with the Government Services Administration in the Trump White House is refusing to sign a letter that would authorize the release of materials necessary for Joe Biden to begin working on his transition into the White House. They are going to obstruct and demean the process for as long as humanly possible, and the American people are going to suffer as a result of this. Ring of Fire’s Farron Cousins explains what’s happening.

A Trump appointee by the name of Emily Murphy, who happens to be the administrator of the government services administration is refusing to sign the document that would allow the Biden team to have access to transition materials that they desperately need in order to fully be prepared to take over tree. This is not surprising in the least, by the way, we knew, especially considering the fact that the white house has not officially accepted the results of the election. Yet we knew they were going to make this process as painful as possible, but to actually deny them the transition documents, you know, the information of all the things that have happened in the past four years, since Biden left the Obama administration, that’s dangerous to all of us. And that’s the point here, Trump, isn’t just taking this out on Biden. He was never, we’re going to just take it out on Biden or just take it out on the Democrats.

He is taking it out on each and every one of us, whether you voted for him or not, by the way, even Trump supporters. Yeah. You suffer like this too. Who suffer by this? Choose me because we have to have a president who’s ready to step into the job. Day one was Obama, a whiny petulant child. When Trump got elected, Nope. He met with him. He talked with him, they went through, they had those, uh, Trump had the transition meetings in Trump tower. In New York. There were actually some Democrats that went into those meetings. Ivanka was there. They talked about issues like climate change as well. They talked about everything. They talked about everything. This man would need to know to be the president of the United States. And he’s denying that same opportunity to Joe Biden and yeah, Joe Biden. Unlike Trump understands how the government works.

He has been in the government for 40 years. He knows how the West wing works. He was a part of a presidential administration for eight years. He understands the ins and out of it, what he doesn’t necessarily know because he’s not privy to this information is what kinds of classified things happened in the past four years? Where do we stand on certain foreign policy issues? Where do we stand in? Uh, the COVID response from the federal government? Because most of that has been hidden from the public Biden has to know these things. His team has to know these things and they’re intentionally withholding them to punish each and every one of us. That’s what this is about. The cruelty is the point. They want him to come in day one and fail. They want the public to see that he failed. They want everyone to think that, Oh, things were so great under Trump and they’re already falling apart on her Biden.

Well guess what? That’s not going to happen. They can withhold these documents and they’re gonna, they’re gonna draw out as long as possible. Eventually Biden’s going to get them. If it has to end up in a court case, Joe Biden is going to get them. But in the meantime, every day that passes and they do not turn these things over. That’s going to be a day behind that. The Biden administration is hopefully they’re fast learners. Hopefully they can read rather quickly. And hopefully they can get caught up enough to where they’re not constantly playing from behind once inauguration happens, but Trump’s gonna make this as painful as possible. He’s going to be as whiny as possible. And he’s going to be as immature as possible because that is who Donald Trump is. And that’s actually according to the people who know him best.