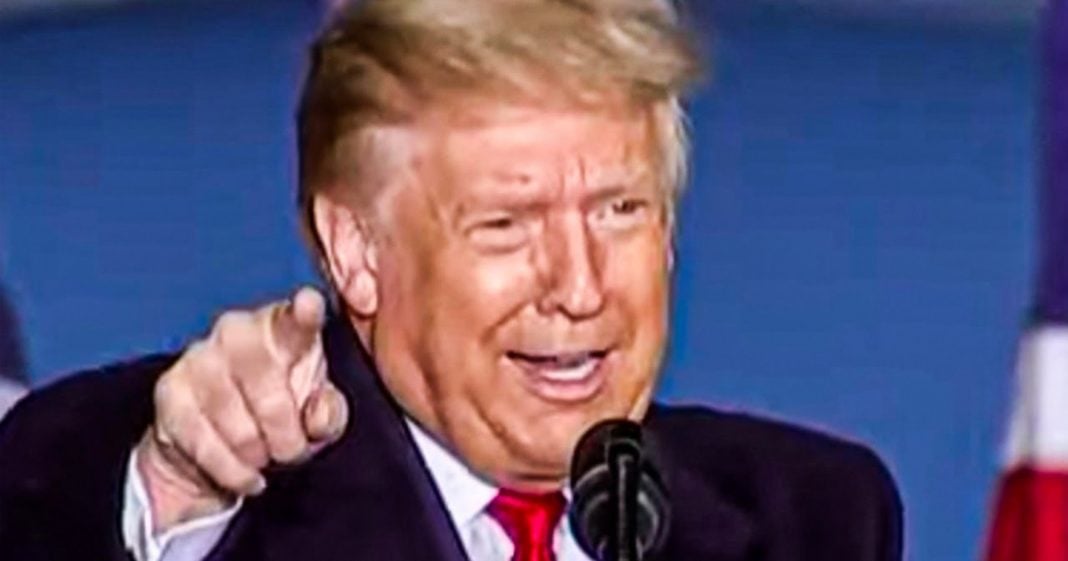 Donald Trump refuses to accept the fact that he didn’t win the election, and he is taking his delusion so far that he is actually calling on government agencies to start firing employees who are caught looking for or even talking about looking for another job. This man has truly lost any grip on reality that he may have ever had, but his staffers might have better odds getting a job if he fires them. Ring of Fire’s Farron Cousins discusses this.

That is a show of no faith. And he can’t have that. There can be no dissension in the ranks of Trump world. I’m looking for another job. That’s that’s dissension. But the truth is these staffers, regardless of who they are, if they’re cabinet officials, if they’re just the average everyday white house staffer who brings copies and does things like that, your days are numbered. And we’ve already seen from the people who have left that it’s very difficult for y’all to get jobs. Now, some of the folks are going to be fine. You’re going to land on their feet. Uh, you’re going to get jobs at think tanks. You’re going to get jobs, uh, as analysts, as outsiders, some of you may end up on Fox news. Most of you are going to have a very hard time though, because this wasn’t exactly an administration that was well-liked.

And considering the fact that your boss spent a lot of time trashing Fox news in the final months of this, uh, administration, uh, and some members of the administration absolutely played along with it. Uh, probably can’t look at that as a safe place to go and drop off your resume. Either. What is likely going to happen is that these folks will once again, have to work their way up the ladder in politics. And that’s a little weird because that goes against the conventional wisdom. Typically working within a presidential administration can guarantee you a job in Washington, DC. When that administration is over, you can get a job in academia. You can get a job at a think tank. You can get a job at a lobbying firm, but this administration is so hated across the board. Even in inner Republican circles in DC, that it’s likely most of these people will not be able to find gainful employment in the political field.

And you know what? I’m fine with that. As far as the regular staffers there go, we’ve warned jaw. We have orange off for four years, four years, we have been seeing reports and we’ve been reporting on them here at ring of fire of staffers, being unhappy staffers, not liking it, staffers disliking his policies, but staying there. And we warned you every time we warned you, the longer you stay, the worse it’s going to be for you. So you knew this was coming. You knew this is how it was going to be. And now if you try to get a jump on the job market, you’re going to lose this job too, which honestly, at this point, that may work out better for you. You know, go into say, look, Hey, Trump disliked me so much. I was fired because I’m not a loyal lapdog to him that may help you in an interview, but you’re still going to have that Trump stain on your resume for the rest of your life.