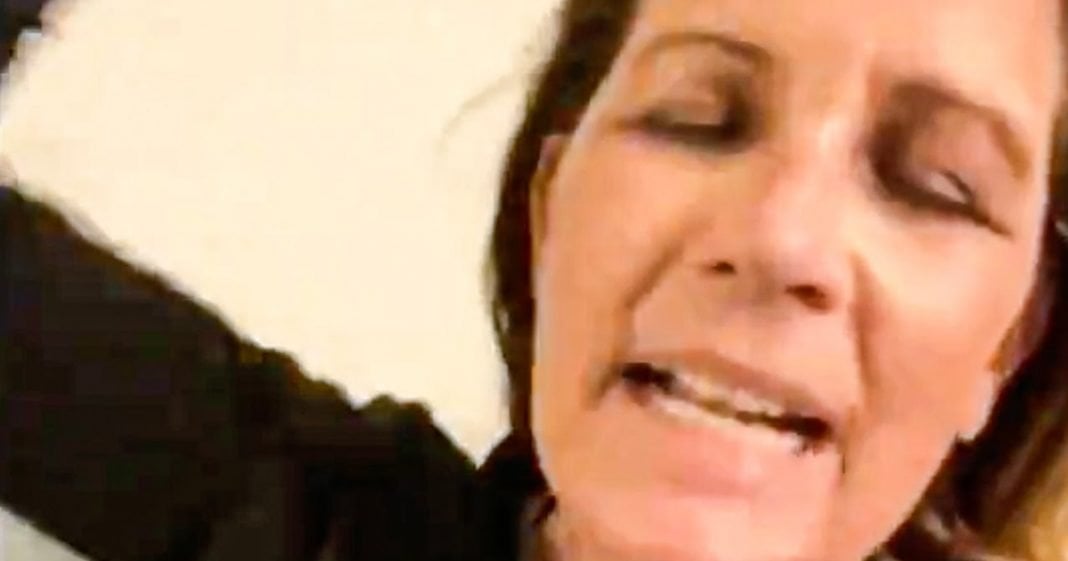 Former Congresswoman Michele Bachmann is having a Kenneth Copeland-style meltdown and is begging God to “smash the delusion” that Joe Biden won the presidential election. The only people suffering from delusions at the moment are the rabid right wingers who can’t seem to grapple with the fact that the majority of people in this country aren’t a part of Trump’s cult. Ring of Fire’s Farron Cousins discusses this.

Well folks, it’s nice to see that even seven days past the presidential election, Republicans are still having an absolute meltdown over the results. And I know it’s only been called for what three days at this point, but a Republican still not handling it very well. Michelle Bachmann, a former member of Congress, former Republican presidential nominee or candidates do use me. Uh, she never made it past the primary, but anyway, she apparently having a total normal one, uh, in this video where she prays to God to smash the delusion that Joe Biden one, take a look at, uh, Michelle Bachmann, who we haven’t heard from in quite a while. Here she is.

Michele Bachmann:      I asked, oh God, that you would take your iron rod. And I asked that you would smash the clay jar of deceit in America. Smash the clay jar of delusion in the United States of America. Smash the delusion father of Joe Biden as our president. He is not. Would you take your iron rod and smash the strong delusion that Nancy Pelosi does have her house of representatives. We don’t know that. Smash it in jesus’ name. Smash Lord, the takeover review the Senate by Chuck Schumer. Lord smash it with your iron rod.

That’s um, that’s, that’s totally normal, right? That is absolutely the kind of thing or rational thinking human being would, would do calling upon God to pull out his iron rod and smashed the delusion that Joe Biden one, even though it’s not a delusion, the only one suffering from delusions here, people like Michelle Bachmann or Kenneth Copeland with his ha ha. Yeah, yo, y’all looking not too. Not too good right now, looking a little like maybe you need to go in for evaluation because you could be a danger to others with this delusional manner of thinking that you clearly seem to be suffering from, you know, that’s the delusion that God needs to pull out the iron rod and smash. And by the way, I know it’s metaphorical, right? The iron rod. But I mean, really if we’re talking about like, God, a God who is omnipotent, you know, a God who is all powerful, wouldn’t he not need an iron rod.

Like he could just, you know, Santo style and be like, boom, it’s done. You know, he doesn’t have to be like, ah, crap, Hey, have you seen my iron rod? Yeah, I gotta, I gotta, I gotta smash smash of illusion. I can’t find my rod. Dang. It don’t know where the rod is. I can’t pour Michele Bachmann or Kenneth Copeland look, folks. I, I love it. I’ve never seen these kinds of reactions from Republicans. It’s wonderful. It’s I am enjoying this. I mean, I’m almost at the point where each day brings some kind of new joy for us, you know, Sunday was that weird. Kenneth Copeland video Monday, we get this Michelle Bachmann video what’s already happening today. What’s already come out. That, that I haven’t even seen yet. Another Republican meltdown. Meanwhile, we have, you know, other right-wingers out there saying, well, I think we need to give them time. You know, let’s be nice and sympathetic. No y’all are having a collective brain melt in absolutely delusional ways. And we’re going to call you out on it. We’re not going to be nice about it. This is nuts. You guys have to accept this and you have to accept the fact that God didn’t want Trump to win. It’s just the way it is. I’m sorry that that breaks whatever delusion you had in your brain. But we did break that delusion and guess what? We didn’t even need an iron rod to do it.