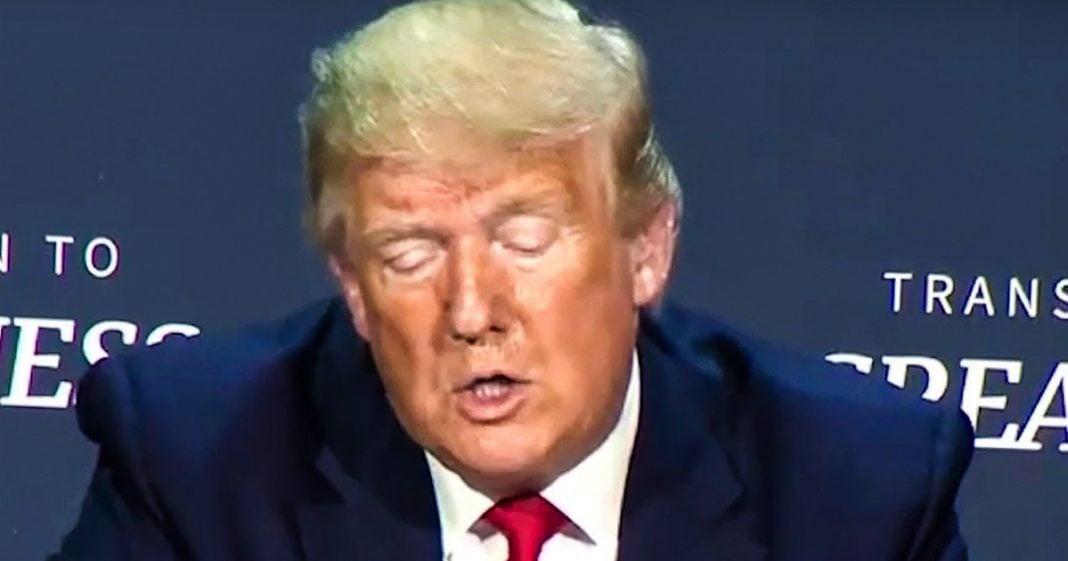 Donald Trump was planning on having his campaign give a press conference from the Four Seasons Hotel in Philadelphia. But when it came time for the press conference that was headlined by Rudy Giuliani, it became clear that it definitely wasn’t the Four Seasons, but instead was held in the parking lot of a company called “Four Seasons Landscaping.” Ring of Fire’s Farron Cousins explains why this is the most fitting end to the Trump campaign.

No, it was the parking lot of a business called four seasons landscaping. And Rudy Giuliani was out there. I guess he was the headliner of this landscaping press conference to talk about voter fraud and all the legal challenges that by the way, Trump is losing a spectacularly in court. Giuliani is at the podium. They got to, you know, a Trump backdrop behind them. There’s, you know, scattered people out there in this dingy little parking lot. And so Trump had to go back, delete his earlier tweets saying four seasons hotel. And he changed it to four seasons, total landscaping as if he hadn’t screwed up. And as if people hadn’t already screenshotted the original tweet, like we know what you said. There had already been stories on it that captured the original tweet. And now you’re like, no, no, no, totally. We absolutely were aiming for four seasons, total landscaping, you know, or campaigns on a budget.

We got to put all our available money towards, uh, you know, these legal challenges. So, you know, we didn’t want to go four seasons hotel. No, no, no. We’re just going a little local landscaping business. That was absolutely intentional. Sure, sure. We all totally believe that too. I mean, you you’re fooling every one of us, right? Could there be a more fitting end to this administration? Honestly, I don’t think so. I think that little rinky dink press conference yesterday at the wrong venue, instead of it being at a luxury hotel, you’re in a no offense to four seasons, total landscaping. You’re in a pretty gross parking lot. That’s where you belong. You belong out there in the elements. You don’t belong out there in the lap of luxury, like everything else with your campaign and your businesses. It was all a farce and the facade fell off yesterday and we got to see what it really looks like. And it looks like a dirty dingy parking lot. Sparsely filled with people who don’t even believe what you’re saying, the con unraveled yesterday. And again, that is the most fitting end to this administration that anyone could have possibly imagined.