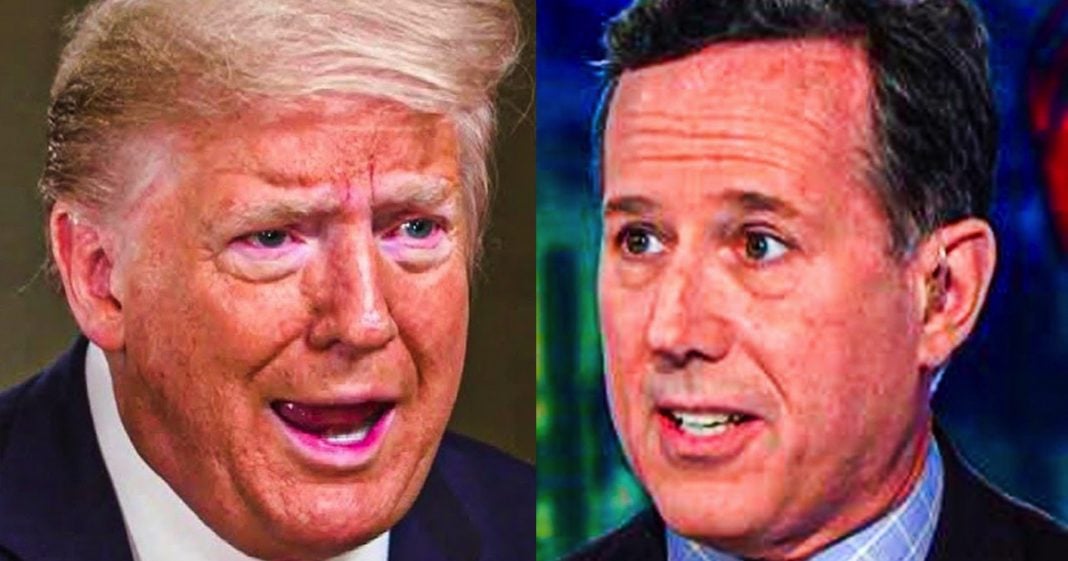 Republicans all over the country seem to have forgotten that they spent the past four years telling Democrats to suck it up; wearing clothing with Trump’s name on it above text that read “Eff Your Feelings”; and selling drinking mugs that said “Liberal Tears.” These same Republicans are now begging leftists and Democrats to please be nice and gracious following Biden’s thumping of Trump, but they don’t deserve our sympathy or empathy right now. Ring of Fire’s Farron Cousins explains what’s happening.

Over the weekend after it was announced officially the Joe Biden is the president elect. Uh, Republicans had one simple, easy request, uh, for Democrats, liberals, leftists, and everybody not, uh, on the right. And that was, please, please give us our space peel. Please respect our feelings. Uh, during these trying times you had a Megan Kelly tweet out such things like, Oh, let’s be nice. You know, you gotta respect their feelings. You can’t do this. You can’t be jerks about it. Rick Santorum went on CNN and said, we all need to emphasize a little bit with the president. And with other Republicans dealing with these losses, you know, basically Republicans were telling us don’t act like we acted for the last four years. And to that, I think everybody on the left, even some of the centrists issue to pig, not going to happen, folks, we’re not going to be nice.

They have been gaslighting us. And then they’ve been saying that we’re the snowflakes because we get outraged by some of the horrific policies that we see coming out of the trumpets, the ministration. But now we’re learning who the real snowflakes are. And they’ve always been the real snowflakes. And a lot of us already knew that. But again, they’ve been gaslighting us into saying like, you’re the snowflakes and we know we’re not, but we kind of feel crazy cause they keep saying it and we have to keep refuting it. Don’t be nice. You’re under no obligation whatsoever to be nice. And it’s funny to see now all these conservatives coming out, you know, posting on their Instagram and Facebook and Twitter saying like, look, I’m still gonna be friends with my democratic friends. I’m still gonna be friends with my Republican friends. This doesn’t change anything.

We can have different beliefs. And we can also . Where was that? Four years ago? Where has that been for the last four years? It’s not how you were acting now suddenly now that you know your losers, you want to be like, well, can’t we all just get along? Uh, I didn’t mean all those horrible things that I said to you and all those horrible products that I spent money on, just a mock you know, new, new, new that’s. I’m still friends with all of you bull. I don’t care about your feelings. I really truly don’t. I don’t care if you think we’re being mean right now. I don’t care. If you think it’s a little overboard, I can promise you. We’re not going to take it as far or as long as what y’all did. And nobody’s going to treat Biden with the exception of, I think that guy, Chris Jackson, on Twitter, uh, nobody’s going to treat Biden as if he’s the Messiah like y’all did with Trump.