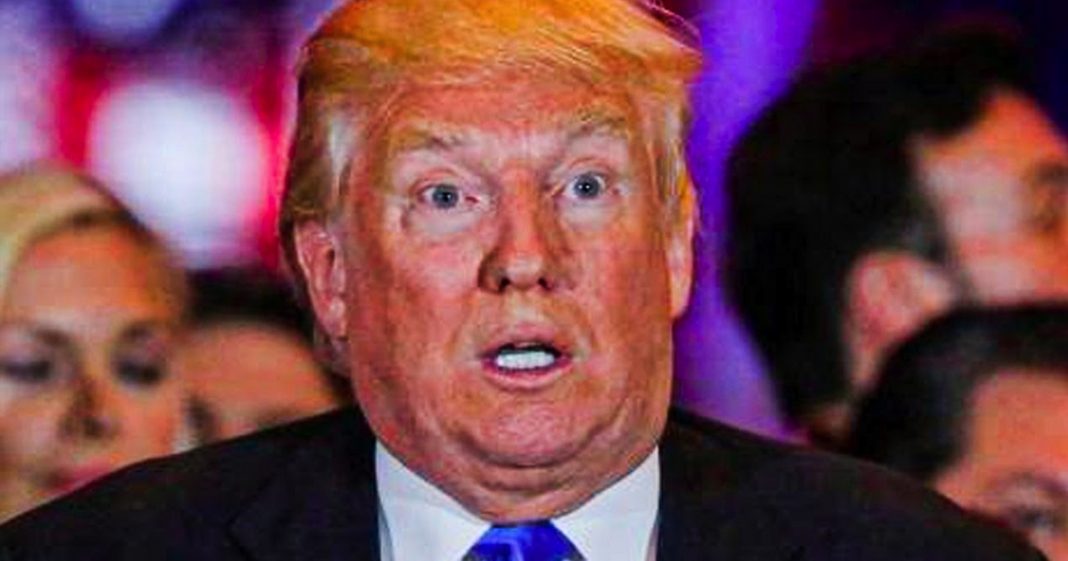 We don’t even have a final winner of the 2020 Presidential race yet, and already we’re hearing talk about the 2024 election. And worse yet, Donald Trump’s name is still right there at the top of the list. According to those who know him, they believe that the President is going to launch a revenge run in 2024 to get another four years which he clearly believes that he is owed. Ring of Fire’s Farron Cousins discusses this.

Now that it’s pretty obvious to everybody except the diehard MAGA cultists, that Donald Trump is not going to be president as of January 20th, 2021 at noon. A talk has now centered around 2024. And I know a little early, right, little early to be getting into that whole thing. Nobody wants to talk about it. Nobody wants to deal with it, but there is one issue we have to deal with. And that is the fact that according to a report from CNN on Thursday of this week, staffers and aides close to Donald Trump, believe that he is going to launch a quote resurrection run in 2024 to pick up that second term that he believes, obviously that, that, that he is owed. So he could run for president again in 2024. Uh, not so sure that that’s the smartest move. Not so sure that that’s something the voters would want, and I’m not so sure that resurrection run would be the right term.

I think the right phrase you’re looking for is revenge run because that’s what this would be. Donald. Trump’s seeking a second term after, uh, losing this election. That wouldn’t be a resurrection that would be revenge. He would only want to be president for another four years to take his revenge out on the American people, to punish all of the politicians who didn’t immediately speak up after he, uh, got shellacked at the hand of this week, uh, shellacking didn’t happen on Tuesday. It took place much slower, so much, which more drawn out. You know, they, they kind of let him bleed out a little bit and then, you know, tortured him a little more along the way until finally doing a minute was it was quite a gruesome, uh, feat. You know, it would’ve been more merciful to just do it on Tuesday evening instead of having to drag it out all week.

But nevertheless, that’s what happened. Uh, I don’t think Trump would win again in 2024. And I’m not just saying that because you didn’t run in 2020. I think the novelty of Trump wore off a lot this year, and that’s why he wasn’t able to pull it out. But four years of him being removed from a position of power to where he has nothing to back up anything, he says, it’s all just whining on Twitter or whining on Fox or whining on own or whatever, a conservative outlet he decides to create himself. All it is is whining, whining, whining, whining, whining. At least when he was president, you could still see him every now and then with his mouth shut, doing presidential things and projecting a presidential image. Now I’m not saying he ever acted presidentially, but I am saying when you saw him walking onto air force one, when you saw him standing outside the white house, when you saw him sitting with other world leaders that does change your perception of somebody it does.

Now, if all you see is him as the crazy old guy, watching Fox news and tweeting, suddenly that person looks a lot less appealing. Even if you had found them appealing in the past, Rudy Giuliani is the absolute best example of that folks. And that is the path that Donald Trump is going down. He is going to become the next Rudy Giuliani, somebody who would one time, a lot of people did say, you know what? I respect him. I think he’s done some good things. And now it’s just crazy harebrained. I grab, I’ve traveled the world to find Joe Biden’s dirt. Like, okay, Rudy. Sure. You’re tucking in your shirt there. Good job. Um, please go away. You shouldn’t be within 50 yards of a school here. Uh, anyway, that’s what Trump has becoming. And, and his metamorphosis is going to be much more public and much faster than Rudy Giuliani’s is, but that’s what we’re dealing with. And that’s why I think these threats of Trump running again in 2024, bring it on because you’re not going to pose a real threat to Democrats. All you’re going to do is remind the Republicans and the independent voters out there, how crazy the Republican party can be.