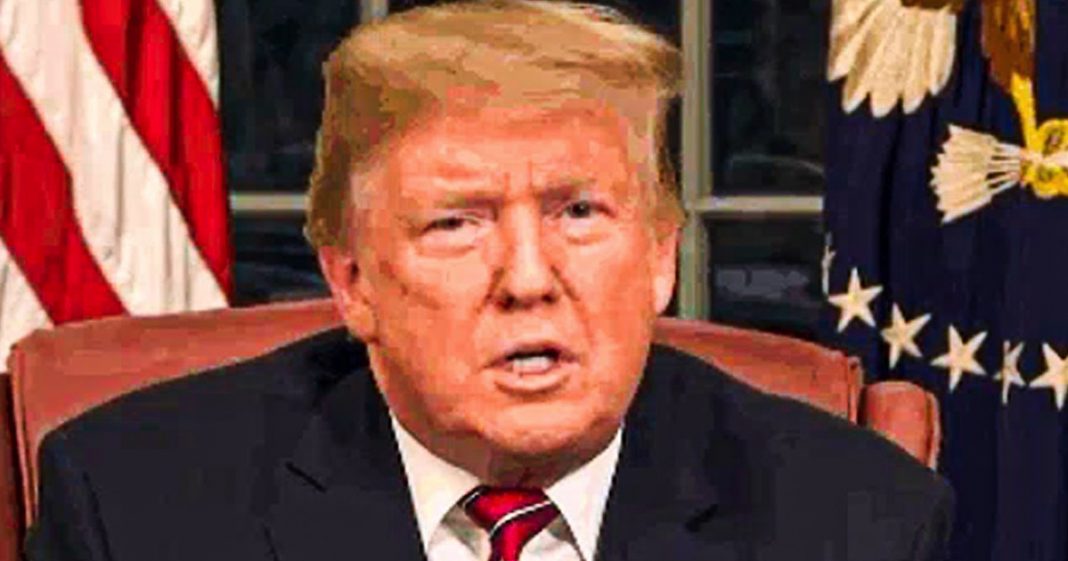 Not long ago, Donald Trump promised Americans that we would have a COVID vaccine by election day. Election day came and went this week without a single drug company filing for a patent, and most of the trials being conducted on possible vaccines have been halted due to severe side effects being reported. Trump lied, and that’s not surprising – but he gave false hope to Americans who believe that vaccines can be made overnight. Ring of Fire’s Farron Cousins explains what’s happening.

Well folks election day came and went this past. I don’t know if you’re paying attention, but Hey, we had an election this week. Uh, but I wanted to point that out. Not because I want to talk about the results of it, but because, Because Trump had promised us while Back, we would have a vaccine For the Corona For COVID-19 here in the United States, a vaccine would be available for American citizens by election day. I don’t see a vaccine. Do you, have you seen The news stories about a vaccine being widely available? No, you haven’t. You know why? Because there hasn’t even been a single drug company here in the United States that has applied for a patent One, a vaccine there’s been nothing filed to say that They have developed a working vaccine.

All of the vaccines available are still in clinical trials. And most of those clinical trials unfortunately, are not going well. A lot of them have already been stopped by the way, because it’s not working in people are developing horrible, horrible side effects from them. That’s not to say there will not eventually be a safe vaccine. As long as this virus is around and it’s posing a huge threat to large numbers of people, they will continue to work on a vaccine and eventually they’ll get it right. They will. I have no doubt about, But typically it takes about 10 years for a vaccine to come out and the emotional Extreme cases where everything was fast tracked and went according to plan and everything was perfect.

Four years is the smallest amount of time it’s taken for. Trump knew that by the way, when he made these lofty promises, he just thought it would be a good way to con people into voting for him. You know, telling everybody, Oh, if you’ve over Joe, Joe Biden, doesn’t want my vaccine look, dude, your vaccine right now is pure poison. And That’s what the drug companies are saying. They’re the ones who are developing these things. They’re the ones who are, you know, putting it through the trials. And they’re the ones who are having to look at it and say, Holy crap, we’re not there. We’re not Close. I mean, Go and look at some of the results from the studies that are currently being done, actually that are being halted right now. You are seeing people develop symptoms from these vaccines because they’re so rushed and we’re not taking our time to get the science, right.

Wait, it’s horrendous. Trust me. I am not an anti-vax person at all, But, And I’m also not somebody who trusts the drug companies either. So I don’t think I’m on that side. I’ve actually had plenty of people say that because I’m not, anti-vax, I’m clearly in the pocket of big pharma. Uh, you know, the industry I’ve been attacking for 16 years here on ring of fire, but sure. Or whatever the point is we, I have to go through the steps. We have to go through the processes. I know Trump wanted it immediately, but that’s never, that was never an option. That was never a thing that was going to happen, But he kept telling us it would. So that way he could avoid any and all responsibility. He didn’t have to go out and put a mask mandate in place because as he said, Hey, well, you’re going to have that vaccine in like two weeks.

Don’t even worry about buying a mask. We never got it. We may never get it. How we may hit herd immunity with 5 million Americans Dead before a vaccine comes out, who knows. And the worst part is Usually when they do get a vaccine, how badly is big pharma gonna Screw us on it? You know, what are they going to charge us? How much Is that going to cost us? Even though we’re probably, well, we are already paying for the R and D for it. Trump has given billions of dollars to drug companies, our tax dollars, billions of it to these drug companies to develop a vaccine that he swore was coming by election day, that hasn’t even made a successful clinical trial. Yet we have already paid for the vaccine. And if their history is any indication, big pharma is going to make us pay through the nose for it a second time, when It’s finally available.