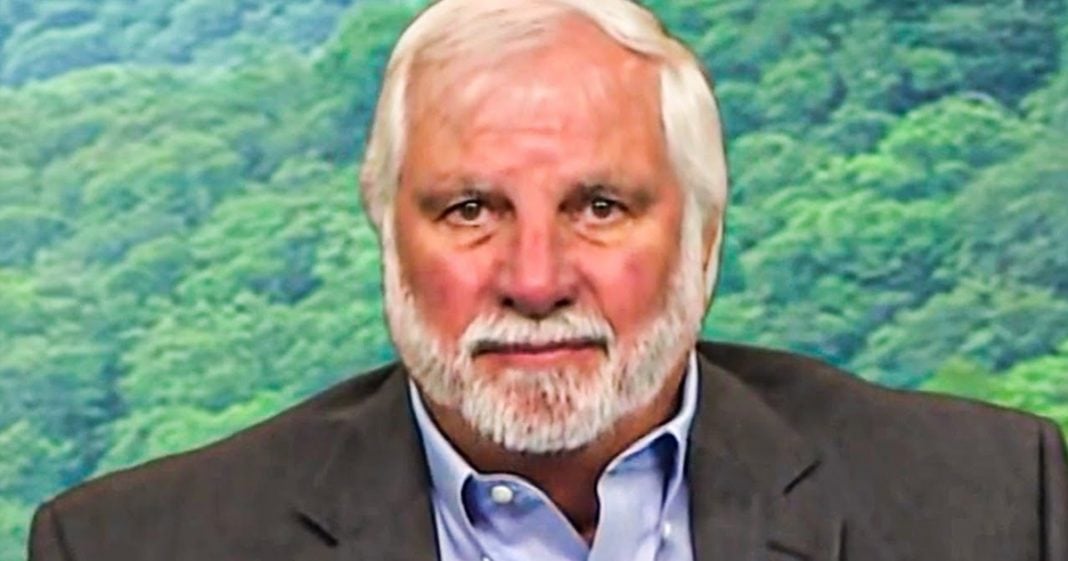 Right wing pastor Rick Joyner told his flock back in March that God would protect him from COVID 19, but apparently that protection expired last week when he announced via his Facebook page that he had the virus. Joyner has been an ardent supporter of Donald Trump, and believes that the President is doing the best job possible. Ring of Fire’s Farron Cousins discusses this.

It was announced earlier this week that a Trump loving, evangelical right wing pastor by the name of Rick Joyner had contracted COVID-19. He has the Corona virus. And that’s sad as I’ve said, we don’t wish this on anybody. Uh, but here’s the thing about joiner back in March. Guy puts out a video saying, Hey, this thing is barely even in the United States, which wasn’t true at the time. And the reason it’s not here in the United States, Rick Joyner said in his video is because we’ve been praying in a way God is protecting us from this thing. We’re Americans. That’s what God does see were his favorite country.

And so if you keep praying, you know, you really not, we’re going to be okay, well, I guess Rick joiner wasn’t praying enough. Or maybe his flock wasn’t praying hard enough for him or good enough. Maybe it wasn’t quality prayers, you know, maybe they just going through the motions, whatever it was. Joiner finally had to come out and now it’s on his Facebook page. I got the dang thing, thoughts and prayers, yada, yada, uh, that they said their thing, you know, don’t contact, we’re trying to care for them, hopefully real full recovery and all that nonsense. But here’s the thing. Um, it doesn’t matter if you’re religious, it doesn’t matter if you’re not religious. It doesn’t matter if you’re a Trump loving, evangelical, or if you’re a, you know, far left atheist, believe the science stop, pretending that anything other than listening to people smarter than you is going to fix this. We know what we have to do. We know to take precautions.

You know, the, even if we’re looking at it from the evangelical standpoint, if, if I’m an evangelical who thinks, you know, God is in control, who do you think created masks? Who do you think gave people the intelligence to figure out how this thing is spread and to warn others about what to do and what not to do. That’s what I don’t get about these evangelicals is, Oh, God has a plan for everything. God has a plan for each one of us. Okay. Well, if his plan for somebody like dr. Anthony Fauci is to educate the public and tell them, Hey, don’t stand more than six feet away from some, or don’t stay in less than six feet away from somebody. How do we know? It’s not God’s plan for us to listen to him. Do you see what I’m saying? Like the whole thing really starts to unravel pretty quickly when you just even barely kind of poke it, but they can’t see that. And so they do stupid things like what Rick Joyner did tell his whole flock. Everybody who follows him that, Hey, just keep praying. We’re we’re safe. This and then, oops, I got it. Don’t be stupid. Don’t listen to the charlatans. Don’t listen to the people who make money off of invoking Jesus’s name. In fact, probably a good lesson in life. Don’t believe the people who make money in Woking Jesus’s name on any issue that they talk about unless they’re teaching a class on how to con people. I think we could take their advice on there because they’ve clearly been pretty successful with it.