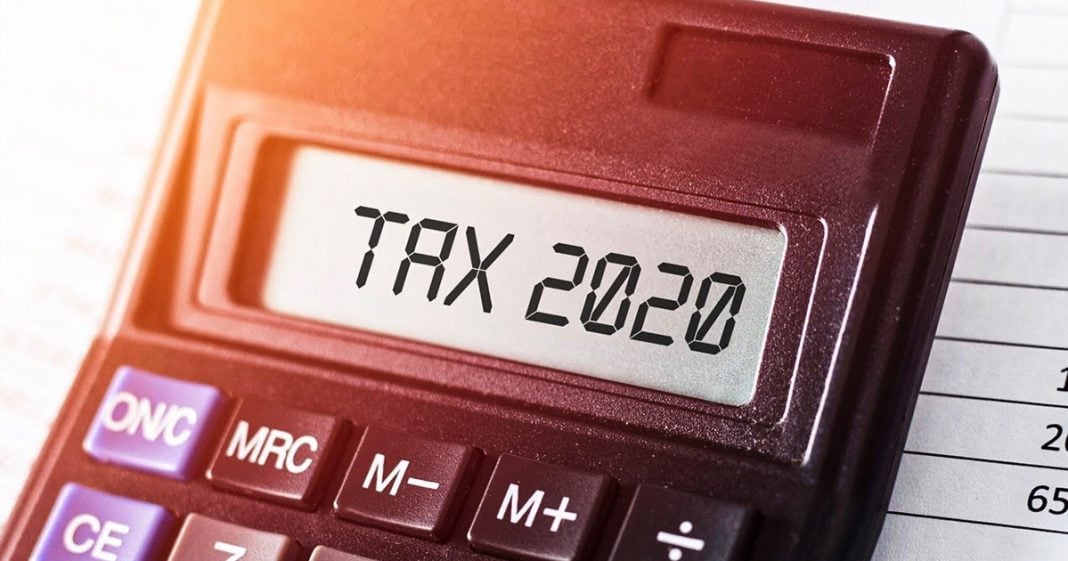 According to an analysis of the Republican tax bill passed in late 2017, the middle class tax cut that was included in the package is set to expire at the end of this year, meaning that our taxes are going to go UP in 2021. This was by design – Republicans put this provision in there to either screw over a Democrat (if a Democrat won that election) or to allow a Republican the opportunity to push for a new round of tax cuts to emerge as a “hero.” Ring of Fire’s Farron Cousins discusses this.

Number seven three, two, one. The Republicans have spent the last few months, you know, prior to Tuesday’s election telling us that Joe, Biden’s gonna raise your taxes. Your taxes are gonna go up under a Biden administration. Biden always had had to say, no, listen, if you make under a certain amount, your taxes are very much not going to go up up, but here’s the dirty little secret Republicans were, right? Your taxes are going up next year. Nothing to do with Joe Biden has nothing to do with the election. It has everything to do with that tax cut package that Republican shoved through Congress in late 2017, uh, because that’s the way they designed it. That’s how your taxes, your tax cut worked. And according to a new analysis by a Nobel prize, winning economist, Joseph Stiglitz, your taxes are set to increase every two years from 2021 to two, a 2027. And by 2027, your taxes will be more than they were in 2019. The first year that we average working class people got that tax cut our tax cut. And we told you this at the time. And we told you this repeatedly, our tax cut was only for two years, that’s it?

And most people didn’t even get it, or it was so small as to not be noticed. And because they took away a lot of the write offs that working class people have. A lot of us ended up actually already paying more in taxes. So here’s how it works. Um, and again, I’m glad stigmas pointed this out. We pointed it out at the time. Um, I, I feel like we didn’t have to have a Nobel Laureate tell us this, but if he’s the only one, well, I’m willing to look into it then. Hey, great. Anyway, I’m not knocking him at all, by the way for this. I’m just saying, you know, anybody else could have also pointed this out. We did. And I think a lot of other people in progressive media did, uh, but okay, here we are. Every two years, 2021, 2023, 2025 and 2027 is the last year. Uh, but all of those two years, our taxes, if you make under 100,000 a year, your taxes go up.

Now, if you make over a hundred thousand a year, your taxes don’t get touched, right? You’re not going to get the increase. So 65% of Americans, the bottom 65%, you’re going to see your taxes go up next year. Here is why Republicans did that. And it’s a little more in depth than the, they hate it. Um, they do hate you don’t get me wrong. Um, but they knew 2021 was going to be a new president year or was going to be the beginning of the second term of Donald Trump. So by putting that provision in place saying that 20, 21, your taxes go up, either, either gives them the clearance to say that, Hey, we told you that Democrat one, your taxes went up. Look, we told you, and then they start running all the ads saying your taxes went up, knowing that they did that to you. But you don’t know that because this, the beauty of it public doesn’t pay attention to .

Like not a thing. And I’m sorry, public, but you don’t. So Republicans get away with that one or 2021 rolls around. They say, Hey, Oh, look at this. It looks like your taxes are about to go up. We need to come up with a tax cut package for you. Let’s put together a big thing. We’re going to lower your taxes. We’re going to cut taxes for, for millionaires and billionaires and corporations mostly. But Hey, you know, we’re going to make sure that we’re going to take care of you guys. You guys are going to be taken care of in this deal. Don’t worry. Don’t you worry about it. They were going to get 99% of it, but I mean, trickle down for you. That’s what’s going to happen. One of those two scenarios is going to play out and either way, the working class, people of the United States lose. And if Democrats don’t go ahead and jump on this messaging, then they can count themselves among the losers too.