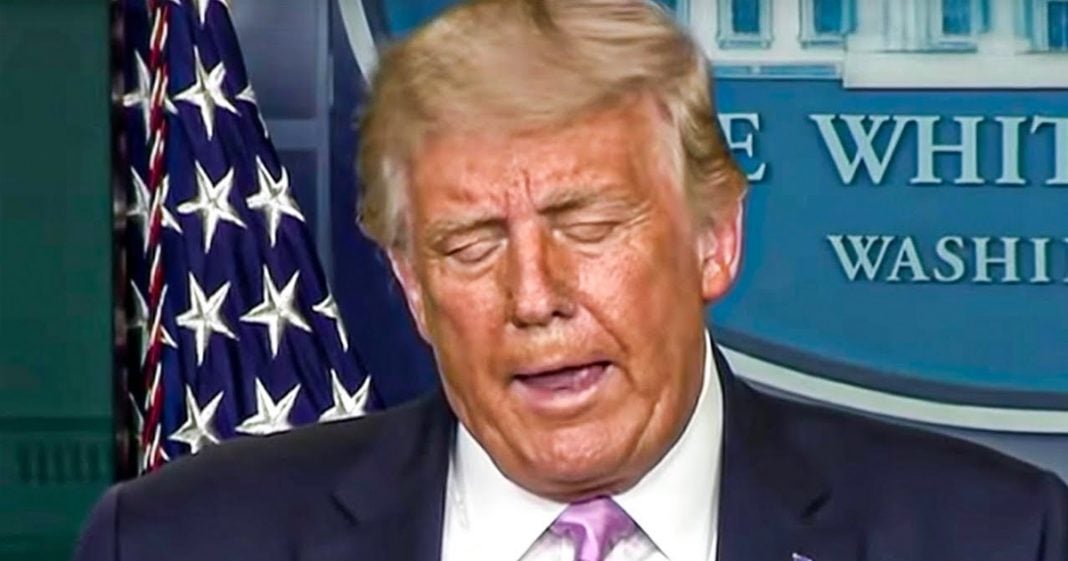 According to the latest count, fourteen different Trump cabinet members and White House officials are either under investigation for violations of federal law, or they have been accused of breaking federal laws. The laws that these officials broke are all the same: The Hatch Act. And while it may seem small, it just goes to show that this administration has no regard for the rule of law. Ring of Fire’s Farron Cousins discusses this.

According to an analysis. There were at least 14 different members of the Trump administration who are either currently under criminal investigation or who have been accused of criminal conduct. And each one of these 14 people, six of them are cabinet officials. The other eight are just regular administration officials. Uh, the law that all of these people have been accused of breaking is the hatch act, which is a federal law. So a violation of the hatch act is a violation of federal law. Here are just a few of the people named, uh, that have been accused of this, uh, the cabinet secretaries. These would be secretary of state, Mike Pompeo, attorney general, bill BARR, education, secretary Betsy DeVos, interior, secretary David Bernhardt, agriculture, secretary, Sonny Perdue, and acting Homeland security. Secretary Chad Wolf. You also of course have other administration officials, including, but not limited to white house, press secretary Kayleigh McEnany, and nobody knows why the hell she’s there.

Ivanka Trump with a staggering 48 Ivanka Trump has 48 different noted violations of the hatch act. So for anybody not familiar with this, the hatch act is the federal law that says a government official can not advocate for or against any political party or candidate or issue from their official capacity. Working for the federal government. The exceptions include obviously the vice president and the president of the United States. Anybody else you can’t use your official position to go out there and say, vote for Trump or don’t vote for Biden. These people have done that. And many, many more things over the last few months alone. Now here’s the thing. You may think that violating the hatch act like, okay, they’re not supposed to go out there and say, Hey, vote for this person or don’t vote for that person. It does seem kind of silly, right?

I mean, is this going to be a felony, you know, reacts, you’re going to lock anybody up over this. We’re already over incarcerated as a nation, as it is. You know, let’s, let’s not, you know, kind of nitpick some of this stuff here. Well, here’s the thing nobody’s going to jail for these hatch act violations. The office of special counsel was only able to essentially recommend disciplinary action to the president, much like they did with, uh, Kellyanne Conway. When they said, Hey, she keeps breaking the law. You need to fire her. And Trump said, okay, I’m not going to do anything. Thanks for your report. And that was the end of it. So that’s essentially what would happen. But folks, the point is all of these individuals know what they’re doing. They know that this is the law and it doesn’t matter if it’s a minor law, doesn’t matter if it’s serious. All they know it and they’re making the conscious choice to break it.

And the reason I like to bring that up is because you think about any video, you’ve seen any video where you have an unarmed black person or maybe a mildly armed black person. You know, they got a pocket knife and a bunch of cops with guns pointed at them. And the cop says, you know, Oh, stop walking forward. And they just keep slowly walking forward and they get shot a hundred times. And her laying there dead on the pavement, the Republican response is who he should have just obeyed the law. Why don’t you just, Oh, by the law where where’s your, why didn’t you just obey the law to the Trump administer? Hmm. They know that they know that’s the law literally being told by law enforcement officials to stop doing the thing. And they’re continuing to do the thing. Why is it? You can tell one group to just obey the law, listen to enforcement authority, but you won’t tell it to the other group. I wonder what the difference is is gee, that’s a real head scratcher. Maybe we’ll never know, although pretty sure we all know why.