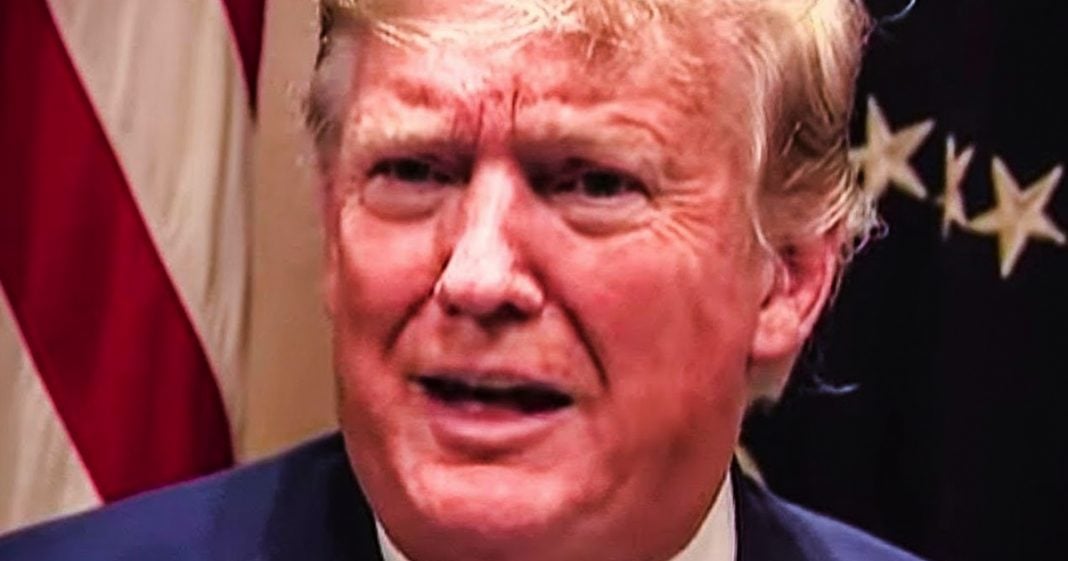 Donald Trump has been screaming about “stopping the count” for several days now, which is ironic because that would have guaranteed a Biden victory. According to reports, his aides actually had to go and explain this simple fact to the President, but it doesn’t appear to have changed the President’s talking points very much. Ring of Fire’s Farron Cousins explains what’s happening.

Yesterday morning, Donald Trump tweeted out his infamous stop. The count, the all caps tweet that pretty much everybody immediately began to mock with the pictures of the count from Sesame street, pictures of a count Dracula, all kinds of other counts, uh, that, you know, they saying Trump wanted to stop. But what he wanted to stop was the vote counting because the more votes got counted, the worse it was for Donald Trump, it was looking like he was going to lose Pennsylvania and lose Georgia if they kept counting votes. And then sure enough, this morning news came in Pennsylvania now is Biden lead. George’s now Biden lead. They kept counting and dang it. Donald Trump got screwed, but according to reports his staffers immediately after he tweeted out that infamous stop the count they had to come up to him and let him know that, sir, if they stopped the count Biden still wins.

Yeah. You see what we need, mr. Trump is, uh, is for them to keep counting in Nevada and Arizona, because you, you may have a chance of, of winning those States. If they keep counting. If there’s some Trump votes still out there, we need those to come in. But if not, and Biden has the lead in there and they stopped counting that puts them at exactly two 70 electoral votes. And then, and then he’s the next president? Your you’re a lame duck. So could you please not tweet out, stop the count? So the white house then later yesterday had to come out and say, well, obviously he doesn’t mean Allstate should stop the calendar. So they literally the white house talking out of both sides of their mouth. Stop the count, keep counting over here. If we’re winning in your state, stop the count. If we’re losing in your state by God, you’ve got to keep counting. I that’s where we saw the idiotic pro-Trump protestors outside, uh, chanting for them to keep counting the ballots at the place where they were already counting the ballots. Like they’re sitting there counting ballots and you’re distracting them by yelling at them. Count the ballots were fricking triune. You idiots.

I don’t even know what to say anymore. I feel like I’ve already said everything there is to say about what is happening. I’m exhausted. You’re exhausted. We’re all tired of this. We would all love to be able to go into this week and to do regular weekend crap, right? We’re not going to be inundated. You’ll want our social media of, Oh, you have voted. You gotta vote. You gotta vote here. Every other ad on TV, not going to be a political ad folks. We’re ready for this to be over. And I know this is diverging from the topic at hand here, but by God, I’m tired of it. I really am Biden has this. Okay. Give it up. We’re going to go through the legal battles. His cases are already getting tossed out of court. Yo, his staff is having to tell him you’re an absolute idiot for tweeting stuff. Shut the hell up. And now if they stop the count now, yeah, Biden’s got it by what like 300 electoral votes because the leads in Pennsylvania, Georgia, it’s over Over.

So please Let’s move on. Let’s start talking about other things. Let’s start covering other things. Let’s start scrutinizing who Biden’s gonna put in his cabinet. Cause that’s going to be a big deal. That’s going to determine what’s going to happen. We still got some Senate races out there that could give Democrats a bit of an edge. Maybe, maybe not, who knows, but either way, It’s over Stopping the count, continuing to count which continuing the count is what should happen. But at this point it’s all going for Biden. Anyway, Trump needs to shut up except that he lost, except that the more he winds the worst, He looks it’s over folks in just a few months. It’s finally going to actually be over.