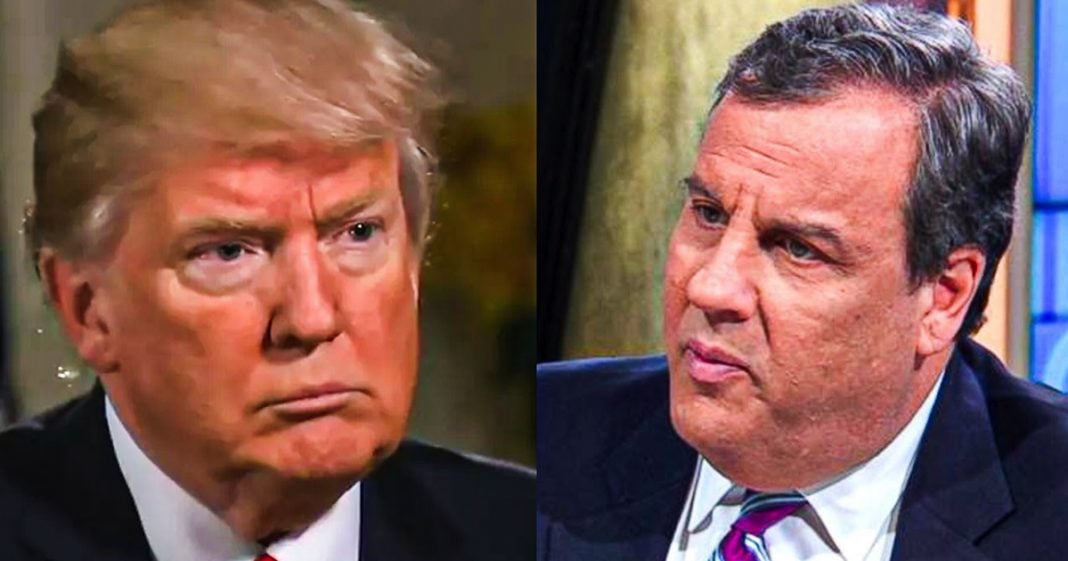 Former Trump ally Chris Christie has had just about enough of the Trump campaign’s claims of voter fraud, and he’s called on the President to either provide the evidence they claim to have, or just shut up about the whole thing. This is one of the few times where Americans should listen to Christie, and he’s right about handing over the evidence or just accepting the results like a grown up. Ring of Fire’s Farron Cousins discusses this.

Yesterday during an interview with ABC news, Chris Christie, a I guess at this point, you’d have to call him a former Trump ally, uh, basically said during the interview that as far as the voter fraud, evidence is concerned, Donald Trump and his campaign need to either put up or shut up here is exactly what Chris Christie said, said, we heard nothing today about any evidence, this kind of thing. All it does is inflame without informing. And we cannot permit inflammation without information. It’s little catchy talking point he’s got there. Um, he continues. If you’re going to say those things from behind the podium, at the white house, it’s his right to do it. It’s his right to pursue legal action, but show us the evidence. I want to know what backs up, what he said so that I can analyze it. And let me tell you if he’s right, I’ll be outraged and I’m sure you would be too.

Uh, and if he’s wrong, then the American people are going to be able to make the judgment about this election. That the results have been fair now, right there at the end, you could tell like, Oh, I mean, if there’s, if there’s fraud, yeah. Then yeah. We’re all going to be outraged and sure, totally. But you know, if he’s wrong about it, then everybody can accept it and move the hell on. Cause Chris Christie also knows he wouldn’t go out there telling the administration to either put up the evidence or stop talking about it. If he thought it was real, if he thought it was real, he would say, please release that evidence. The people need to see what, what, what really happened. The talking point would be different. It wouldn’t be a put up or shut up. It would be a put up and shut them up is what that talking point would be.

So even Chris Christie doesn’t believe this. And do you know why folks? Because there’s no evidence. This is just like with the Hunter Biden thing folks. Oh, we’ve got this evidence. Oh no, no. Our secret documents were lost in the mail on their way to Tucker Carlson who mailed them from LA to his studio in New York. Instead of just, I don’t know, holding them, none of this makes any sense because none of it was designed to make sense, not to mention the fact that if this were some kind of grand conspiracy and Democrats did manage to rig the election, so Joe Biden would win. Don’t you think they’d had gone for down-ballot races too, because as it stands right now, they’re probably not going to control the Senate. They lost a couple seats in the house. Don’t you think if they were rigging the election, they would have gone ahead and rigged a couple of those races too, or just the Democrats that incompetent that they can’t even Reagan election, right?

Huh? I forget which one it is now because none of this makes any sense. Uh, one of the only times I’m going to say this, Chris, Christie’s right. We should listen to Chris Christie. We should all be demanding what Chris Christie is demanding. And that is, if you have the evidence, please release the evidence. If you don’t shut the hell up so we can all finish the counting and then move on with our lives. A lot of us are getting really tired of having to cover this crap. Every single day kind of, kind of starts to wear on you. There’s much nicer. I wouldn’t say much more important, but there’s other important issues out there that also need to be discussed. And it’s kind of hard to do that when we have this ongoing lingering presidential election that everybody’s already sick of, it is obvious at this point that they don’t have the evidence. If they did, they would have presented it in court. When their lawsuits were getting thrown out for why a lack of evidence, they don’t have it. It doesn’t exist. Don’t believe the talking points from Trump or his idiotic children. There’s no evidence of voter fraud, at least that we have seen so far. If it emerges in the coming days, fantastic release it. Show us if not shut up and get ready to move out of the white house.