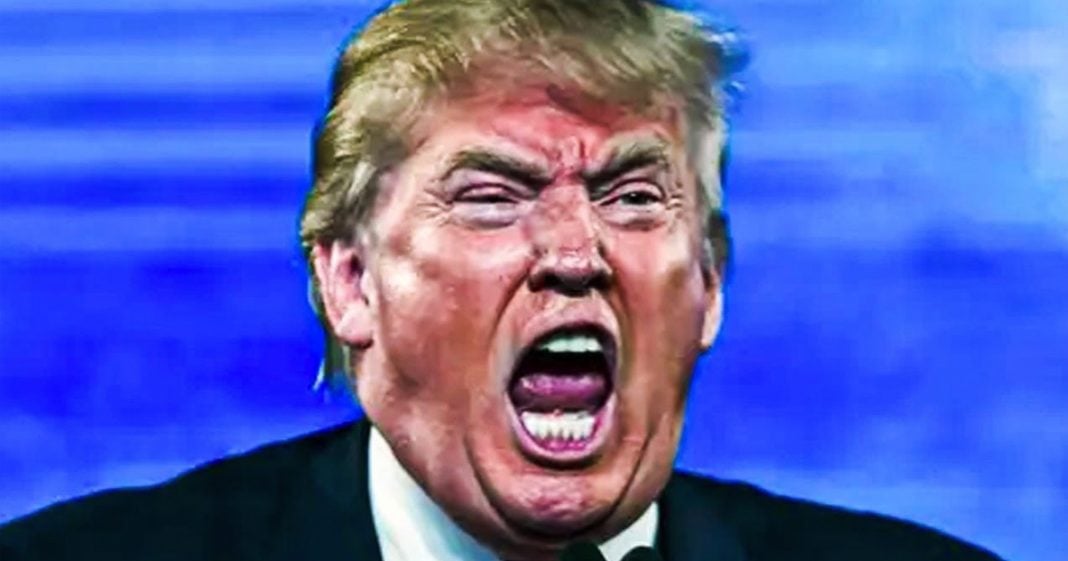 In a fit of madness and rage on Wednesday, Donald Trump announced that he would be taking ALL of the remaining electoral votes, even though he’s clearly not going to win most of the remaining electoral votes. This move is certainly not binding or legal, but it does show us that the President of the United States is not well, and we can expect two and a half months of chaos from the White House. Ring of Fire’s Farron Cousins discusses this.

Right now. And pretty much since a Wednesday morning, Donald Trump’s been having a meltdown and his meltdown has been very public. He has not been shy about letting people know that he is not doing well, but yesterday he kind of took his windingness, uh, to a whole nother another level up, possibly even a criminal level by announcing that he was straight up stealing. What was left of the 2020 election here is what Donald Trump tweeted out a two-part tweet. We have claimed for electoral vote, poor, uh, purposes, the Commonwealth of Pennsylvania, which won’t allow legal observers, the state of Georgia and the state of North Carolina, each one of which has a big Trump lead. Additionally, we hereby claim the state of Michigan. If in fact there was a large number of secretly dumped ballots as has been widely reported.

The second part, uh, there was a large number of secretly dumped ballots as has been widely reported. That tweet was the follow-up to the first one, because the first one was a little too long and Twitter actually had to put a disclaimer on it that said some or all of the content shared in this tweet is disputed. It might be misleading about an election or other civic process to put it in another words, a Twitter had to come out and say, this isn’t true. The president’s lying, but look, we all expect the guy to lie. That’s what he does best. What we didn’t expect him to do was just straight up. Be like, you know what, screw it. I get Pennsylvania. I get Georgia. You know what? I’m taking Michigan to gimme Michigan, uh, North Carolina, your mind, I get those votes. Um, I’m going to go ahead and give myself an additional 10 points just because I’m so good at what I do.

Uh, Mike Pence, you get an extra three, you know, you did good in your debate. So there you go. Uh, I think we’re, I think we’re good. Now we got the two 70 elections over. Thank you everybody for coming. This is not how it works. There’s no illegal dumping of ballots. That’s been found. Eric Trump shared a video or retweeted, a video of, uh, you know, a vote counter, allegedly ripping up or crumpling up a ballot and throwing it out. You can clearly see in the video, it’s a blank piece of paper, a blank piece of paper, and he just kind of grabs it and tosses it. And that’s it. He wasn’t, he didn’t study it and say, Oh, it’s a Trump voter or Biden voter and throw it. That’s not what happened. There is a lot of misinformation happening right now. And a lot of it is coming from the desperate president and his family.

But what we’re seeing is only going to get worse. And trust me, there’s already some worse things that are going to be discussed later on today. But right now we have to understand that the president, as he watches this victory slipped further and further away from him because on election night, for the most part, it really started early off to look like he had this, you know, when he got Florida, when Biden couldn’t make a dent really in Texas, uh, it seemed to be all over. But then as more votes were actually counted, we saw, Oh, wow, no, no, no, no, Biden’s got this. Biden’s got it for the most part. I mean, as far as we know right now, unless they find some secret cache of Trump votes in Arizona, which ain’t going to happen, Biden’s going to be the next president of the United States.

Trump’s going to whine about it. He’s going to cry about it. And for the remainder of his existence, he is going to claim that it was an illegal illegitimate victory for Joe Biden. He’s going to claim voter fraud. He claimed voter fraud on the election that he already won. But think about this. And I wish I remembered who tweeted this. I I’ve seen it posted on so many patient people’s social media accounts. Um, but think about it this way. How pathetic is it? We’re two days past the election and we’re still trying to figure out if the candidate who has three and a half million more votes is going to end up being a winner. And Trump is doing everything in his power to make sure that the person who more people chose doesn’t get to be the next president.