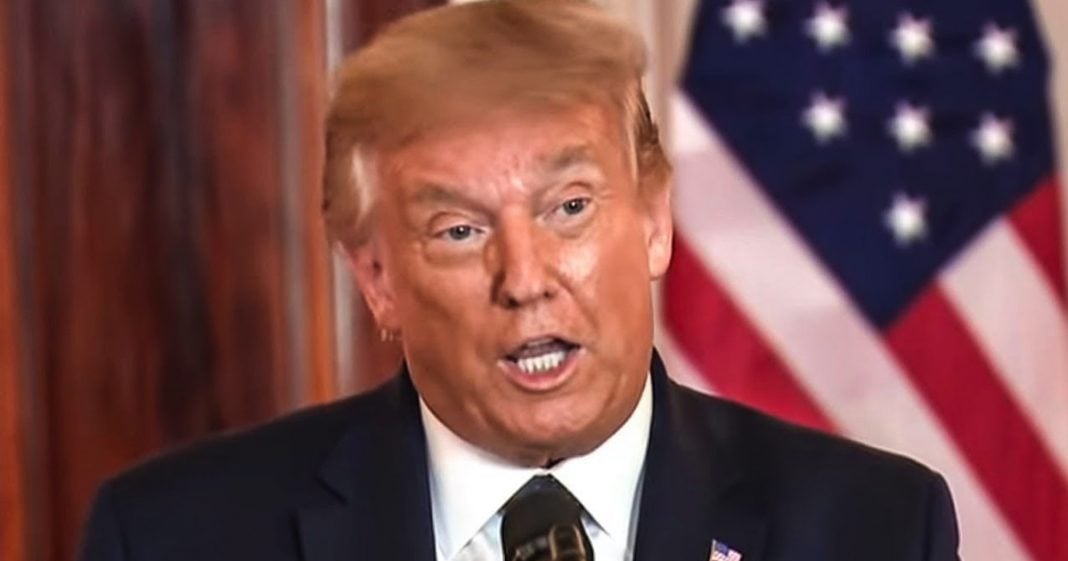 Now that they know he won’t be able to hurt them anymore, Republican lawmakers and allies of the President are finally standing up to him and saying that ALL of the votes need to be counted. Donald Trump is about to find himself in a world of pain and loneliness, as the men and women who were kissing his behind for the past 4 years immediately turn on him, as they are doing right now. Ring of Fire’s Farron Cousins discusses this.

Well, it appears that with Donald Trump on the path to almost certain defeat right now, Republicans across the country, even those who’ve spent the last four years with their, uh, mouths planted, firmly on Donald Trump’s buttocks. It appears that they have finally found their spine and found their voice. And they’re speaking out against his dangerous misses information about counting votes. And I’m not talking about, you know, little ant hi people. That don’t mean anything like Chris Christie, who is by the way out there saying that counting votes is not fraud. I’m talking about real honest to goodness, hardcore people. I can’t stand conservatives who are finally saying the right thing and standing up to Donald Trump.

People like Marco Rubio, who directly contradicted Donald Trump’s claim that this is all a farce. A Rubio said taking days to count. Legally cast votes is not fraud, not being an all caps. You had Senate majority leader, Mitch McConnell, who echoed those sentiments. As I said, you also had Chris Christie. You said he had Ohio, Ohio, governor Mike DeWine, who says I am for Trump. But if it ends up being Biden, all of us are going to accept that. Uh, you had Maryland governor Larry Hogan, who says, uh, Trump’s declaration was outrageous and uncalled for and a terrible mistake. Republican Senator Mike Lee, uh, who urged calm. He says it’s best for everyone to step back from the spin and allow the vote counters to do their job.

Here’s what’s really happening for four years. These Republicans, including Chris Christie, who has been horrible with kissing Trump’s behind, uh, the, but they have felt Trump’s boot on their neck, right? You can’t speak out against him. We have repeatedly asked these people, speak out, say something, do something they’ve been asked by the media. Hey, the dude said something crazy and unconstitutional. What do you think? And they run away from the press. Sometimes quite literally run away from the press. They ran from the press earlier this week, after he, you know, made crazy statements about, you know, subverting the election, they wouldn’t talk to reporters, but now, now they can, I can’t seem to shut up and say, no, I don’t agree with him on this. And you know why? Because he’s no longer a threat to them. He won’t be around next time. Many of them are up for reelection.

People like Mitch McConnell, they just won their election. Marco Rubio is not going to have to kiss Trump’s, but again ever, they won. He lost, they are going to have power in three months. He will not, they’re not going to need his support. They’re not going to need his approval. What they are going to need though, is to reach back out to the average American voters who flipped to Biden this time. And in order to do that, they’re going to have to act like I never really was a fan of that guy. I’m going to tell you that. And you know, I was always a little iffy on it and people will forget. They’ll forget the past statements. Don’t forget that Marco Rubio was just at a rally with Trump, less than a week ago on stage, you know, lying about what Democrats are trying to gin up.

The Cuban vote in Florida. And it worked by the way it worked, but they’ll pretend none of that ever happened. And the idiotic public is going to buy it. But that’s what these Republicans are doing now, to be honest, it’s kind of nice to see it happen. It’s kind of nice for them to finally stand up for themselves and say, you know what, buddy, your wrong counting votes is. Okay. Counting votes is good, actually. And it’s what we’re supposed to do here in the United States. And if it means the Biden wins, then we’re going to happily accept that and bid you a fond farewell on January 20th.