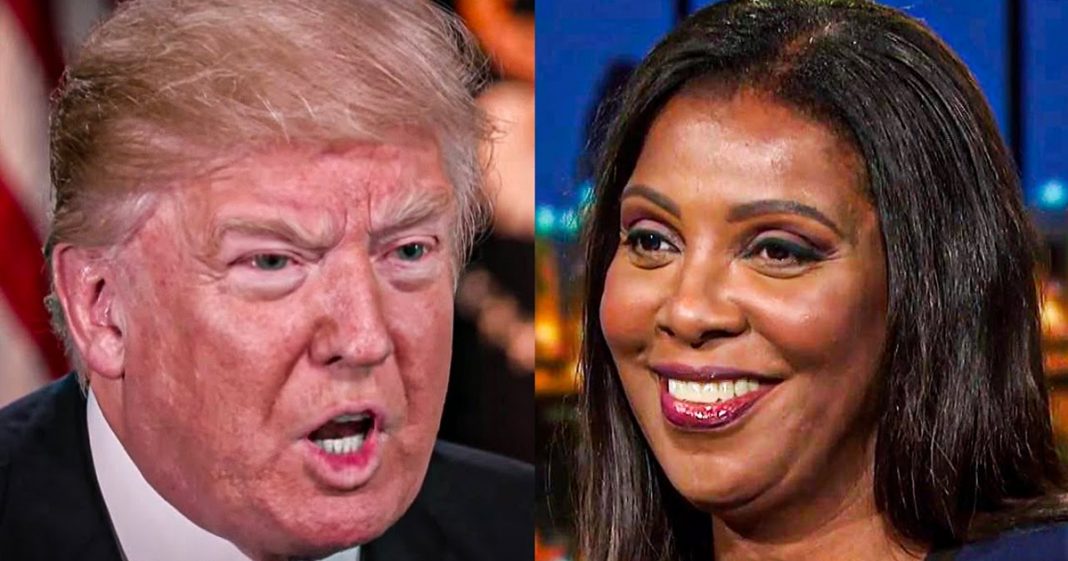 On MSNBC this past weekend, New York Attorney General Letitia James had some terrifying words for Donald Trump. She reminded him that once this election is over, and especially if he loses, she’s coming for him and there’s nothing he can do to stop it. Trump has managed to delay investigations from all sorts of entities because he is President, but if he loses today, those protections disappear. Ring of Fire’s Farron Cousins discusses this.

This past week in New York attorney general Letitia James appeared on MSNBC opposite Ali Velshi, uh Velshi to remind Donald Trump and the Trump administration and the Trump family, that it really doesn’t matter. What’s going to happen today on election day, win or lose. Good for you, bad for you, whatever. Uh, Letitia James is still coming after. Yeah, because you cannot continue to escape these investigations and you can’t continue to ignore the court orders to turn over your information to the investigators. Now, uh, Letitia James was far more, uh, diplomatic in the way she said it compared to how I just paraphrased it just in case anybody’s thinking she came out there with that kind of attitude. She didn’t, that’s not what she’s about. Kind of what I’m about, but I’m not an attorney general, so I don’t have to be quite as professional, but it is worth remembering that yeah.

Win or lose or whatever it is. It doesn’t matter, dude, you’ve got to turn over your documents. Some of the banks have already cooperated. They just need to know if what you have matches, what the banks have. Cause if it doesn’t, that’s actually a pretty big problem that can indicate some bank fraud could indicate some tax fraud, wire fraud, transfer, fraud, whatever it is, all kinds of fraud that they’re investigating up there in New York. And obviously if Trump were to win today, it’s going to make those investigations a little bit more difficult. But the fact that they were already starting the fact that they were trying to get their hands on this information, uh, that means sure they could just go a little bit slowly for four years. And when he leaves office, guess what? Boom, Hammer’s coming down. If he loses, you got two and a half more months of executive privilege, you’ve got two and a half more months of even being able to argue.

I don’t have time for this because I’m president and you’re, that’s literally what they’re arguing in court. Uh, and even then it’s still not working in court. The courts are not buying that legal argument because it’s ridiculous. And sometimes they’ve even pointed to the fact like the dude can tweet all day long, but he doesn’t have a few minutes to call his banker and say, Hey, send in these documents. That’s not how it works. Um, so anyway, if Trump loses his only legal defense that his team has been able to argue in court, and so far unsuccessfully goes away. He no longer has the department of justice to help fight these lawsuits. He no longer has any claim to executive immunity. It’s all gone. All of it. And the flood Gates are going to be opened and not just with what’s happening in New York, he is going to be facing massive lawsuits from the defamation of, the defamation from summer Zervos. I think there’s still a class action lawsuit out there against him and his kids, uh, over the pyramid scheme that they were, uh, pushing on the apprentice. There’s all kinds of things that are coming and there is nothing he will be able to do to delay it any further if he loses today.