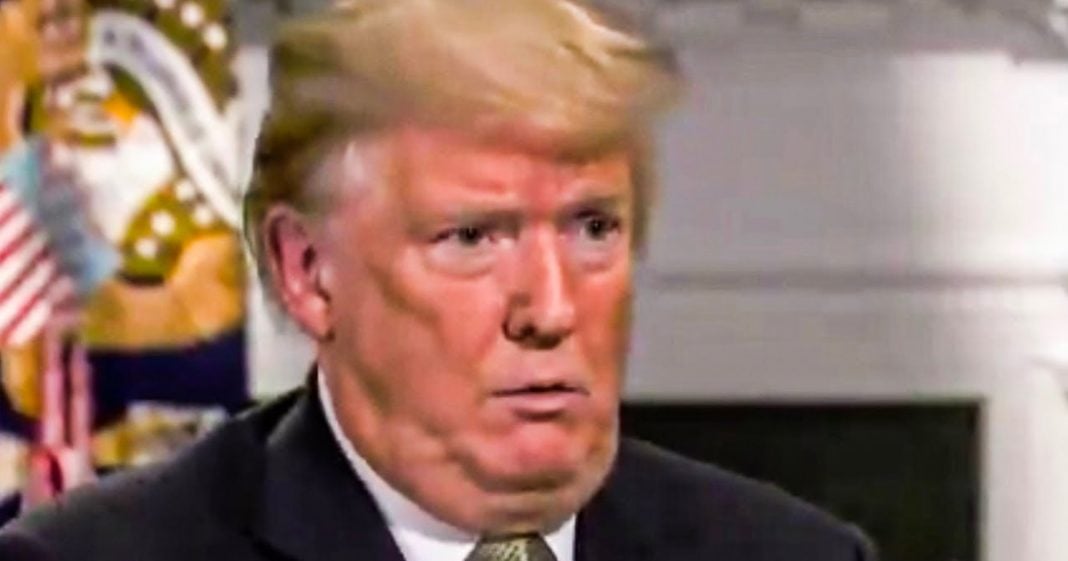 According to a report from Politico, Republican lawmakers are actively avoiding having to answer any questions from the media about Donald Trump’s claims of suing to stop the vote count as soon as the election is over. This has never been done before, as even the 2000 contested election was allowed to finish the initial count before the recount began. Republicans don’t know how to answer the questions, and that’s why they are hiding, as Ring of Fire’s Farron Cousins explains.

Donald Trump has promised. He said this out loud during a rally earlier this week, that once the voting stops, once 7:00 PM Eastern hits, he is going to start sending his team of lawyers out to polling places, to courthouses in local counties and tell them you have got to stop the counting right now. It’s after seven, no more votes can be counted, even though you can still technically vote after seven, as long as you were in line before seven. So on its face, this is a very stupid legal challenge that is designed to fail. It’s also designed to fail because the president idiotically announced what he was doing. You really can’t exactly do that. Uh, say that you’re going to Sue over something that hasn’t yet happened because it’s probably not going to happen. Cause that just shows that you’re doing it for political reasons and not for legal reasons.

So you’ve already lost your case. However, Republicans Republican lawmakers were public and big wigs have been silent about Donald Trump’s claim to Sue immediately to stop the counting media outlets have been trying to get ahold of them after all. I mean, this is a big, important thing. The president said, you know, he’s trying to circumvent, uh, and essentially curtail our democratic process here. The process of voting, he trying to end it. Obviously you would want some other people of his party to give their opinion on it, you know, do you agree? Do you not agree? What do you think? This is a big wild statement, but uh, weirdly enough media outlets are having trouble getting in touch with Republicans. Nobody wants to answer their questions about what the hell do you make of Trump’s statements. According to a report in Politico this morning, media outlets have reached out to Senator Ben sassy, who, uh, just never got back with anybody.

Uh, Josh Hawley, Senator Republican Senator, you know, up and comer in the party. Nobody get in touch with him. Senator Lindsey Graham, very tough reelection race. I mean, this could be the beginning of the end of his career here. Surely you’ve got something to say. You’re great friends with Nope, wouldn’t call back. And then they tried some other people, Rudy Giuliani, right? You’re as Borats as you’re Donald Trump’s best buddy. You know, you have defended some of the most egregious behavior of this man. You’re not afraid to go out there. You love talking to the media. Surely Rudy Giuliani is going to say something. No, Karl Rove. Now Carl, over the most evil person, the Republican party has ever produced. You gotta love this. Right? Well, believe it or not. Corvo actually did respond to media outlets saying he didn’t have time to respond to address that particular issue.

So it’s a, it was a response, right? Good on you, Carl. I guess the fact of the matter is, like I said, these legal challenges are designed to fail and he knows that that’s why he’s already been planting the seeds for the last few days. I know the Supreme, court’s not conservative. Oh, these people are against me. Always people are against me because he’s sowing the seeds within his 80 Arctic base for revolution. Not that revolution would happen, but some of them will get violent. It’ll get ugly, it’ll get gross. And they will forever the ones who don’t get violent view the winner, if it’s Joe Biden, as illegitimate thinking that the election was stolen from Trump, when it clearly was not. But Trump has spent so much time telling us that it will be stolen, that it will be illegitimate and that we can’t trust the courts, that he has drilled it into their brains. He’s not good at many things, but duping idiots is the one thing Donald Trump excels at. And that is exactly what he’s been doing for the last four or five years that he’s been in politics. And hopefully that runs out today.