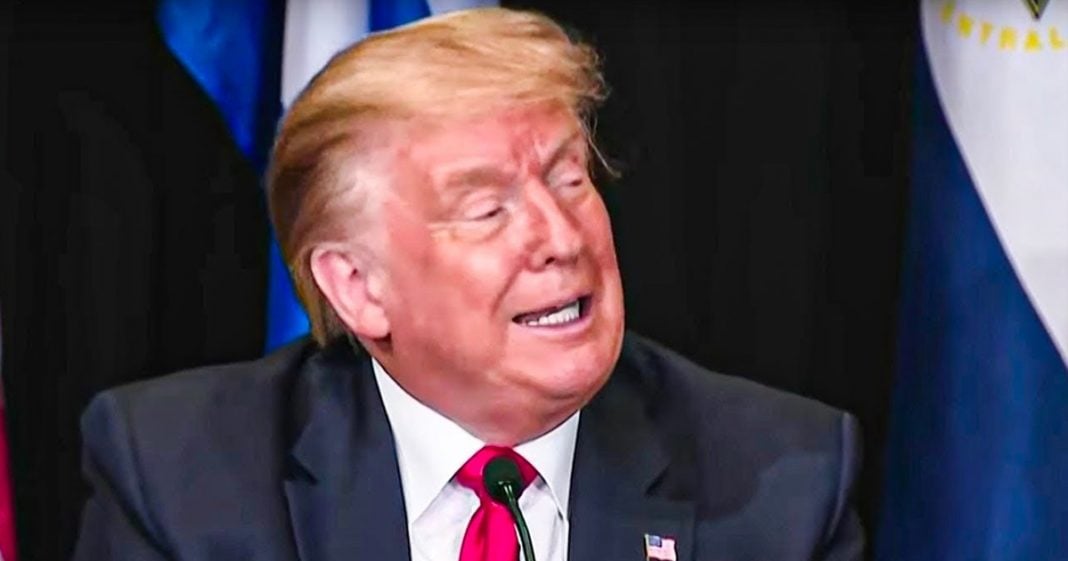 According to Donald Trump’s chief battleground strategist, Nick Trainerl, the President is poised to win eight different battleground states by a combined 3 million votes. This would mean that Trump would have to outperform the polls from those states, even though the odds are that he is going to underperform in many areas. Ring of Fire’s Farron Cousins explains what’s happening.

Um, I would love to see that the polls, that he’s basing this on because as we know up to the end of last week, even the Republican’s own internal polling showed Donald Trump getting crushed on election day. So either Nick trainer has not been given access to any of those polls and he doesn’t read the news at all, or he’s counting on a hell of a lot of Republican voter suppression to be able to pull out these kinds of victories in States where Donald Trump is losing in some of them by seven or eight points, you know, more than double the margin of error for the polls that show him losing. So that has to be it right. I mean, you can’t honestly look at the polling data. Look at the early voting data. Look at the mail-in voting data. It say that, Oh yeah, yeah. Donald Trump’s gonna win this state by million votes.

Okay. Well, um, he’s currently losing it by six points. So I mean, okay. Wishful thinking, right. But here’s the problem folks. When you have a campaign that puts out idiotic statements like this, we know they’re false. We know it’s ridiculous. We know they’re lying their base doesn’t and when you plant that seed in their head and you tell them that Trump is going to win this state by 500,000 votes by 400,000 votes by a million votes, and then the results come in and Oh, Joe Biden took it. Suddenly these people think of a hold up. No, no, no. That can’t be right. Trump was expected to win this by half a million votes. And Joe Biden wins it by 200,000. No, something’s wrong. This is a legitimate, that’s what they’re trying to do.

They’re trying to plant the seeds of illegitimacy. They’re trying to convince Trump’s base that when these legal challenges start flying later this evening, because we know it’s coming that it’s because Biden one, when Trump was projected to Trump, isn’t actually projected to win these States. It’s his campaign directors, his, you know, battleground strategists like Nick trainer out there putting these fake numbers into the ether to try to make that a talking point within a matter of hours now, so that they have a basis for filing these lawsuits later this evening, that’s what’s happening. Don’t fall for it. Hopefully the courts aren’t going to fall for it because that is not what is reflected in any of the available data.