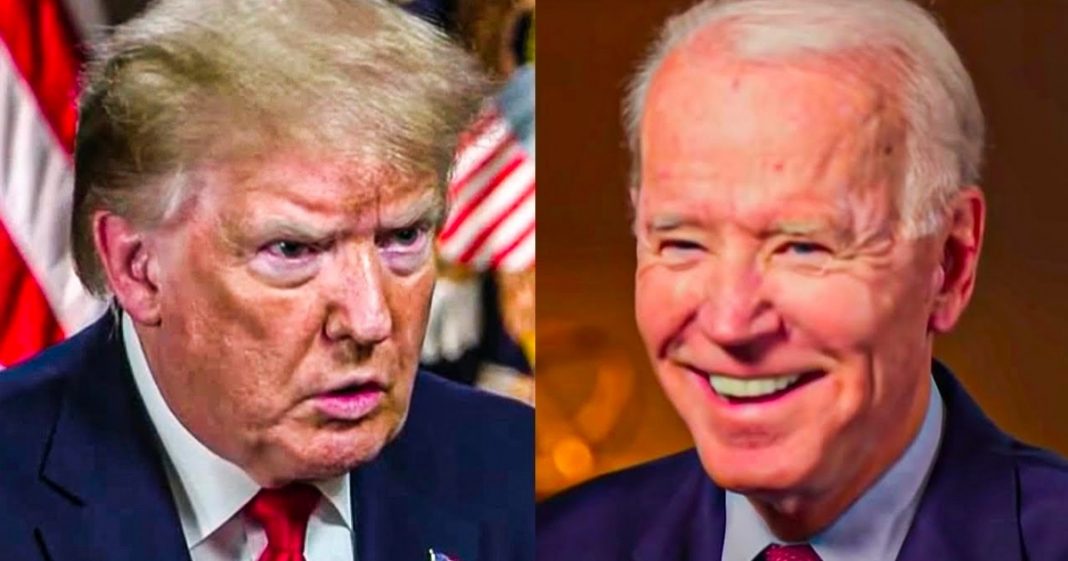 Election Day is upon us, and Joe Biden is in a position of envy at the moment. He holds a lead over Trump in 4 states that would easily hand him a victory today, including Florida, Pennsylvania, Wisconsin, and Arizona. But these polls don’t account for Republican dirty tricks, and those could make the difference today. Ring of Fire’s Farron Cousins discusses this.

Folks. Today’s the day, the day we’ve been waiting for for four years, you know, the shot at redemption here it’s election day and hopefully lasts time for the next few years. I actually have to talk about presidential polling, but one last time as the voting begins officially on election day, let’s talk about polling numbers right now. It is a complete crap show for Donald Trump. Uh, if you look at the polls, it would appear as if he has no path to victory whatsoever. Now that’s only if you base it on the polls. And obviously that is not, not, uh, what the final outcome is going to be. It is an indicator where things are likely to go, but in no way tells us for sure what is going to happen. Uh, so keep that in mind as I talk about this again, this is not to say that Joe Biden has it in the bag or that Donald Trump has done.

Absolutely not. Uh, Trump is very likely to win this thing even with, uh, his trailing and literally every single poll, but here’s a bit of good news. Uh, as we go into this day, awaiting the results. First and foremost, Joe Biden has a lead in four of the biggest battles around States, Arizona, uh, Pennsylvania, Wisconsin, and Florida. Uh, he has, uh, only a three point lead in Florida, which is within the 3.2 margin of error. So statistically, that one is basically a tie. Now here’s the thing about Florida. Uh, Trump can’t win the election without Florida, Joe Biden can. So even if Florida goes red, Joe Biden’s, so has a clear path to victory, assuming he does pick up those other States. I mentioned, plus several others, uh, of which he is also pulling ahead at the moment. Uh, if he loses Florida, he has to get Pennsylvania.

Um, Trump, it looks like he’s going to end up with Ohio. Uh, North Carolina is still a bit of a toss up. Joe Biden would need that in his column in order to pull out a victory. If he doesn’t get Florida. But if Biden gets Florida, go ahead and go to bed early tonight, it’s over done. Um, and I, it seemed to be one of the few people on the left that actually thinks that possible. Um, also one of the few people that’s actually here in Florida, uh, but that actually doesn’t matter. I’m in a very red part of Florida. So what I see anecdotally, uh, would indicate a Trump victory, but what I’m looking at the polls in Florida, what we see here is that, yeah, there’s, there’s been a lot of Republican out in the early voting. Donald Trump has also seen his numbers flip with elderly voters, most of whom registered Republicans and they’ve turned out to vote, but they don’t Trump anymore.

So when we look at just Democrats voting versus Republicans, voting shirt would look like a lot of Republicans voted, uh, which is why Miami Dade is looking a little red. Cause people are freaking out like, Oh my God, more Republicans than Democrats voted. Yeah. But those are Republicans who don’t necessarily like Donald Trump. So we have to keep that in mind too. Now that’s just the polling. That’s what we know. And besides Democrats in Florida do have a polling advantage, still have well over a hundred thousand votes, more than enough to flip the election. So we’ll see what happens. We got to wait and see today’s going to be a lot of wait and see here’s the problem. Uh, as I said, Joe, Biden’s got these leads. And if we went only by the polls, yeah. Joe Biden would win this thing, but it’s not just the polls. It’s the voter suppression. It’s the voter intimidation. You know, it’s the glitches that are going to start popping up all throughout the day. It’s the long voting lines that some people simply cannot sit and wait in. There’s going to be all manners and all forms of suppression across the country. And that is going to take a toll on voters and it is going to influence this election, the extent to which again, wait and see, but things look good right now for the anti-Trump crowd. And hopefully it stays that way throughout the day.