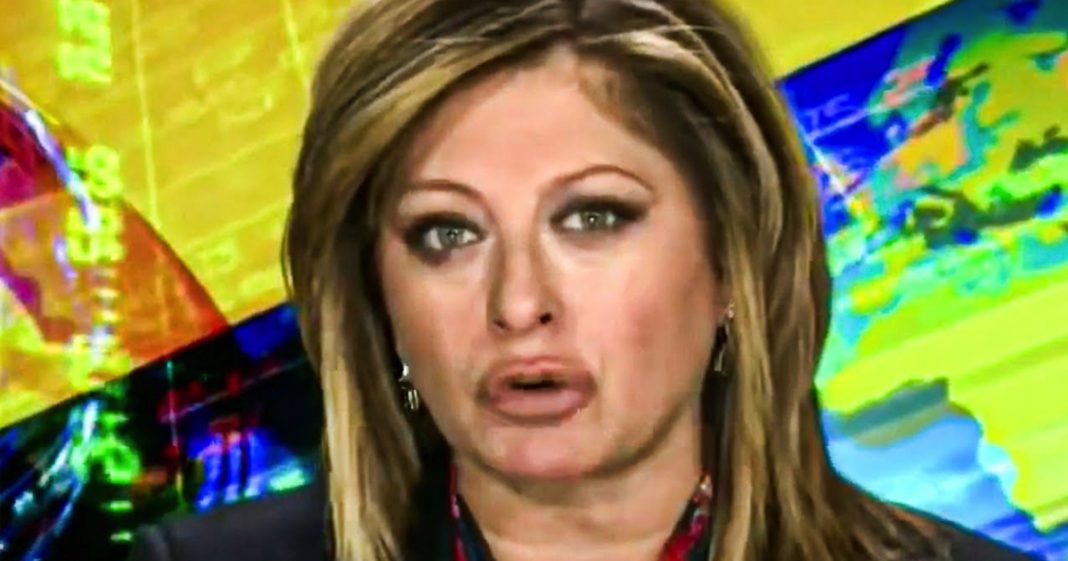 Fox News host Maria Bartiromo told Fox & Friends recently that the spike in COVID numbers in the United States was actually a GOOD thing for Donald Trump because Americans don’t want another lockdown. Nothing about that sentence makes any sense, but that’s become the norm at Fox News. The truth is that Americans are actually in favor of shutdowns if it means we can eventually return to normal, as Ring of Fire’s Farron Cousins explains.

On Sunday, Fox news host Maria Bartiromo decided to appear on Fox and friends in the morning where she told Brian Kilmeade that this spike in COVID numbers that we’re seeing is absolutely a good thing for Donald Trump and her logic behind that will absolutely blow your mind. Here’s the clip.

Maria Bartiromo: It’s such an important point, Brian. I agree. You look at Europe right now. Paris is on lockdown. All of France on lockdown. You’ve got Germany on lockdown for another month. Here’s the deal, voters in America do not want to see the economy locked down. When you look at the groups that are high income groups, they don’t want any more lockdowns. They think it’s pretty obvious to many people that we need to adapt to this new normal for a little while, until a vaccine is widely distributed. And I think that’s also helping president Trump because he says, look, yes, we’ve got a spike in cases, but we’re living with it. We’re getting vaccines. You haven’t seen a Roundup of the pharmaceutical sector in such a quick turnaround ever in terms of this warp speed. So you are going to see a vaccine on the market at some point. But you’re right, this is the worry and voters, you know, think that Joe Biden has a plan. The president is actually moving forward, adapting to this new normal. I think it’s resonating.

Yeah, yeah, yeah. It’s totally, totally a good thing for Donald Trump that everybody’s getting sick because no, nobody wants to have a lockdown again. So being sick is good because we don’t want to lock down and you can’t have a lock down. If every buddy sick and locked down, I told you her rationale for it’s going to blow your mind. And, uh, I, I don’t think that was an understatement. It made no sense like to her reasoning there, her line of thinking that train of thought derailed and there were no survivors. I don’t know. I don’t know. I honest to God can’t figure out what exactly she’s trying to say here. Like, it’s good that the numbers are up because people don’t want to be locked down. Keep of what does that have to do with, there would be the numbers going down. They’ll be go numbers.

Going down would be a good thing. If the numbers were going down and we’re not locked down, then that would be good for the people who don’t want to lock down. And that would be good for the president. We’d be back on track. No. Oh Maria, what, what are you doing? What are you saying? Give us some kind of hint. Okay. Please get on Twitter. Write an article if you can. I don’t know, but do something to try to explain your thought process a little bit better, because it makes no sense to us, but perhaps to somebody who doesn’t think rationally, who only gets little bits and pieces of Fox news fed into their ears. Sure. I’m sure that made total sense that you’re sitting here watching this. They could, are you not get it? I know exactly what she’s saying. No, you don’t. Nobody does.

But while those idiots were protesting, do you know what the poll numbers were showing us? 75% at a low point 75% of Americans wanted the lockdowns. They wanted the shutdowns. People were actually supporting it, you know, as, as recently as August. Okay. This isn’t like, Oh, back in March. No, no, no, no. This was a month and a half ago people were saying, yeah, guys, we, we need to shut down. We need to stay shut down. Why we don’t need to reopen. We don’t want to send our kids to school because it’s not safe because they don’t have the resources they need. Nobody wanted to reopen yet. What we wanted was to stay safely, shut down with a government that was going to protect us.

You have some European countries that committed and, uh, Canada’s well, the committed to sending thousands of dollars to every citizen at each month throughout the entirety of the pandemic. So that way staying at home, working from home, or even if you had to lose your job because your business had to temporarily shut down, you would be taken care of. You would have a few thousand dollars a month to get you by so that it wouldn’t be that bad. And that way, when the pandemic passed, everybody could reopen you get your job back, but you didn’t go destitute. You didn’t die in the process. That’s what we wanted here in the United States. That’s what we could have had. But instead we sent billions of dollars back to an airline industry that gets bailed out every decade and a half-ish because they they’re, they’re run by the biggest morons on the planet.

And always have been. We bail out the oil industry. We bail out industry after industry, after industry that pulls in billions of dollars a year. Americans got a one-time check at 1200 bucks all the way back in April. And even that was screwy because they couldn’t figure out how to get the system to work. At first, we were failed by our government. And now these idiots on Fox news. Want to tell us that? No, no, no, no, no. You never wanted to be shut down in the first place. We’re doing this for you. We’re spreading the virus for you bull. You could have given us stimulus. We could have all stayed home. We could have locked. Our doors ordered groceries, had them dropped off at our doorstep, waited this thing out and we could have been the envy of the world. But instead as usual under Trump, we’re the laughing stock.