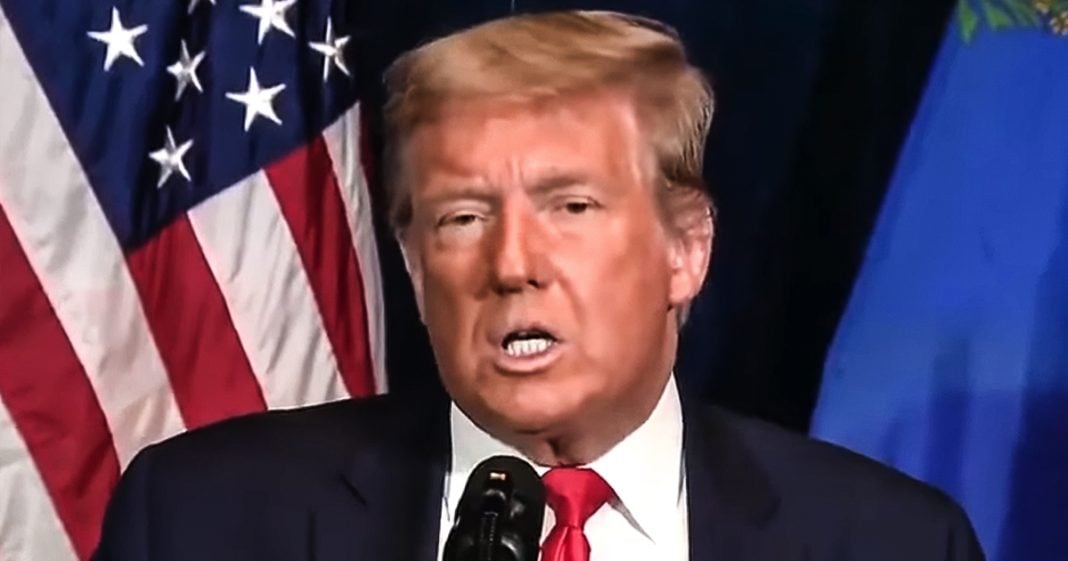 According to a report by Politico, Donald Trump’s friends and advisors are growing angry over the fact that he keeps blowing all of the chances that he’s being given to win this election. They cite the recent “good” economic news out this week, but even when you dive into that there isn’t much to celebrate. The truth is that these people don’t want to take the blame for the last 4 years of chaos, so they are trying to blame Trump in the final days. Ring of Fire’s Farron Cousins discusses this.

Well folks, we’re just days out from the presidential election. And according to a new report out from Politico this past week, Donald Trump’s closest friends advisors. Those people in the white house are furious with the president because as they put it, the guy keeps blowing every opportunity that he has had to turn his failing campaign around. One of the things they specifically talk about was the fact that we just had a quarter with a 33% growth in GDP. And that was pretty remarkable, right? Oh my God. 33%. That is, that is earth shattering, except for the fact that you know, it really wasn’t that great. And I’ll get to that in a moment. I’ll explain why that number is not as good as it seems, but here’s the thing. They’re mad that Trump’s out there pushing it. And then of course, Friday morning, he pushes that and he says, Oh my God, it’ll be the best year ever if you really liked me, but you have to read like me.

Um, they’re mad. He’s not pushing him more. They’re mad. He’s not out there touting the great economy that is by the way, currently in a recession still. Um, but yeah, they, why aren’t you talking about the good things? There’s not a ton of good things, but why aren’t you talking about the good things you’re blowing it by not talking about the good things according to this Politico report? Well, here’s the thing. And I think those closest to them need to understand that there are no good things. The economy is not as good as you think it is. First of all, as I mentioned, we’re in a recession, that’s the thing we’re in it. That 33% growth. Well as, uh, uh, Andrew Yang pointed out, we had fallen by 33% and we grew by 33%. But if you fall by 33%, but then put back 33%, your still because of math down 11% from where you actually were, because you take 33% from a number, and then you take that same number and add 33% to it.

You’re adding 33% to a smaller number, which means it’s not going to be back up to what it was. That’s how that works. So we’re still down 11%. We have not gained everything back. Secondly, the only reason we grew 33% was because the economic collapse was only temporary during COVID. Most of the jobs that were lost were going to always come back, right? So that immediate, you know, turnaround was expected and it had nothing to do with Trump. But now that we’re seeing a resurgence, because we just reopened everything and said to hell with it. Now we are going to see some problems. We are going to see some of these jobs disappear for good, because we’re going to have to go back into another shutdown. And because the federal government didn’t do anything to help people. That’s the biggest issue. That’s the biggest problem. We’re also going to have the eviction crisis that’s right on the horizon for some folks that’s actually already happening. So there is no good thing to talk about. So why are these staffers? These AIDS to Trump saying, Oh, he’s blowing it by not talking about the good things they’re saying that because they want to be able to say, Hey, I had nothing to do with this. Right.

He blew the campaign. It wasn’t all the people who were yessing him over the years. No, no, no. It wasn’t us Goofball. It was him. He did it all. We weren’t, we weren’t even a part of it. I’m sure. I don’t even know Trump. Who are you talking about? They’re pulling a Donald Trump on Donald Trump is what they’re doing. They’re shifting all the blame away from themselves and putting it on him. And yes, he deserves the biggest share of it. But at the same time, so does literally every single person from his orbit that has encouraged him and said, Oh no, yes, sir. You’re doing the right thing. Don’t worry about it. Yes, sir. Haha. Yeah, you’re all a part of this and history is going to blame you all.