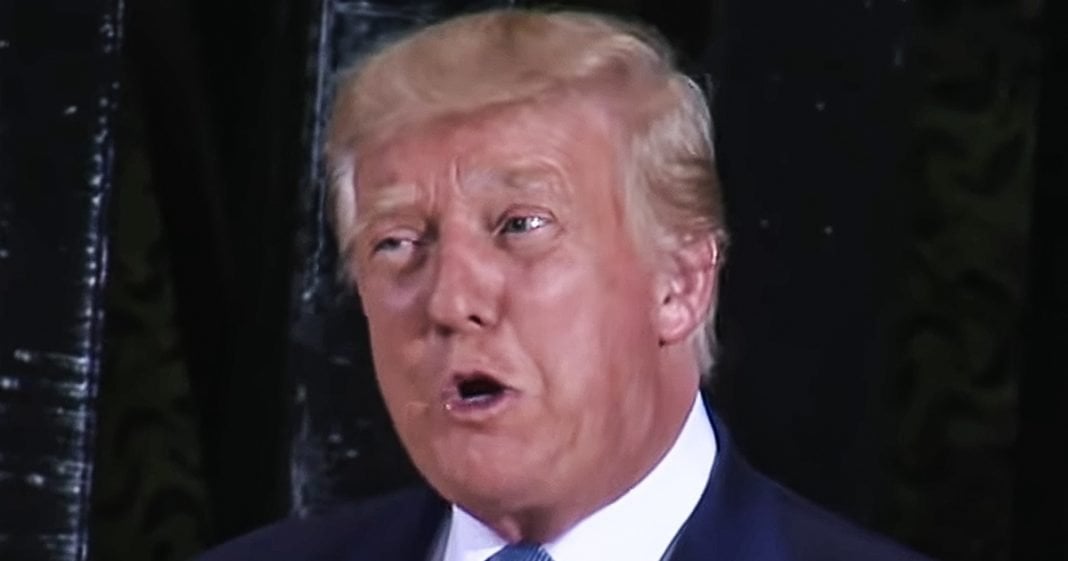 According to new reports, Donald Trump’s idiotic border wall is already costing BILLIONS of dollars more than what the initial contractor estimates had showed. This project needs to be stopped immediately and the money needs to be redirected towards projects that could actually help American citizens. Ring of Fire’s Farron Cousins explains what’s happening.

Donald Trump’s border wall is still in the process of being constructed along our Southern border. They are still handing out contracts like they were candy on Halloween and it is, is now costing us billions of dollars more than what those contractors getting those contracts had originally bid for the jobs here’s what’s happening according to a brand new report from ProPublica out this week. Apparently a lot of these contracts after they have been awarded, in fact, they found more than 200 that had gone through something similar. The contract gets awarded and then sometimes just a week or two after the contract is, is rewarded. They start adding amendments to it. They start putting these little ad-ons like, Oh, we also need money for this, for this, for this, for this, you know, we’re going to need some extra money here. And the federal government has been more than willing to say, okay, whatever you need.

And this has cost us billions of extra dollars on top of the billions that Trump has already been given for the border. So not only is this project stupid and absolutely solves no problems and cost us billions, it’s now costing us even more or billions. And there’s, there’s no real way to stop it at the moment. Now, election on Tuesday absolutely could cause this project to be stopped. Once Joe Biden wins. If Joe Biden wins, if Trump wins, we’re stuck with this multi-billion dollar wall, that’s only getting more expensive by the month. Even if new contracts aren’t rewarded, it’s still getting more expensive because they’re just adding stuff on to all of these other contracts. And they’re not putting out press releases on it. According to the reports, because then the public wouldn’t know that this was happening and they don’t want the public to know that this is happening.

Folks, Joe Biden has made it clear that if he wins the election, he is going to halt construction on the border wall. And this project is going away. What happens at that point as ProPublica explained, is that the contracts that have been rewarded would be canceled, they would probably get a small fee and they would obviously be paid for any work that has been done. Uh, they may also apparently receive additional contracts to deconstruct the parts of the border wall that had been erected, uh, which I think that would be a great idea. Donald, Trump’s got his stupid little name plaque on one of them, take it down. Like definitely take that part down because here’s the thing. If you don’t, you’re just setting it up to become a disgusting, a wall wall of graffiti and not like cool, good kind of graffiti that’s art.

We’re talking about people coming up and just know tagging it, breaking it, doing that kind of thing, you know, full on actual vandalism and it’s going to be an eyesore. So how about we just deconstructed if Joe Biden wins, not just halt the contract, but take it all down because partially built section of a wall standing here, isn’t going to stop people from coming around this way or that way it’s pointless call itself. It’s already been proven is not going to stop people from coming over. It is a poorly constructed wall. That’s already eroding in many places, even though it’s been up for less than a year, this is a waste of our tax dollars that fixes a problem that didn’t even exist to the degree that this administration claimed it did. You’re spending billions of dollars to pander to your base is what you’re doing. And nowhere is it worth it.