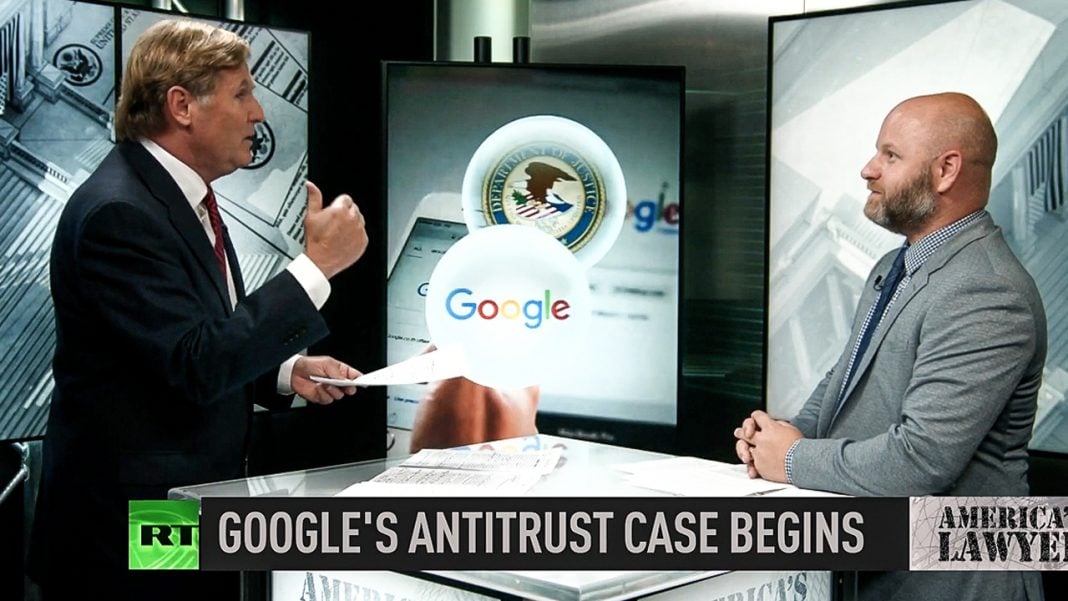 Mike Papantonio:             The department of justice filed a major antitrust lawsuit against Google last week, but the tech giants hoping that the election could make that lawsuit go away. Farron, this thing with Silicon Valley, let’s talk about it. We think it looks, it looks like we have the chance to actually take these folks and, and stop the monopoly that’s taken place with Google and Amazon and actually accomplish something. But now they’re pumping so much cash into the Democrats. The Democrats who are, who are up front, Nadler, one of the, you know, Nadler, Nadler has been a real, he’s been pushing this constantly that we have to do something about it. All that cash is changing things, isn’t it?

Farron Cousins:                  And Silicone Valley knows that. They’re not, I mean, these are very bright people and they understand how the game is played. I mean, they saw how Microsoft, you know, kind of got their little sweetheart antitrust deal back in 2000, 2001 ish, right at the last days of the Clinton administration. And so what they’re doing is they see a sea change coming most likely next week. So last couple of weeks, they have really pumped up the donations to the Democrats because they’re hoping that if Biden comes into office, obviously we get a new attorney general, you know, a whole new DOJ, to be honest. And they’re hoping that this antitrust lawsuit filed last week by the DOJ, maybe it goes by the wayside. Maybe they get, you know, a little bit a slap on the wrist. Maybe they can’t do one or two things, but they’re still allowed to do 20 bad things. That’s what they want out of this and they’re paying off the right Democrats to make sure that that happens.

Mike Papantonio:             Did I read this Truthout article right? In the Truthout article, it’s a great article, by the way, it really nails it and says there’s nothing going to happen because the Democrats are going to back down on doing anything about antitrust. But in this article, it talks about a meeting that Biden had with wall street and the Silicon Valley types and he says, corporate America is not going to be affected by my presidency at all. It’s going to be business as usual, basically is what he said.

Mike Papantonio:             Isn’t that the heart of the story though? The story is bigger than, look, everybody believes that Biden, when he wins that everything’s going to change. There’s going to be a democratic sweep. It’s going to be just like everything, everything’s beautiful now. It’s not beautiful. We still have the same corporate problem that we had the Dems during the Obama administration for those first two years. They didn’t do anything to, to reign in corporate America. Wall street, they did nothing. You remember the promises.

Mike Papantonio:             They ran on the idea that, hey, when we win, the folks who caused the burn down are going to go to prison. What happened? Nothing. And now we, we, the same thing’s happening here. You know, we expect that, that with a new presidency, it’s going to be a new day. We’re going to gain control over corporate America and, and consumers are going to be in good shape. Give me a quick take on that.

Farron Cousins:                  When Eric Holder and Obama, you know, Eric Holder gets approved as, as attorney general. And he and Obama basically together announced as a country we want to look forward and not backwards.

Farron Cousins:                  None of the polluters, nobody got prosecuted because they wanted to look ahead. Biden will be the same.

Mike Papantonio:             You want to hear a real irony. The last president who actually did anything as far as putting these corporate thugs in prison was Ronald Reagan.