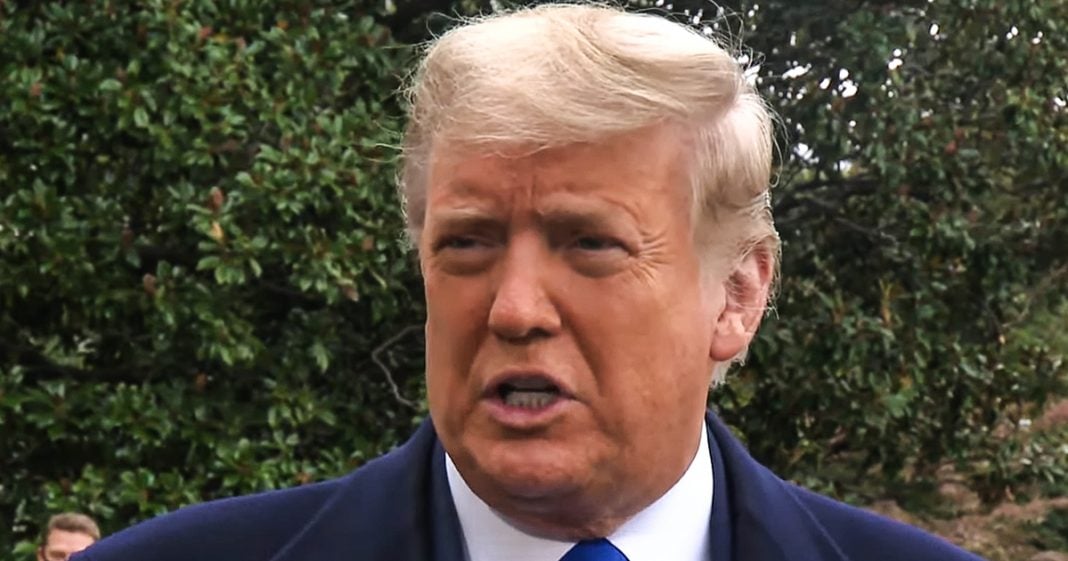 This week, a federal judge ruled that the Department of Justice CANNOT step in and act as the defendant in a defamation case by columnist E. Jean Carroll. Carroll has accused the president of sexually assaulting her, and the resulting defamation case stems from Trump’s attacks on Carroll following the accusations. The DOJ has been trying to intervene in the case on Trump’s behalf, but that could all end with this ruling (and next week’s election.) Ring of Fire’s Farron Cousins discusses this.

Donald Trump was dealt a massive blow this week. And not just because of the spike in COVID numbers or the people at his rally who got hypothermia because he just abandoned them there with no way to get out. Uh, and certainly, you know, not just because the poll numbers for him are horrible. No, he was dealt another blow this one in court when federal judge Lewis Kaplan told the justice department that you cannot take Donald Trump’s place as the defendant in his defamation case, that was filed against him by columnists Jean Carol, the justice, this department had tried to insert themselves into this case by saying that when Trump allegedly defamed Carroll, he was doing so as president of the United States. So basically he was, he was defaming her as the government itself and therefore the DOJ could replace him with themselves as the defendant. In this case, you know, he could be free to go do whatever the DOJ would step in.

Hey yeah, we defamed her. What are you going to do? Where the DOJ, uh, and the federal judge said, no, this is ridiculous. You’re not going to do that. This is a personal matter that Trump did as a human being. And he is going to face the case now, for those who aren’t familiar with it, this is a highly consequential case for the president, this case, uh, we’ve told the story plenty of times, just kind of rehash it real quick. E Gene Carroll, uh, claims that back in the 1990s in a department store, Donald Trump approached her, uh, sexually assaulted. Her, raped her, uh, in a dressing room, left a semen stain on her clothing, her outfit, which she still has. And she was able to, uh, get the DNA off that. So they’ve done a DNA analysis of that sample. And as part of the defamation suit, where after she came forward with these allegations that were corroborated by people, she told back then Donald Trump said she is a liar. She claims this cost her her job. So she filed the defamation suit. And as part of the defamation suit, they are seeking a DNA sample of Donald Trump to see if it matches what we’re selling our outfit, because if it does match, it would prove that Donald Trump was the rape rapist. And therefore he did defame her by calling her a liar.

So even though probably I wouldn’t because the statute of limitations expiring years ago, be able to charge him with the rape. This case could prove that he did do that, or it could exonerate him either way if I were him and I knew I didn’t do it, I would say, cool, give me the Q-tip, I’ll give you the cheek swab. We can be done with this because if it proves he didn’t do it, then there was no doubt information. If it proves he did it, there was defamation. All we’re waiting for is that cheek swab and every ruling that’s come out on this case gets us a little bit closer to getting that SWAT, Bob and Carol will likely, never get justice for what happened to her in that department store. But she might eventually be able to get a little bit of closure if she’s able to show the world the monster that the president truly is.