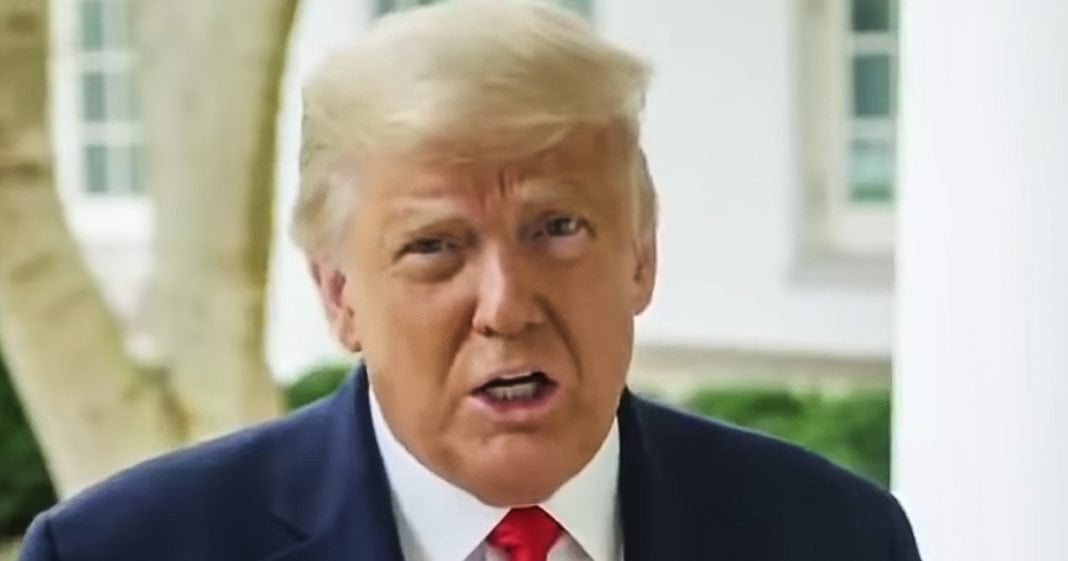 The Republican Party of Wisconsin was hacked recently, and it is being reported that $2.3 million was stolen from the account that was being spent on reelecting Donald Trump. This is why we need election security protections in this country – the ones that Mitch McConnell has been blocking for years. Crimes like this will only become more sophisticated and frequent, as Ring of Fire’s Farron Cousins explains.

It has been revealed that the Wisconsin Republican party has had $2.3 million stolen from them by hackers, uh, in the final two weeks of the presidential election, there’s $2.3 million that was stolen by these hackers, uh, was part of their account that was being used to help aid Donald Trump. So it was, uh, I guess by definition, you know, Trump campaign, reelection money, just being managed by the Wisconsin Republican party for get out the vote efforts and pro-Trump things there in Wisconsin. Now, the hack, uh, worked as follows. They were able to get into the system. Apparently this was a phishing attack. They had gotten the credentials by the Republicans to get into the system they got into the system, started editing it. And then When those invoices were paid, they were paid to the hacking group instead of the people to whom the money was owed. Uh, that’s what we understand so far.

And look, this is not a good thing. Uh, I’m obviously not going to sit here and gloat or mock the fact that they had $2.3 million stolen from them. That, that that’s not a good thing. That’s not something we should celebrate what this does. However, highlight is the fact that we need better security for campaigns and elections here in this country. And I understand that the Republican party as an entity is basically a private business just as the democratic party is and the green party and all of that. But at the same time, they’re also vulnerable. They have very valuable information. They have information about each one of us that could easily be stolen. Our credit card numbers. If you’ve ever donated money through act blue, or when red, they have that information of you, your address, your name, All of it. And there’s one person, And that has prevented any action to keep all of this information secure. And that person is Senate majority leader, Mitch McConnell.

There have been multiple bi-partisan Pieces of legislation that have come down the pipeline over the past four years to secure our elections from threats, the threat of hacking the threat of phishing scams and Mitch McConnell has single-handedly Blocked them. Won’t let them come to a vote in the Senate, not going to happen, Elections that are going to remain in secure. And so, you know, what’s going to happen as a result. We’re going to see more things like what just happened in Wisconsin. We are going to see hackers who by the way, are most likely in this country, this isn’t foreign governments interfering in us elections. This is the guy down the street. Is this The woman you went to high school with? These are people here in the United States who are more than capable of doing this. We don’t have to have a big new war started with a new country when it could just be your neighbor doing this kind of crap. That’s the real threat, not China, not Russia, not Iran, but just something

Buddy with rudimentary hacking skills here in the United States, able to get into these systems because you’re always going to have a couple numbskulls work in there that, Oh, Oh, I got an email saying they need my password. Oh, I better send it to them right away. Oh. And then boom, they’re in until you can Make sure that you’ve never hired an idiot and that nobody works that works for you. Is that, uh, ignorant, You’re going to be vulnerable. That’s why safeguards need to be put in place or the need to be put in place for all of the political parties and their apparatus. And yes, the government should pay for that. They need to be put in place for election systems in every single state. They need to be put in place every step of the way to make sure that our elections and our political process in general are not vulnerable to hackers. Cause if it happens And once I can promise you, it’s going to end up happening again. If we do not take any steps to prevent it.