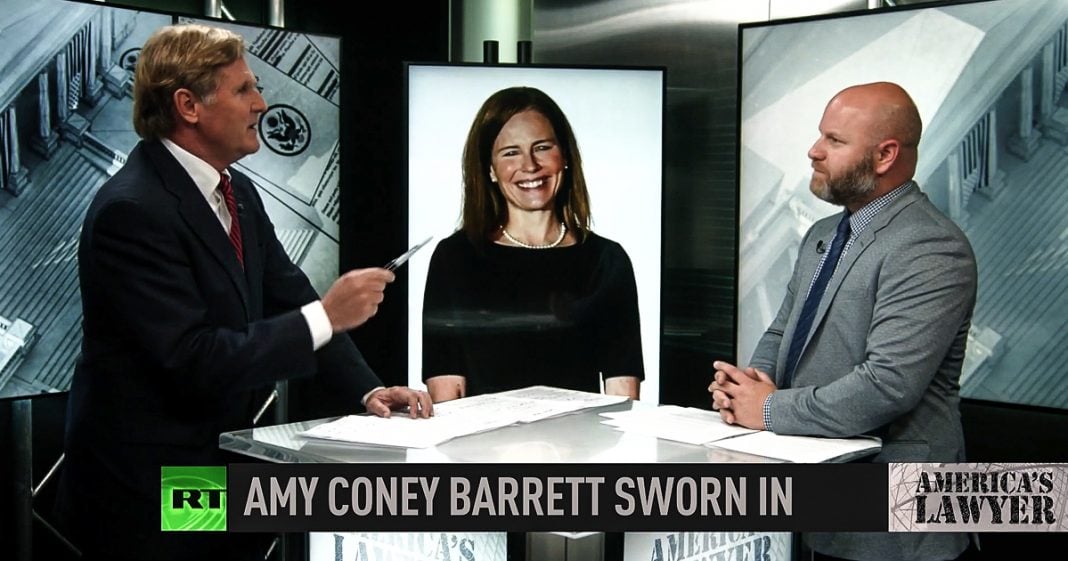 Via America’s Lawyer: The hotly-contested confirmation of Amy Coney Barrett to the Supreme Court is now a done deal as she’s just been sworn in. Mike Papantonio & Farron Cousins discuss more.

Mike Papantonio:             Yeah. I, I truly mean that Farron. Look, I, I love watching Hollywood celebs with their hair on fire. I am so frigging tired of Hollywood celebs trying to tell us what’s good and what’s bad. I mean, they live in their little gated community trying to tell America what’s good and what’s bad. I will agree with them, this woman kind of scares the bejesus out of me, but then I’m also very familiar with the history of Supreme Court judges. Do you remember Roberts?

Mike Papantonio:             Remember Hollywood celebs on Roberts? Oh my God, Whoopi Goldberg, the world is gonna end. That Joy Behar on that woman’s talk show in the morning, goes nuts and say, the world has ended. Are you as sick of that as I am? Or am I just overreacting?

Farron Cousins:                  Well yeah, and, you know, Monday evening after this happened, they all had the same response, vote. Okay. Well, the people we voted for, the people in the Senate, the people in the house that actually could have also worked their mechanisms to stop this, they did nothing. Don’t sit there and tell us the vote when the people, the Democrats we do have in office are sitting there idly by, you know, Feinstein, hugging the Republicans during the hearing.

Mike Papantonio:             That’s why they love this woman. They’ll, they’ll pay lip service to the abortion issue, about her being a Catholic. You know, but the truth is she is great for corporate America. They’re going to get everything they want from this woman. And that’s why the Democrats, when, when, when Nancy Pelosi said, you know, we got a lot of things in our, in our bag to be able to stop this woman. She didn’t mean that did she?