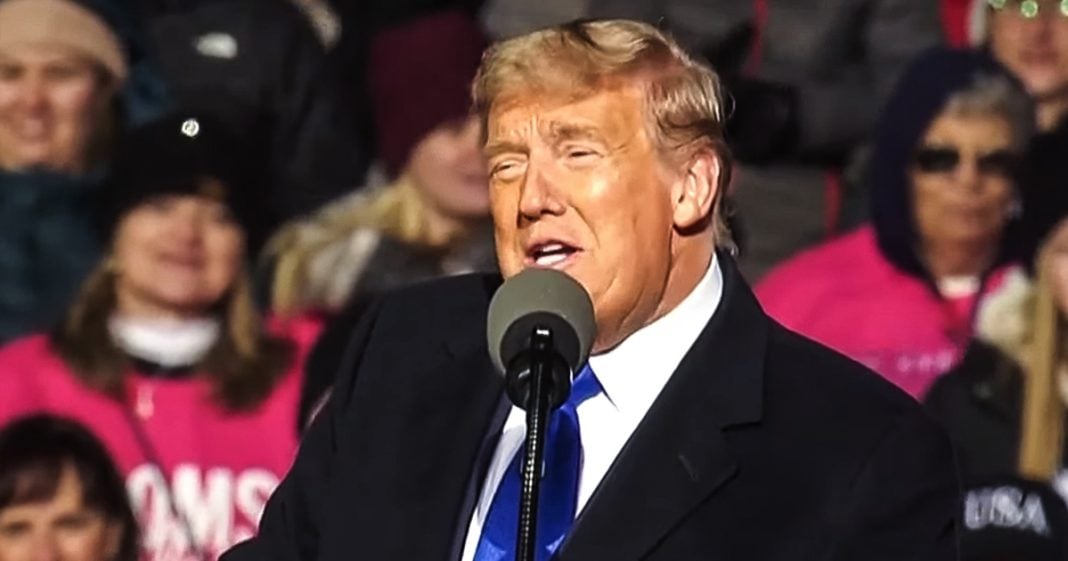 Donald Trump’s rallies have now become actual death traps after countless people who attended his rally in Omaha, Nebraska were left stranded in the freezing weather. Thirty people had to seek medical attention, several suffering from hypothermia. And this doesn’t even take into consideration the fact that his rallies have been proven to be Super Spreader events for COVID-19. Ring of Fire’s Farron Cousins discusses this.

So by now, I’m sure we’ve all heard the story about Donald Trump’s, uh, ill faded rally in, uh, Omaha, Nebraska this week where thousands of the people who attended the rally ended up trapped in the freezing temperatures. 30 of them had to seek medical attention. Several of them ended up being treated for hypothermia. Now this is the big rally where Trump comes flying in on the helicopter. Everybody’s out there in the airport, freezing cold. He talks so long night falls, temperature drops, and the buses that had brought the people there because the parking lot was full. So they had to park three miles down. The road roads were closed. So the buses couldn’t get through. So the people had to March three miles back in the sub freezing weather. And a lot of the people, especially the elderly people, uh, ended up with very serious.

This ailments due to that fact, Trump’s rallies have officially become death traps. That’s what they are. And I know everybody likes to talk about how that was such a great metaphor for what Trump is. You know, uh, he lures you into this area then leaves you out in the cold. Sure. It’s a great metaphor. I love it. The universe is right in the forest now. Um, they’re death traps because if the hype thermia doesn’t get ya, then the COVID probably will because let’s not forget that folks. There were thousands of people there. Most of them not wearing masks, a lot of them huddling together to stay warm. Like these people literally in the 21st century had to decide, do we let the infectious disease get us? Or do we die from the hypothermia? Well, I guess we should huddle together for warmth and maybe we’ll get the virus.

Maybe we won’t. I mean, this is like something out of a Dickens novel you’d read about not something that would be happening in modern times, but that is the choice that Trump forced these people to make. It’s a death trap. It’s a death cult at this point because this isn’t the first rally like this. We have seen plenty of other super spreader events that have now been confirmed to be super spreader events, health officials in city, after city, where Trump has held these rallies over the last few weeks have had to come out and say, well, our numbers spiked and thanks to contact tracing. We’re able to determine that a lot of it came from the Trump rally that is happening. We have reported on that. So again, come for the, COVID stay for the hypothermia. That should be the, the slogan of the Trump rally because that’s what’s happening.