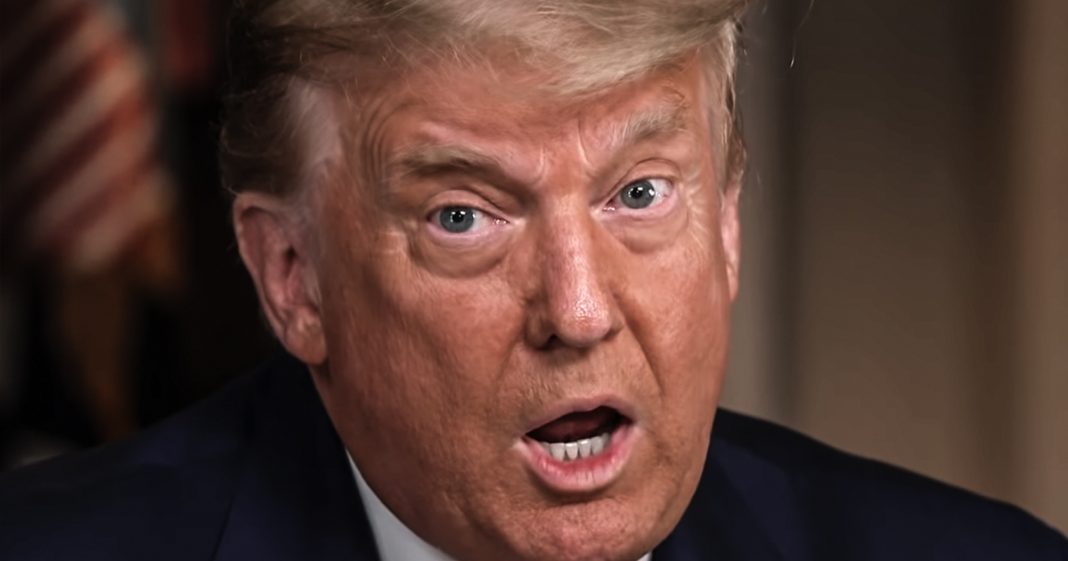 Donald Trump has spent the past two days screaming on Twitter about how great the United States is doing on COVID, even though the past 7 days have been the worst since the pandemic began. He’s feeling the weight of his failures as the election nears, and the public isn’t happy about the fact that he’s done absolutely nothing to protect us from this pandemic. Ring of Fire’s Farron Cousins explains what’s happening.

When he hasn’t been leaving his supporters out to suffer from hypothermia, uh, abandoned in the middle of nowhere. Uh, this week, Trump has also been telling us that we have officially rounded the curve, whatever that means with COVID-19. In fact, the white house science office actually declared the pandemic over. There’s this story that came out this morning, they declared they, the victory we won, we did it, we beat it. Trump has been saying for several days on his own, as I mentioned, that we’ve rounded the curve is the phrase that keeps using rounded the curve that you would say rounded the corner, but whatever, um, in COVID cases and we’re, we’re, we’re doing better than ever. We were getting over this, right. Well, there’s literally no data that backs it up. In fact, all of the available data, as I’m sure everyone is well aware of, uh, says the exact opposite. We are having the worst seven days that we have had throughout this entire pandemic, the worst seven days throughout the entire thing. And it’s only getting worse. And there’s a very clear and obvious reason why this is happening. This is happening because we do not have any kind of federal guidelines whatsoever. Hell yesterday, Putin Putin over in Russia, right? Everybody’s favorite, bad guy instituted a Countrywide mask mandate.

Even Putin is like, Hey, look, if you go out of your house, you have to have a mask on, or God knows what they’re going to do to you. I would be terrified to be caught over there without a mask. But even that’s what I’m saying. Like even these like horrible world leaders are like, Holy crap, this is horrible. Let’s do something. And then over here, Donald Trump is like, we won, Oh, well we’ve rounded the curve. We’re turning the, the border. We’re knocking the home touchdown. We’re not folks we’re, it’s worse than ever. And sure there is data that suggests that if you have to go to the hospital for it, you’d have a better chance of surviving today than you did, you know, three or four months ago. Great. But it still causes permanent damage. In many people. If you have a preexisting condition, asthma, diabetes, uh, hypertension, you are more likely to die from it.

This is not okay. And it’s not okay that we do not have any kind of federal guidelines to help us get through this. Um, I know down here in my state of Florida, which is seeing a big spike as well, we’ve, we’ve gone back to everything operating as normal everything’s reopened restaurants, reopened bars are reopened, no mask mandates at all. We never had a statewide. We had city-wides or maybe we had said, I don’t remember. Um, cause I’ve always worn a mask, but we’re acting like, Hey, it’s over. And our numbers are going up. We’re seeing that all over the country. People think that just because an idiotic right wing governor, or even a left wing governor saying, okay, you can go back to restaurants. Now. Most people think, Oh, good. That means it’s over. I just can’t wait to go get a bloomin’ onion.