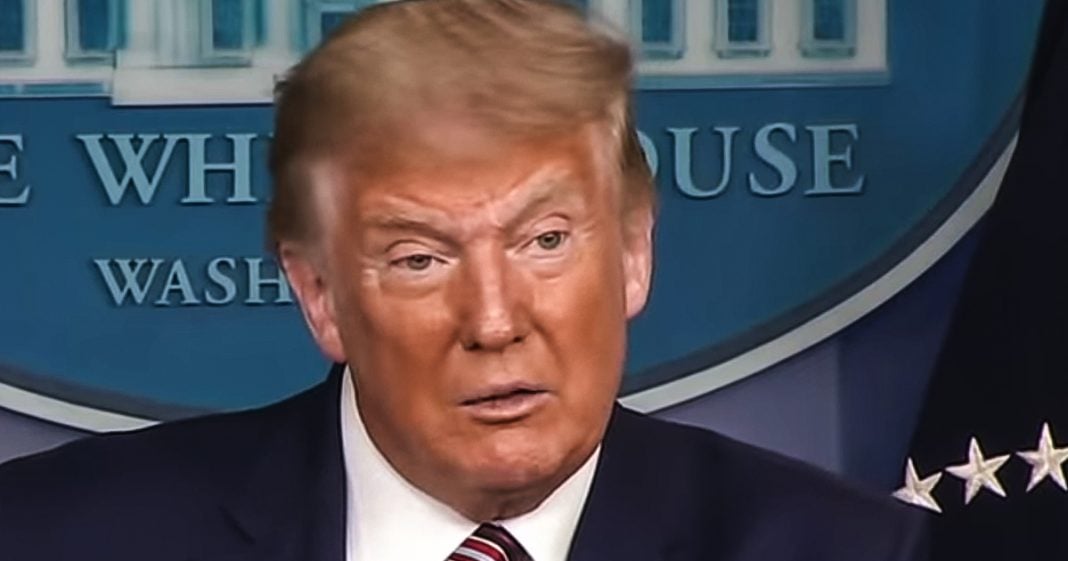 There are plenty of news stories about Republicans “catching up” with Democrats in early voting in Florida, but those numbers aren’t telling the full story. While Democrats still hold a large advantage in total number of voters, the numbers that keep getting overlooked are the number of registered Republicans who are not voting for Trump, AND the number of independent voters who have already voted. Ring of Fire’s Farron Cousins explains what’s really happening.

Um, we need to talk about Florida for a few moments here. And the reason we needed to talk about Florida is the fact that there’ve been a lot of headlines in the last couple of days, telling us that Republicans are closing the gap in Florida. Voting Republicans have an edge on Democrats. And to an extent, no, they really don’t. Actually, I can’t even justify the, to the extent part there. Um, here’s what’s happening right now in the state of Florida. As of yesterday, Democrats still hold about a 300,000 vote advantage over Republicans. Now that’s a pretty significant margin. A, uh, they have about a 5%, uh, margin in total number of votes cast over Republicans. So Democrats are still women winning. Yes, Republicans are showing up in greater numbers to vote early, but Democrats absolutely crushed it on the mail-in ballots. And so that’s why they hold the edge.

Um, so Democrats, again, they have the edge early voting numbers are absolutely through the roof down here in Florida and youth vote. And that’s a big one. That’s what’s getting overlooked in these polls of, Oh no. Or are the Democrats going to be able to pull it off or is Florida going to be a Republican state? The youth vote over a quarter million already, uh, is dwarfing what we saw in 2016. And that is a demographic that overwhelmingly goes for the Democrats. Now, here are the two numbers that I think are the most important, and these are not necessarily being reflected in any of these stories about Democrats have the advantage or Republicans have the advantage or whatever. These two numbers right here are going to tell us what’s going to happen on election day. First and foremost, remember I mentioned the Democrats early voting, Republican, early voting.

What about the independence? The people with no party affiliation, they make up 20% over 1 million of the early votes already cast people who say, I’m not a Democrat. I’m not a Republican 20%. That obviously is a massive percentage. And over a million votes, that’s more than twice the amount needed to swing any election from the state of Florida and over 20 years. So there you go. We don’t know how these people voted. We don’t know which way they’re leaning. We don’t know if these were some of the former felons who were able to pay off their poll taxes and get the right to vote back because many of them were able to do that. So which way are they going to go? They’re going to vote for the party that consistently tried to strip them of the right to vote. Are they going to go with the other folks who knows big mystery, right?

So what this means is that some of those registered Republicans were seeing, showing up at the poll for early votes because they’re not being asked, who did you vote for? It’s just what party affiliation is this person. That’s why it says Republicans have the advantage, not Trump. A lot of these people could B some of these elderly voters who are registered Republicans, but who now no longer support the president and support Joe Biden. So when they go and vote early, it would count as a Republican voting, but it’s not a vote for Republicans. That is something we have to keep in mind. Now having said all of this, I want to make it abundantly clear that Republican trickery, Republican shenanigans are, are at play. Uh, here in Florida, we have seen them for two years fight the expansion of voting rights for people who had served time in prison.

We’ve already seen this week, armed Trump’s supporters showing up at polling places, trying to intimidate voters. Florida is not a lock for either candidate. It is not definitely going to Joe Biden. It is not definitely going to Trump. It is still a toss up, up in the air. I’m just telling you these numbers so that people understand the headlines we’re seeing are not necessarily accurate, and they’re not accurate in a way that’s bad for Trump. Now that doesn’t mean for a sec. I second, that Biden has this. If anything, I would say Trump still has the advantage because we have of a Republican Supreme court. We have a Republican governor, we have a Republic and legislature. We have Republicans in places of power, all over the state of Florida that are going to do what they can to give this state’s electoral votes. Donald Trump. That is scary. But if there is a decisive victory on election day here in the state of Florida, if what I am predicting here is correct. The none of those other things matter, Joe Biden will get it. And there’ll be nothing that Trump can do to stop that. But if the margins are razor thin and there goes to a recount buckle up because that’s when things are going to get ugly.