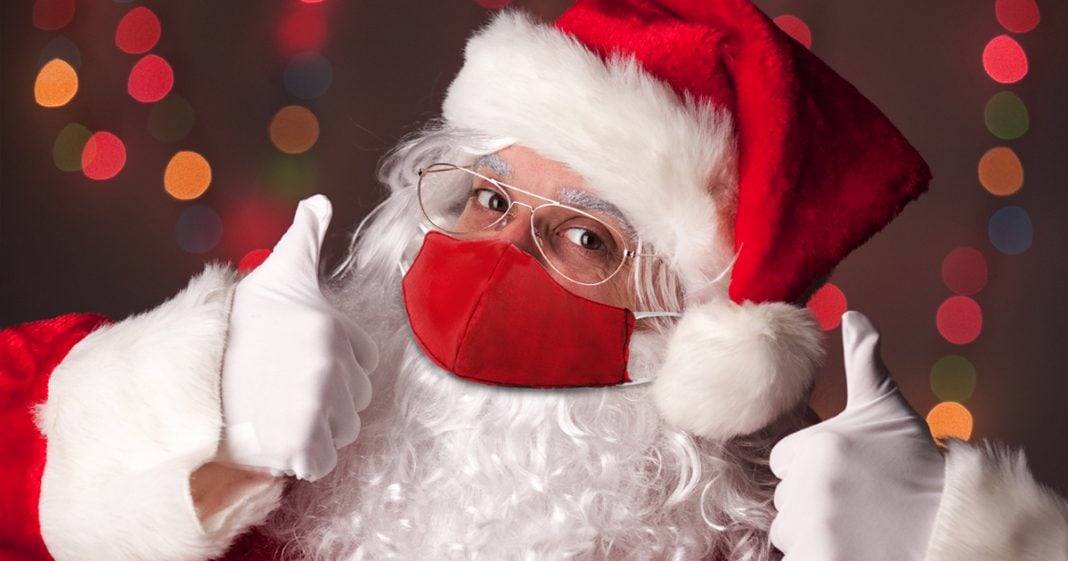 In what might be one of the most bizarre stories ever to emerge from this administration, a new report says that the Trump administration wanted to use Santa Claus impersonators to push an unproven COVID-19 vaccine as part of a $250 million ad campaign, and in exchange those Santa impersonators would get free access to the vaccine as soon as it becomes available. This propaganda campaign didn’t end up including Santa, but it did still cost taxpayers a few hundred million dollars. Ring of Fire’s Farron Cousins discusses this.

In the, a little under four years that Donald Trump has been president of the United States, we have had to cover some truly bizarre stories from this administration, but I can honestly tell you what I’m about to tell you might be one of the weirdest plans that I have ever seen, not just from the Trump administration, but from any administration in my lifetime. I’m just gonna lay it out. According to officials at the department of health and human services, up until this past Friday, there was a plan, a $250 million plan to have Santa’s impersonators pitch and promote a COVID-19 vaccine during the holiday season. And in exchange for dressing up like Santa and promoting the vaccine, you would be given early access to the vaccine. Also, by the way, the plan did, this is, this is in the plan. Also anybody who, you know, if you did it as an elf helping Santa, or if you were mrs.

Claus, you would also get early access to the vaccine. So basically anybody in all of Christmas village, um, you get the vaccine early. They didn’t say if you were playing frosty or Rudolph, you know, I don’t know about that. It may be a bit too much. We don’t need everybody from the Christmas land coming out to promote this thing. Folks, this was a real plan. They were going to put 250 million of our tax dollars into a plan to have people dress up as Santa and go on TV and tell you about a vaccine that, that this boy doesn’t even exist. It doesn’t exist. It’s not a real thing yet. This is the most insane propaganda plan I’ve ever heard. I mean, just think about this. Think about the headlines. We would see if we had uncovered a North Korean plot to do something like this, or if, or if Russia was doing somebody that we would hear about it, non-stop MSNBC would be covering it wall to wall for the next five months.

Fox news would be saying, it’s the latest war on Christmas. And here this administration says, what if we get is to be a part of our propaganda campaign to tell everybody things are great. And, uh, apparently I didn’t know this was a thing, but there is also a fraternal order of real bearded Santas. And they’re actually very disappointed that this plan didn’t go through. I, I imagine they would be, this would have been a lot of money for them, but there’s a fraternal order of real bearded Santas. They were going to be the ones playing Santa. Um, and also as a kind of side by side with this, there wasn’t just going to be Santas. They were also going to hire some big time Hollywood celebrities to do the same thing, but that also fell apart because their big celebrity, they landed, decided to back out of the deal at the last minute.

And that big name celebrity, by the way, was Dennis Quaid. That was the biggest name they could get, not trying to crap on Dennis Quaid. You’ve you’ve had a good career. Uh, but yeah, that was, that was who they could get. And then even he was like, eh, I don’t know about this. Maybe this tray’s brother, Randy Quaid. I’m if, if you can find him, I know he’s a little paranoid these days, but maybe Randy Quaid come on his, you know, cousin Eddie from the vacation series and tell people about the benefits of a COVID vaccine. This is, that would be just as logical as hiring a bunch of fake Santas to come out, sit there and say, Oh, you’ll get your Gulf infects seed. Whew. I took it fun kids that hasn’t been approved. I hope I don’t die. I don’t even know what to say. I don’t even know what to say. Like this is reality. This is what we’re living in. And up until last Friday, this plan was a go, they were absolutely moving forward with the Santa’s vaccine propaganda program until thank God somebody, believe it or not in this administration had enough sense to say, you know what, we’re going to go ahead and not have Santa’s push and imaginary unproven vaccine right before the holidays. So kudos to that person, that unsung hero of the Trump administration who finally put the brakes on this absolutely idiotic idea.