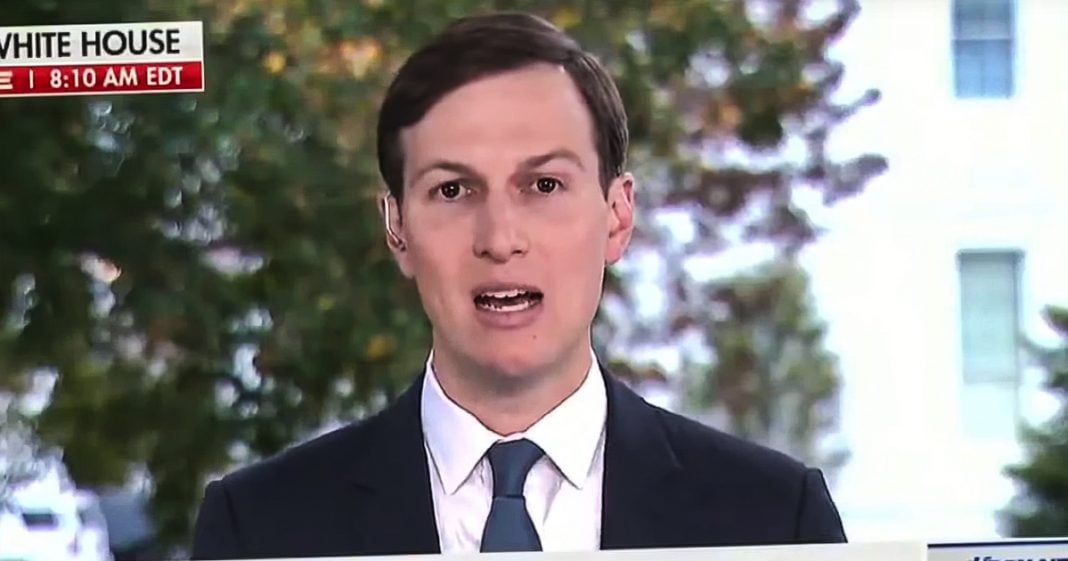 White House advisor Jared Kushner may have put the final nail in Trump’s election coffin on Monday morning when he proudly proclaimed on Fox & Friends that black Americans need to “WANT” to be successful. This is an age-old trope perpetuated by Republicans that black people are inherently lazy. The system is rigged against people of color, and Kushner is one of the people doing the rigging, as Ring of Fire’s Farron Cousins explains.

Yesterday, Jared Kushner decided to go on Fox and friends to help his father-in-law’s failing presidential campaign. But instead of helping Donald Trump, Jared Kushner did what he always does and made things show much worse for everyone, really not just Trump, but for everyone. Jared Kushner went on Fox and friends Monday morning and made a hugely racist comment by perpetuating a stereotype of black people that Republicans have been trying to sell to the public for nearly 40 years. And that is black. People are just lazy. They don’t want to work. They don’t want to do anything. Here’s what Jared Kushner said. Word for word again. One thing that we have seen in a lot of the black community, which is mostly Democrat, is that president Trump’s policies are the policies that can help people break out of the problems that they’re complaining about. Okay. First, I haven’t even gotten to the bad part yesterday.

Even reading that like that sounds like you’re complaining about it and Trump’s trying to help you, but he can’t want them to be successful more than they want to be successful. And what you’re seeing is groundswell support in the community because they’re realizing all the different, bad things the media said about president Trump is not true. Um, nothing of what you just said is true by the way, buddy, boy, they’re not realizing that, uh, 71% of black people in this country do not support your, your father-in-law. I know that’s, you know, down from, uh, 82% who didn’t support him in 2016. So he gained a little bit of ground with them. But for the most part, a super majority of them do not support your father-in-law. And I’m sure a hundred percent of them wouldn’t appreciate or support the fact that you’re out there perpetuating that horrendous stereotype that was perfected by Lee Atwater.

Oh, you have to want to be successful. That’s that’s the problem with the whole system. It’s not that we have a capitalistic society designed to only promote those at the top and prevent anybody else from actually having upward mobility. No, no, no. That’s not the problem. It’s not because the Republican party has systemically destroyed the middle class by destroying labor unions, by destroying worker protections by intentionally polluting communities of color at a higher rate than they do white communities. No, no, no. It’s none of that. It’s because black people simply don’t want it enough. According to Jared Kushner, who’s uh, pretty much, uh, been accused of engaging in racist housing policies with his business. Here’s the thing, the only reason Trump has enacted any policies that actually might help the black community here in the United States is because he thought it would improve his standing with them.

The story came out what a week or two ago that when Kushner helped push the first step act and then Trump got irate with him and insulted him and curse them out because it didn’t improve his standing with the black community. And he said, quote, why the hell did I even do this? Then he doesn’t care about them, Jared. And you know, he doesn’t, and we all know that he doesn’t because that story is also public. So you can go out there and use your racist talking points. All you want. It is not going to help his standing with anyone. All you’re doing is making people remember how horrible this man has been for them.