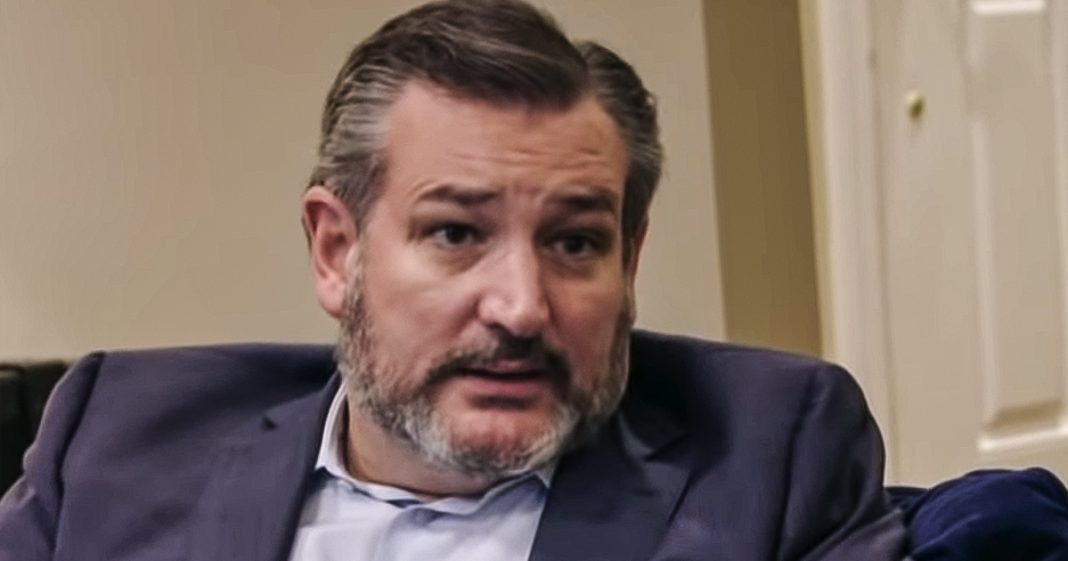 During an interview this week, Republican Senator Ted Cruz said that the attacks on Hunter Biden aren’t substantive and that they aren’t moving a single voter in Trump’s direction. This is one of those very rare occasions where Cruz is correct, as the Hunter story has been one of the biggest flops in October Surprise history. Ring of Fire’s Farron Cousins explains what’s happening.

About once every 18 months, Ted Cruz says something that I have to come out and do a video on to where I say I agree with Ted Cruz, uh, that happened yesterday during an interview with Axios is Jonathan Swan, Ted Cruz, when asked about the Hunter Biden’s story, that Donald Trump is relentlessly trying to push onto the American public. Uh, Ted Cruz says, I don’t think it moves a single voter. And this was after actually saying, uh, one of Biden’s best spots in the last debate was when he responded to Trump attacking his son. Uh, Cruz thought Biden did beautifully there. Although Cruz did say on Twitter after the debate that Trump won that hands down, uh, I don’t know what debate he was watching. None of the actual polls conducted by real pollsters found that either, uh, more than half of respondents in every actual poll said Biden one, but nevertheless cruises, correct.

The Hunter Biden story is a flop, possibly the biggest flop in the history of October surprises. It’s a nonsense harder. Why? Well, for starters, the story was filled with holes that were later filled in as illegal activity. On behalf of the people who had the information turns out, this likely wasn’t just a coincidental computer repair shop, getting their hands on this. No, this was fed to them by somebody who got their hands on this information, and then it still didn’t resonate. And the worst part for Trump is that even if all of this was legitimately gained and nothing was illegal, these text messages that Donald Trump has tried to push all of those text messages began in may of 2017, who was the vice president in may of 2017? Was it Joe Biden? No, it was Mike Pence as the same month, by the way that the Mueller investigation began Biden wasn’t in office Biden was a private citizen. Biden was allowed to do anything he wanted to, to make money. As long as it was legal, legal, obviously, um, in that deal was legal. You may not agree with it. You may have thought it was egregious, but Hey, lots of people make more money than they should, and that’s not a crime.

So anyway, the Hunter Biden story didn’t stick and Ted Cruz has enough sense to go out there and say, yeah, this is a non-starter, it’s not moving voters. If anything, it’s creating more sympathy for Hunter and Joe Biden. And now with the, um, the pictures of Hunter that have been released, that’s not sitting well with voters either. They don’t like that. That is happening to Hunter. So this all backfire spectacularly in their face. So why is Ted Cruz coming out and saying this right now? Folks, Ted Cruz still has ambition. Ted Cruz is not going away anytime soon. And Ted Cruz will, I mean, 99% certainty. I’m saying this with, uh, Ted Cruz is going to run for president in 2024. And Ted Cruz is scary to me as a politician. Not because of his policies, his policies. Yes. They’re horrid. Ted Cruz is scary to me as a politician because he’s actually good at it.

I know we talk a lot about Ted Cruz being disliked, uh, in Washington, he was disliked when he was, you know, working for the, uh, Bush campaign back in 2000, he was disliked. He is disliked, but he is a very good speaker. We’ll give credit where credit is due. And Ted Cruz is good at talking to people. He remains calm. He remains focused and he can lie to you. He can lie right to your face and tell you that the debater next to him is lying to you instead. And he can actually convince you to believe it because that’s what Ted Cruz does. Now. My opponent may not is his good. He is good at that. You know, the debate he did with Bernie Sanders, he, he, he didn’t fail as much as we wanted him to. He lied his ass off, don’t get me wrong. Everything he said was fake and false and whatever, but he has conviction when he says it. And that resonates with people who do not follow politics as closely as I guess we do. So Ted Cruz is scary. He’s one to look out for. But on this particular instance, the Hunter Biden thing, he’s right. It’s not sitting well with voters. They don’t understand it. They don’t like it. They know it’s not a crime, but Trump is desperate and it’s always got left.