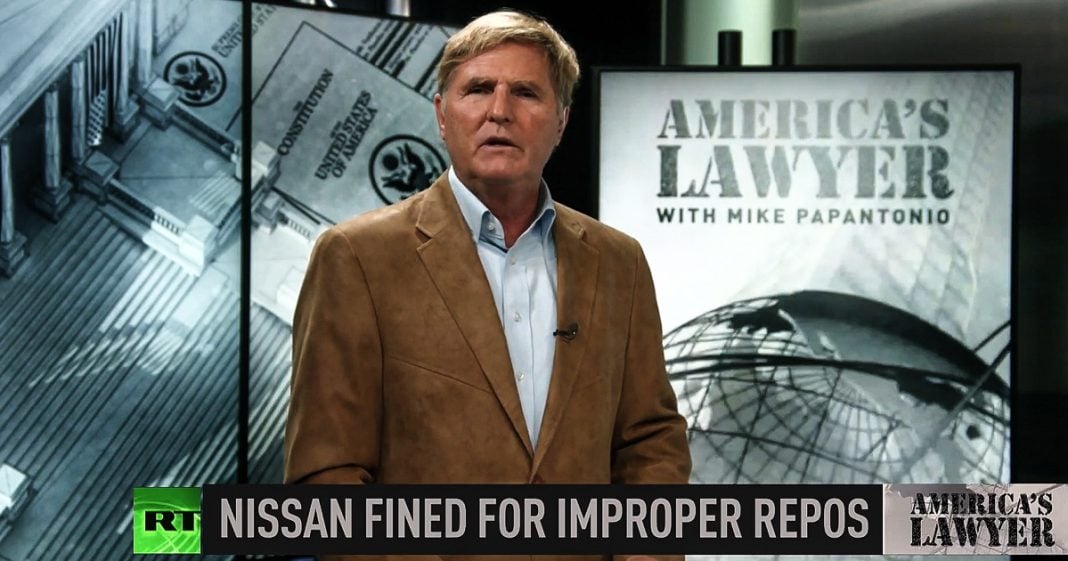 Finally tonight some good news. The consumer financial protection bureau announced that they’ve reached a settlement with auto manufacturer Nissan to resolve claims that the lending arm of Nissan illegally repossessed hundreds of vehicles from consumers. According to the complaint, Nissan’s lending branch repossessed hundreds of vehicles between the year 2013 and 2019, even though the borrowers had not yet hit the delinquency terms of their loans. The company was supposed to wait 60 days after a missed payment to take those possessions, but they were not given the, they weren’t even giving the consumers the right to make, to make it right. In addition to repossessions, Nissan also failed to let consumers take their belongings from their vehicles.

So those possessions were disposed of by the company. Unfortunately for the consumers, the settlement is small, out of the $4 million that the company agreed to pay, only a million is going to go to consumers. The lending arm of Nissan made a profit of over a billion dollars just last year while holding $55 billion in assets, making the overall settlement worth just 0.4% of their profits for a single year. But with the dysfunction that’s been common in our regulatory bodies over the past 40 years, even a small win needs to be applauded, even though this is hardly a win at all. And you gotta wonder, could they have done a better job on this settlement? My thought is, yes, they could have.

That’s all for tonight. Find us on Twitter and at Facebook on facebook.com/rtamericaslawyer. You can watch all RT America programs on Direct TV channel 321. Also stream them live on YouTube and be sure to check out RT’s new portable app, where you can watch all your favorite shows. I’m Mike Papantonio and this is America’s Lawyer where every week we tell you the stories that corporate media is ordered not to tell because their advertisers simply won’t let them. Have a great night.