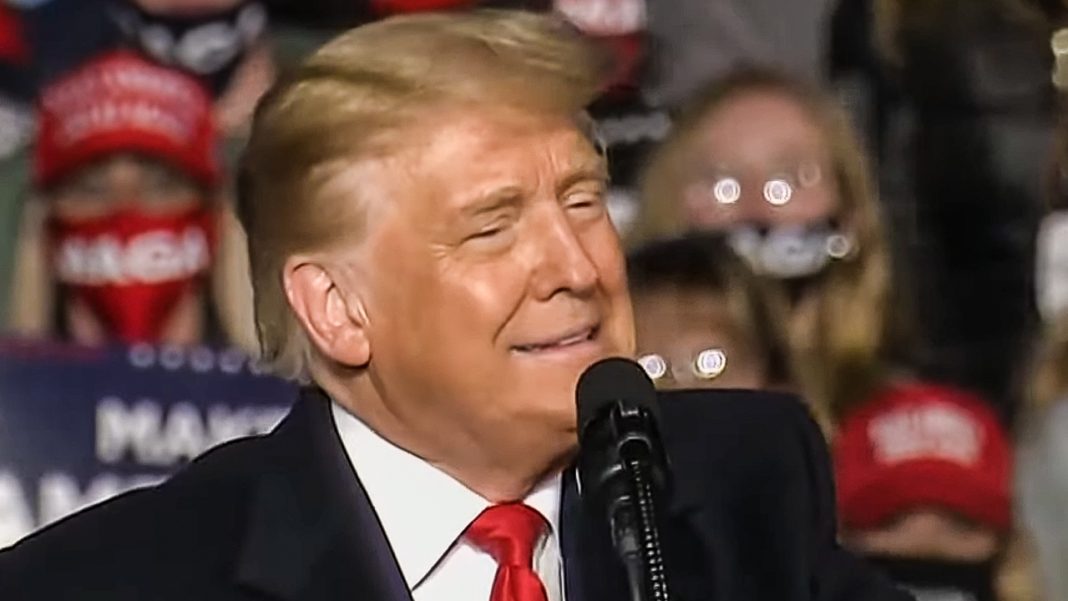 As Donald Trump continues his rally blitz before the election, he’s also bringing the coronavirus with him. Analyses have now confirmed that his rallies are causing a major spike in new COVID-19 cases, coinciding with a nationwide surge in new cases. The virus isn’t going to disappear, and Trump is intentionally endangering the lives of people he views as expendable in order to get their vote. Ring of Fire’s Farron Cousins discusses this.

Media bias is unfortunately unavoidable. Every piece of news that you read, every piece of news that you consume is biased in one way or another ground news is the world’s first news comparison platform that actually allows you to see how different outlets are spinning or even outright lying about different stories, whether it’s from the left, the right or the center ground news allows you to see how each side is spinning. Brown news is a free app available now in the Apple app store in the Google play store and via your web browser, or just click the link in the description below to get started. According to public health officials in five different cities in three different States, Donald Trump’s rallies have in fact been super spreader events for COVID-19 and the health officials looked at the hospitalization rates in their areas. The number of people hospitalized with COVID-19, uh, the number of new COVID-19 cases and through contact tracing, we’re able to determine that these were people who attended Trump’s rally or have been in close contact with people who attended Trump’s rallies.

Uh, these were two in Pennsylvania, two in Minnesota, and one in Wisconsin. These took place several weeks ago, kind of before the really big rally blitz that he has been on the past, you know, 10 days. So there’s no telling how bad this is going to affect the entire country. I mean, he is doing rallies and big cities. He is doing rallies in little cities. He’s going to red States, he’s going to blue States. He’s going to swing States. He is all over the place in every time he goes somewhere. It’s the same thing you, I mean, they, it’s a cookie cutter event. What you see, you see the people behind him all masked up, but none of them socially distanced, which is still very dangerous. But then in the crowd, no social distancing, distancing, and no widespread mask use. So they put the people with the masks behind him as the backdrop to make it seem like it’s safe.

But then all the shots of the crowd, that’s the super spreader event that’s what’s happening. And then these people go back to their homes, go back to their neighborhoods, go back to their neighboring cities or States and they bring the virus with them. What’s happening. In addition to the fact, by the way that last Friday was the highest single day, a number of new COVID cases we’ve had Saturday was the second highest day. Second, only to Friday, we’re on the upswing again as a country folks we are, and now it would be ridiculously irresponsible to say that it is because of Trump’s rallies, but it’s easy to say the Trump’s rallies aren’t helping anything, especially when the pandemic is getting worse, not better. You know, God, how many months in are we seven, eight months in, at this point, and it’s still getting worse under his leadership.

You are useful idiots to him. You are expendable to him. You are tools that he uses to account blush. M means which by or an end, excuse me, which by the way, that’s textbook definition of a sociopath. And that is what we have here with Don, Donald Trump. He is using these individuals. He has little to no empathy for them and they’re getting sick and some of them are dying. Yeah. And they’re spreading this virus to other people who might die. People who were responsible enough to not go to the rallies, but this is what’s going to happen. And this is, unfortunately, what’s going to continue to happen.

He did. God knows how many rallies this past week. There is no telling. And we’ll know those numbers probably after the election of how bad he caused COVID numbers to spike in those cities, which includes the city where I am right now. He was here last Friday, it’s going to get worse. And he as commander in chief should be the one trying to make it better. Instead of actively going out there in making the pandemic worse, he is spreading it. He himself, at this point should be considered a public health hazard because he has no regard for human life except for his own. And he is causing the virus to spread.