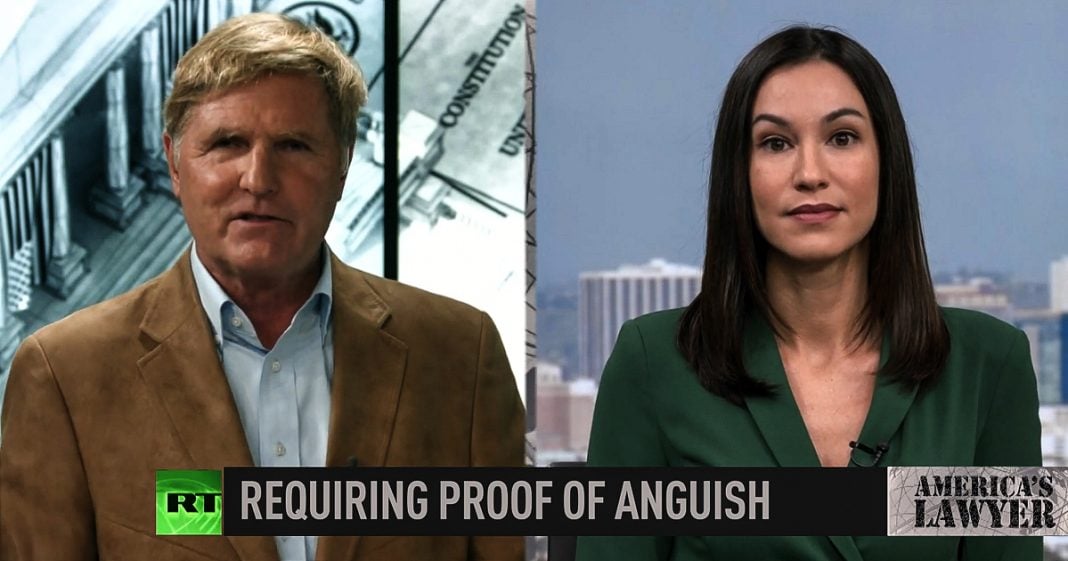 Mike Papantonio:             The Broward school district is demanding that parents turnover psychiatric records to prove that they suffered after their children were killed in the 2018 mass shooting in Parkland, Florida. Brigida Santos joins me now to talk about this story. Brigida, his is a nauseated story because the, this, this lawyer, Eugene Pettis, who’s the defense lawyer, understands that asking for these, for the psychological, well, the psychiatric records of the parents who’ve been through this awful suffering. He knows it’s harassing. He knows it’s overreaching. And he knows that it should not be anything that this court grants. What is your take on this story? It’s, it’s, it’s truly a nauseating story. It’s nauseating to see a defense lawyer take a position like that.

Brigida Santos:                   Yeah, absolutely it is. Look, the Broward County school board is demanding that patients turnover their, the parents of those students who were killed, turn over their psychiatric records in response to a civil lawsuit by those parents who accused the school board of failing to identify and stop the threat posed by the gunman who killed 17 students and staff members on Valentine’s day at Marjory Stoneman Douglas high school in 2018. The victim’s families say the demand is harassing and burdensome, while the school district says they’re necessary in a claim involving mental pain and suffering. The families have also been asked to submit evidence of financial strain, things like receipts for funeral expenses and tax returns that demonstrate loss of income. And 10 years of prior mental health records, which is unusual. The district is also asking for information on the deceased, things like cell phone numbers, death certificates, healthcare provider names, and more, basically to determine the value of each victim’s life, Mike.

Mike Papantonio:             Yeah, I’m hoping the Broward County judge that’s hearing this understands the predatory nature of what this Eugene Pettis is doing. Eugene Pettis is the defense lawyer for the school board. He’s been at this 30 years. He understands that this is way overreaching. In a typical kind of case like this, pain and suffering is part of the damages. But unless there’s something really unique about what a, what a parent is saying here, the way some bizarre preexisting problem that’s causing their suffering, unless they can show real specifics, none of this is relevant. You don’t go get the psychiatric records to say, well, we want to show that what they’re saying on the stand just doesn’t match up with what they said to the psychiatrist. First of all, it should never be, it should never be granted. And this Eugene Pettis who’s been doing, he’s a silk stocking defense lawyer. You know, this is what the guy does for a living, handles all the big corporations. This is nothing but predatory harassment. And I hope this judge will get this. The Florida Supreme court recently delivered a blow to these victims already by capping financial liability, tell me what you can tell us about that decision on this capping of liability.

Brigida Santos:                   Sure. Last month, the Florida Supreme court ruled that the tragedy is considered one single event in the eyes of the law, which caps the school districts damages at $300,000 in total. Now a jury could award the victim’s families more money, but only if the state legislature approves a new law to pay out more than the district’s insurance policy allows. That’s incredibly unlikely. Meanwhile, the Broward County school district has received $18 million from the state of Florida to build a new structure at Marjory Stoneman Douglas high to replace the building where those 17 people were murdered.

Mike Papantonio:             You know, after the Parkland shooting, Florida passed a law requiring every campus to have a police officer or armed guard present, how, it doesn’t really feel like it’s going to impact the students at all. Because in this situation, you had an armed guard there that chose to do nothing, chose to allow the shooting to go on, took no action. It was, it was a disaster. So I don’t know how this really changes anything having an armed guard present. What’s your take?

Brigida Santos:                   Well, it makes things worse for students, definitely. Since 2019, Broward County public schools has spent over $50 million on safety and security. Now, as for how it’s impacted students, a top education researcher concludes that school arrests have increased 82% since the law was passed. And that’s because more student disciplinary infractions are being reported to law enforcement, particularly less severe infractions and infractions among middle-schoolers. Rather than making students feel safer, many students say they feel threatened, especially students of color who have been targeted on occasion by campus police in incidents that have been documented on video. Campus officers also carry long rifles, including AR-15’s, like the one used by the gunman to kill those students and staff members at Marjory Stoneman Douglas high school. So it’s incredibly intimidating for students to see officers walking around with those. And according to researchers, there is little consistent evidence that the presence of law enforcement has actually decreased the number of behavioral incidents. And because school-based law enforcement may not be making schools any safer, Florida is now facing pressure to get rid of police officers on campuses. It’s also incredibly insane that they’re ramping up police security rather than changing gun laws.

Mike Papantonio:             Well, I’ll tell you Brigida, we can only hope that the judge down there sees how predatory this conduct is by Eugene Pettis, where Pettis comes in the media and says, Oh, we do this all the time. That’s ridiculous. He knows it’s ridiculous. And it’s nothing, but, but a defense lawyer and a defense organization being extra predatory to try to discourage these people from, from, from moving ahead because it’s their right to move ahead. And I’m hoping the judge will see through this scam as it’s nothing short of a scam. Thank you for joining me.