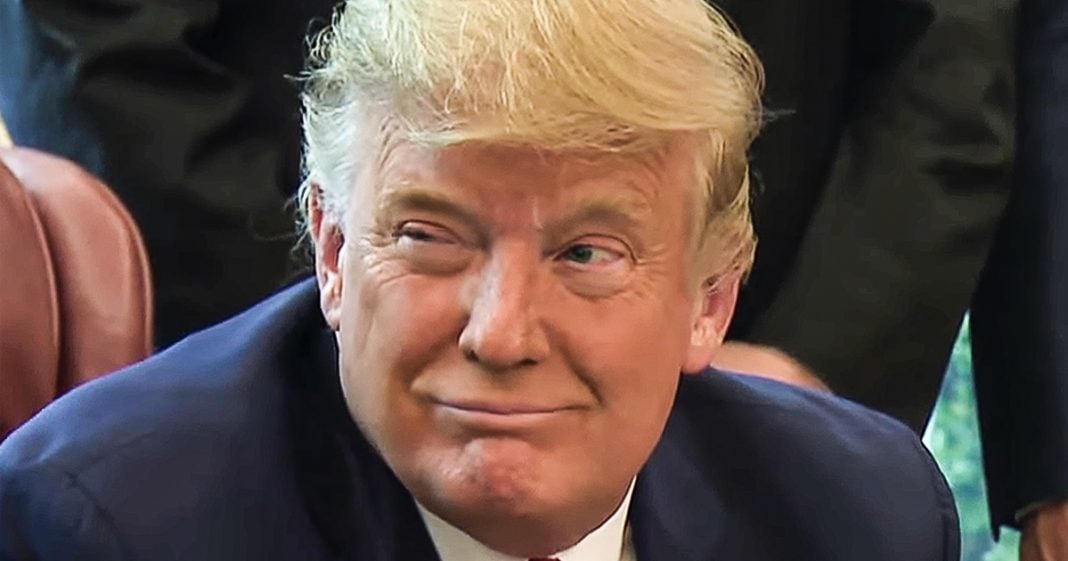 More than one dozen polls conducted by Republican groups have been released, and they all show the same thing – Trump has no chance of winning the election. This is the same thing that the polls showed 4 years ago, so are we headed for the same kind of upset win, or has the polling been corrected to reflect the true opinions of the public? Ring of Fire’s Farron Cousins explains what’s happening.

According to an analysis from CNN of internal Republican polls, more than a dozen internal Republican polls. Uh, Trump is underperforming his 2016 numbers by a big enough margin. Again, according to the Republican party’s own internal polling, more than a dozen of them, he is underperforming his 2016 numbers so badly that he now risks losing the States of Arizona, Florida, Michigan, North Carolina, Pennsylvania, and Wisconsin. So of course, if all the States that were blue in 2016 hold and Trump loses those States, I just mentioned they all go to Biden. Uh, Biden is definitely going to win this election. If, of course, all of these more than a dozen polls from Republicans themselves are accurate. Now here’s the thing polling recently last week or so has kind of been all over the place. Uh, most of them do obviously still show Joe Biden winning. Uh, they show him right now, winning in North Carolina, winning in Florida, actually tied in Georgia.

I think he was up by a point in Texas. Uh, that one kind of flip-flops daily almost at this point. Uh, he is crushing it in Minnesota. Uh, he is up in Pennsylvania. He is up in Ohio. He is up in Wisconsin, but Republicans are trying really hard to make this Hunter Biden story stick. Um, I haven’t seen any poll numbers that indicate that it has, but obviously anything could happen. I mean, look, the weekend came and went. They tried to break more Hunter Biden’s stories. Nobody was really paying attention. It’s Monday. Now people are going to be paying attention. So who knows what’s going to happen, but as it stands right now, Joe Biden has a very comfortable lead. The only thing Joe Biden needs to do is continue running ads and just be quiet, like as weird as that sounds, that’s what he needs to do right.

With, with eight days left to go, like just, just shut it. Just don’t don’t, uh, be seen, don’t go out there, make any gaffes, you know, just kind of ride this the way it’s going. Cause it’s looking really good Camila. Absolutely. She can go out. She could talk. She can, you know, mingle with people socially distance, of course, while wearing a mask, you know, she’s a good face to put on the campaign. She can be happy. She can be fun. She can dance around, you know, but Joe just, you don’t do any of that cause we, we don’t need you around people and you’ve got it in the bag. And again, this is according to the Republican’s own internal polling. And one of the reasons I do tend to believe that this polling is accurate. Um, aside from the fact that it matches up with all of the other polls are also telling us is because it’s evident in Donald Trump’s own behavior.

That to me is the telling point. The fact that he is going out there, that he is getting more and more unhinged on Twitter. You know, he appears to be losing his mind and freaking out because Biden’s not losing. Yeah. He knows these numbers are real. They’ve been telling him these numbers. He wants to pretend they’re not, but you can pretend all you want that doesn’t make it. So, so that’s the reality we’re faced with eight, eight and a half days to go at this point, hopefully this holds and not because I’m a diehard Biden fan. That’s not what it is. Trump has an existential threat to this country. He’s an existent existential threat to the way of life for many people in this country to their very lives. And that’s what we have to get rid of.

Not saying that other presidents, other parties, other, whatever, don’t pose the, you know, threats as well. But nobody does to the extent that this man does, let’s be honest about that. And let’s be clear about that. That’s why we have to hope that these polls hold deal with Biden. If he becomes president and do a, we can to try to push a progressive agenda. And if that’s not going to work, concentrate on third-party efforts and things like that. But for the time being the next eight days, the most important thing is making sure that Donald Trump does not win a second term. And if these polls hold doesn’t look like he’s going to.