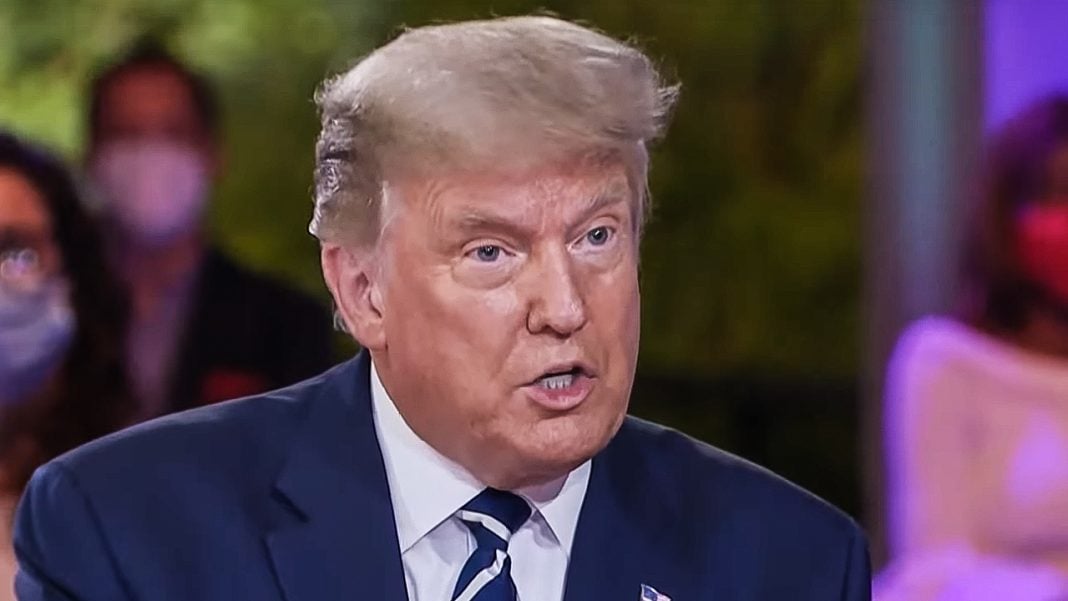 The Government Accountability Office has announced that they will be launching an investigation into allegations of political influence at the CDC and FDA, both from Donald Trump himself. According to the complaints, Trump used his power to significantly influence the actions and statements of these agencies, even causing the agencies to lie and misrepresent their own findings. Ring of Fire’s Farron Cousins explains what’s happening.

The nonpartisan government accountability office announced this week that they would be launching an investigation to find out just how much political influence Donald Trump has been exerting on government agencies, like the centers for disease control and prevention, as well as the food and drug administration. They decided to launch this investigation after a complaint was filed by senators Elizabeth Warren, Gary Peters, and Patty Murray, the three senators banded together to demand answers. Considering the fact that based on the evidence we have, Trump has been interfering with the CDC and their COVID guidelines, announcements, and data. And that’s actually coming from documents that have been leaked from the agency showing that Trump is trying to screw with things because the real data, the real science does not support his narrative. That everything is fine. So yes, that warrants and investigation.

In fact, it warrants a bigger investigation, I think, than what the GAO is going to be able to do. This is the kind of thing that sure. It’s great that we have something, you know, with the ball rolling right now, but let’s kind of just keep that ball small for now. If Trump loses and assuming Democrats retain control of the house of representatives, this is the kind of thing that Congress needs to investigate to make sure it stays in the congressional record. And I say that a lot and that’s because folks, those are things that are preserved for eternity. As long as the United States has a thing that congressional record is going to continue to exist.

And that is where this needs to be investigated. Not just because it’s going to save it for all of eternity, but also because they then have the authority to refer this out for prosecution. And that’s what needs to happen from this point forward. And that’s just what the CDC part, cause we know based on the documents that have been leaked, we know for a fact that that has happened now with the FDA, the complaint says that Trump has gone in and he has tried to alter the standards, uh, for the vaccine because he wants to get a vaccine out fast. And it doesn’t matter if it’s safe. It doesn’t matter if it’s effective. If people believe that it works, they’re going to go get it. And then they’re going to go back about their daily lives and pretend the pandemic’s not still raging on around them.

That’s what Trump wants. But the FDA, even with as dysfunctional as it is, is saying, well, hold up, man, we have guidelines. We have to keep in place. We have methods. We have, you know, standards. We are, some of us, some, most of them came from industry, but some of them are still scientists. And they’re saying, look, we have to make sure this is safe. You know, Trump himself has repeatedly said, we can’t let the cure be worse than the disease. Now not talking about the danger of an untested treatment. He’s talking about shutting down the economy. But I think in this instance, he’s right with his statement. We can’t let the cure be worse than the disease. And we can’t go out there and start injecting people with this, you know, snake oil concoction that he’s trying to push through the FDA and have it end up killing tens of thousands of people.

That’s not helpfully there. That’s just as damning as the pandemic, but he is injected himself into the approval process in the FDA. And that is what the GAO is now set to investigate. And again, I am all in favor of these investigations, but I want to make sure that they do their due diligence. And I want to make sure that they round up every single person involved in this. These are people’s lives that are gone because of what the president has done, what his staffers have done and what the people at both the CDC and the FDA allowed to be done. Yeah. Even the people at those agencies who may not have agreed with it, but they went along with it because they were just following orders. Sorry that defense doesn’t hold up in court. You’re just as guilty at this point. You could have spoken up, you could have spoken out, you could have walked out, but you went along with it and people are dead because of it. All of them have to be rounded up. All of them have to be prosecuted. Otherwise what’s the point of anything.