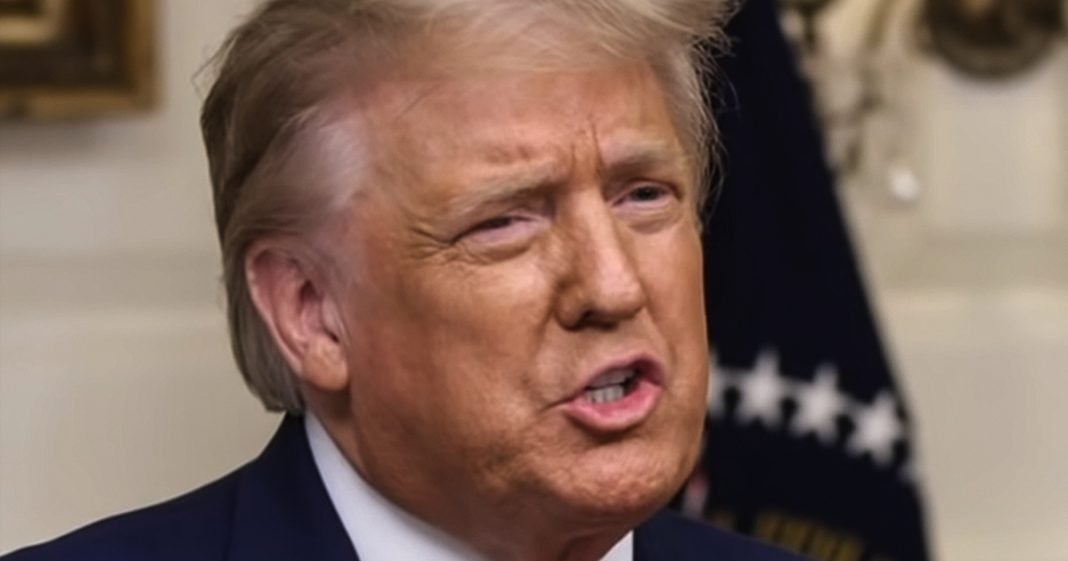 According to documents obtained by Politico this week, the Trump administration is hoping to cut millions of dollars in funding for Democrat-led cities, leaving them woefully ill-equipped to handle the ongoing pandemic. This is how the President operates – if you don’t bow down to him, he will make you suffer, and that’s no way for a President to behave. People’s lives hang in the balance, as Ring of Fire’s Farron Cousins explains.

On Tuesday of this week, Politico reported on a document obtained from the department of health and human services where HHS had identified roughly 200 programs operating in Democrat run cities that Donald Trump loves to hate. Um, talked about them relentlessly during Thursday evenings, the bait, um, 200 programs in these Democrat run cities that are funded by federal grants. That could be cut. And why is HHS looking for programs in Democrat run cities to cut while we’re in the middle of a pandemic, because that’s what Donald Trump wants them to do. This is all part of the big, uh, let’s declare these areas and kissed jurisdictions, which is a complete fabrication by the way. But this is Donald Trump’s way of getting back at blue cities and blue States simply because he hates them simply because he hates them. That is what is happening here. Folks. We are in the middle of a pandemic and according to the documents from the government agency itself, that Politico obtained the president of the United States wants to cut millions upon millions of dollars in healthcare funding for these areas, just because, sorry, room.

That’s why that’s his reasoning. That’s his rationale. These are cities run by Democrats. Screw them. I don’t care. Let them die is the president’s attitude towards these human beings. Thanks now, I don’t know. No, if he realizes this, but just because a city is blue or a city is red, you know, you can have a Republican mayor, but still have 40 or more percent of your popple population. Be Democrats. You could have a democratic mayor and have 49% of your population be Republicans. And those are Republicans, Dani, that by the way, would, would vote for you, but you’re just lumping them all in together because your area’s being run by somebody who doesn’t bow down to you. You’re willing to say, see in hell, that’s what we’re dealing with. That’s the level of pettiness coming out of the president of the United States. And I will say, I have never ever, ever seen this in my lifetime. I truly have not.

We have never, in my lifetime had a precedent. This petty, how to this shallow had a president this week. And that’s the main characteristic that often gets overlooked because Republicans love to lift Donald Trump up as the epitome of what a big macho man should be. But the man is weak as hell. That’s why he’s constantly having to go after all of these other people. That’s why he’s constantly having, having to create a villain. He’s not strong enough to stand on his own. So he has to have somebody opposing him and it’s a fabrication. That’s the only way he’s able to win these match-ups that he creates in his head because his opponent doesn’t exist, but he does have power. And he is wielding that power and he is hoping to use it in these final days before the election and to punish anyone living in a city, run by a democratic mayor.