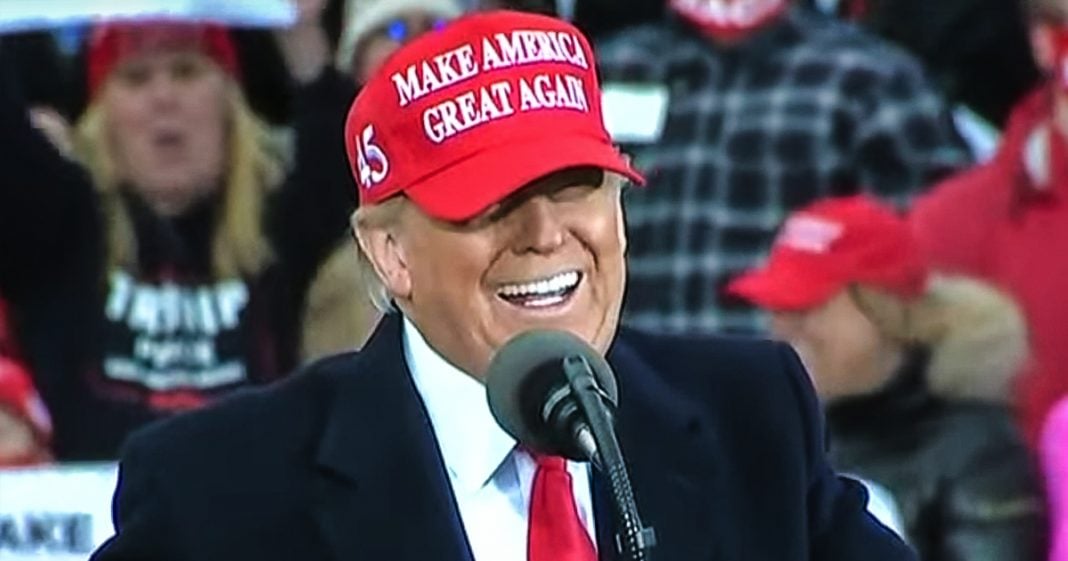 According to lawyers, at least 545 migrant children who were separated by their parents by the Trump administration are now orphans because the administration has no idea where the parents were sent. The record-keeping for this cruel practice was scarce, at best, and now real human beings are left with their lives in ruins as a result. Ring of Fire’s Farron Cousins explains what’s happening.

According to the lawyers who were appointed by a federal judge to oversee the reunification of migrant children and their parents, whom the Trump administration had separated them from. But according to these lawyers, no fewer than 545 children who were separated from their parents again by the Trump administration. Uh, they’re now orphans, because we can’t find their parents. We don’t know where the government sent them. We didn’t keep records of who their parents were and what country we, we put them back in. And when we even shipped them all and some of the kids got shipped to different States and yeah, we just, we, we flat out lost, Okay. So 545, at least new orphan immigrants here in the United States because Donald Trump wanted to be cruel. Let’s never lose sight of that. Cause I know conservatives love to say, well, you’re a button kitchen cagers during out biomer.

That’s true. That’s true. And we’ve talked about that at length. We have, um, we weren’t doing the family separation thing though, right? That’s when things got kicked up to a whole fucking Nazi level. Okay. That’s a little bit different because that is by the way, one of the things that would frequently happen in concentration camps too, by the way. So here we have hundreds and hundreds of children. They’re in a country where they don’t speak the language. They don’t know what happened to their parents. Some of them show young, they probably don’t even know their parents’ actual names. They may not be able to accurate accurately tell you where they came from. They don’t know their address. They may not even know what country they’re in because they’re so young.

And that was what this administration did intentionally. And that is the thing. Again, we always have to remember that this was intentional and it was unnecessary, but it was done by Donald Trump because he wanted this family separation policy to serve as a deterrent. That’s what they said. That’s what the documents say. We wanted to use this as a deterrent. So people looking at the United States saying, Hey, let’s make a run for it up there. We’ll hold up. They’re going to take away our kids. If we get busted, is it worth the risk? That’s what they wanted. These people I think, and this is what it’s been done because of it. And again, they didn’t keep records of this stuff. They didn’t. And that was also intentional. They’ve already been lawsuits over the fact that they weren’t keeping records of which kid belong to which parent and which parent went to which camp and which kid went to which camp in which state, by the way, we have had some of these migrants captured on the Southern border and their kids were sent up to friggin, Ohio, and Pennsylvania to for-profit orphanages. Anyway. So yeah, that’s the state of the country we’re living in right now. That is the level of cruelty we are getting from the Trump administration. And all I can say once again is for the love of God, folks for the love of humanity, don’t give this psychopath another four years.