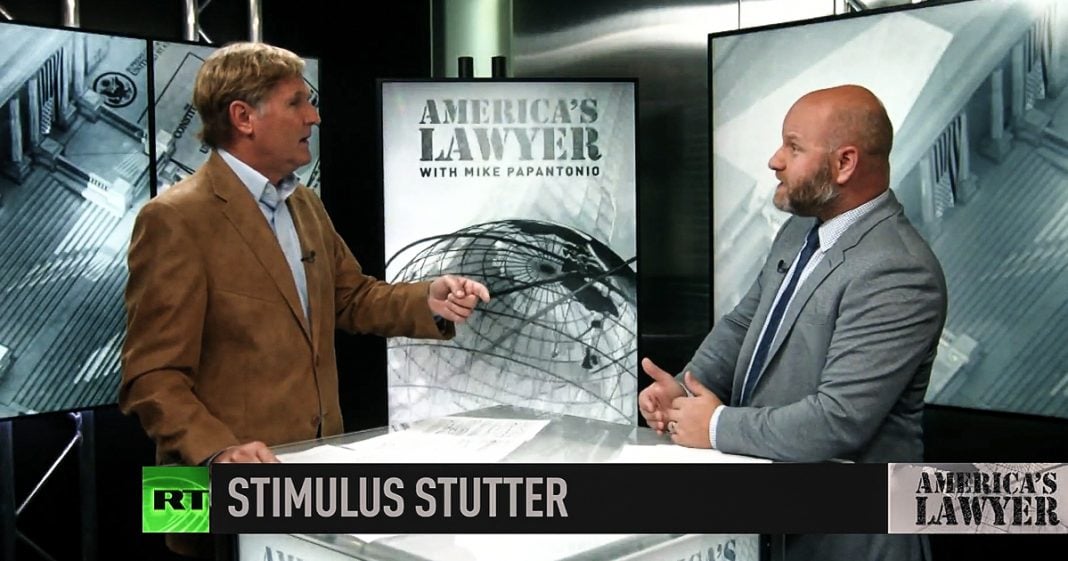 Mike Papantonio:             House speaker Nancy Pelosi has let her hatred for Donald Trump blind her to the needs of the American people. I have Farron Cousins with trial lawyer magazine to talk about this. This is a story you’ve covered a long time. You’ve been watching this whole thing take, really unfold. Right?

Farron Cousins:                  This deal that came from the white house, may not have been perfect, but let’s be honest. I mean, credit where it’s due, this was a pretty good deal. You had an extra $400 a week in unemployment benefits. The $1,200 stimulus checks with an extra thousand dollars per child, hundreds of billions of dollars for States and cities to increase their testing. This to me, I’m pretty sure is everything the Democrats wanted. So her walking away from it made absolutely no sense other than she didn’t want Trump’s name to be on it.

Mike Papantonio:             Oh she just, she hates, she hates the guy. Okay. And we’ve seen the hatred get so crazy that people make bad decisions. This is a bad decision because all they had to do, pass it in, then put it on the Senate.

Mike Papantonio:             Move it to the Senate, let the Republican controlled Senate have to struggle with this. Look, the other part of it, it’s tanking the economy, right? So if Trump loses, Biden wins, all of a sudden what’s Biden walking into, a tanked economy. It’s just, it’s just a lack of thorough thinking here, which we often see. She’s, she really is, she’s getting really old. I mean, there’s no other way to put it. I mean, just watch her, talk to her. She, you know, the whole old thing is really starting to affect her ability as a decision maker.

Farron Cousins:                  You know, we, we see that, we see it with, with Biden. We see it with Trump and we call them out on that. But Pelosi has kinda gotten a free pass and recently she did an interview where halfway through, she stops mid sentence and says, good morning, Sunday morning, out of nowhere. And everybody’s left wondering, does she, does she know where she is?

Farron Cousins:                  But, and that’s not to make fun of her. That is a very serious thing that people need to take into consideration. She’s the speaker of the house.

Mike Papantonio:             How about with Wolf Blitzer? Did you see, she goes crazy. Wolf, Wolf Blitzer starts asking her legitimate questions about, you know, you got a problem here. If Trump, if Trump loses and he’s a lame duck in here, then he’s not going to help.

Mike Papantonio:             What’s going to change? And she, rather than saying logically talking about, you know, Wolf, that’s a good point. She goes nuts. I mean, what do you, what is your take on this whole thing as it develops? Are we going to get a stimulus package before the election? Probably not.

Farron Cousins:                  Right. And the reason we’re not, and this is why I say she set herself self up to unnecessarily, be the villain, Mitch McConnell already said he came out publicly last week and said, I’m not going to touch. We’re not bringing it up in the Senate. So while Pelosi gets all this negative press, members of her own party having to call her out as a bad strategist, Mitch McConnell’s sitting back laughing and saying, it doesn’t matter what she does because I’m not going to bring it to a vote. And she still, still can’t play it correctly.