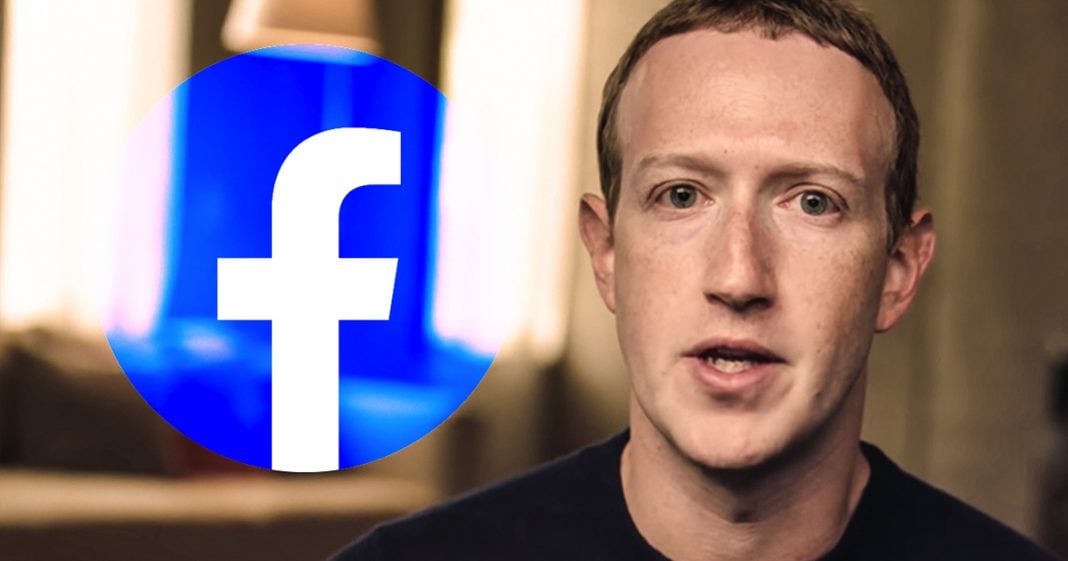 According to a new report by the Wall Street Journal, Mark Zuckerberg was so afraid of being accused of hurting conservative websites who use Facebook that he approved an algorithm change that ended up suppressing traffic to progressive websites. This guy can’t seem to do anything right, and his platform has clearly grown larger than even he can control. Ring of Fire’s Farron Cousins explains what’s happening.

According to a new report by the wall street journal, Mark Zuckerberg, himself, CEO of Facebook actually signed off on an algorithm shift all the way back in early 2017 that he knew was going to inadvertently suppress traffic to left wing and progressive news sites that use Facebook. And the reason he did this according to the report is because he was afraid. He was afraid of making an algorithm shift to suppress all political news, because at the time that’s what was going to happen on Facebook. He wanted, and I’m sure everybody remembers the reports. You know, they wanted to move Facebook back into what Facebook was supposed to be. You know, people sharing videos of their kids, people reconnecting with folks. They haven’t seen since high school or college. And it got a little too political that people were using for news sites and all that crap.

And they had said, look, we’re going to, we’re going to kind of do away with that. But instead of doing away with it and suppressing news, because he was afraid of pissing off right wing websites, the daily caller is specifically mentioned in that article. They made a shift that did suppress some political news, but mostly just that on the left, the right wing political news outlets, which by the way, each week, uh, still pretty much occupied. 90% of the top news sites circulated on Facebook. They got to keep going as, as it was left, us websites, which includes us at ring of fire. We noticed the shift downward. At that same time, we stopped using Facebook actually to a certain degree during that time because we weren’t getting the returns on it anymore. Now posting a video that would get tens of thousands of views.

And then suddenly that same quality content would get a couple hundred, you know, a couple dozen shares after coming down from hundreds and hundreds of shares. It happened to us too. And the article specifically mentions, excuse me, a mother Jones, which is a more center left news outlet. But according to mother Jones, because they rely on clicks and advertising, it cost them hundreds of thousands of dollars. Meanwhile, those clicks instead went to the conservative websites and that’s one of the reasons Facebook has become one of the largest sources of fake news in the country because they suppressed real news. And I’m sorry folks, but there is no comparison between the lies that come out of right wing media and what comes out of left wing media, because you may not like it on the left. It has a political bent and sometimes the opinions can be a little off, but the facts are facts left, wing websites have those right websites simply do not as somebody who’s been in this industry for over a decade and a half.

I can promise you that. I see it. I’ve read it. I’ve had to go through it. I do it every day. It’s fabrications, it’s pure fabrications. And Facebook was so afraid of them that they said, we’re going to suppress real news because it has a leftist bent because reality has a liberal bias and we’re going to help promote these, these right wingers. Something that to this day still happens. It still happens to this day. And in spite of that, these right wing crybaby snowflakes are still out there demanding congressional hearing saying, please books, not Sharon milestone. Oh, woe is me. No Facebook is, it’s just, that may be. Some people are waking up to the fact that you’re putting out garbage and most people most don’t want to click on garbage. There’s plenty of people who do they know it’s fake. They know it’s false, but it confirms their long held beliefs. So they click on it. Anyway, this is sick and Facebook has to be taken to task for this. And if this was happening the opposite way around, I would be saying the exact same thing here, because Facebook should have no role in who gets promoted and who gets suppressed. But that is what is happening. And according to a rule change approved by Zuckerberg himself, conservatives are full of crap because it’s affecting liberal websites far greater than it is conservatives. And that was by design.